I apologize for not posting more often the last few weeks (I seem to say that a lot lately). I’ve been struggling a lot with motivation these days.

Partly it’s that my new D&D writing gig has taken a lot out of me. It’s probably a bigger workload than I’ve ever dealt with in my life up to this point. Given my disability, that’s not saying as much as it might, but still. I’ve had very little energy left for any other forms of writing, and most of what is left over goes to maintaining my column at Massively Overpowered.

The other factor is of course the pandemic.

On the one hand this hasn’t really changed that much for me. I already work from home and don’t go out that much. Really everyone else has now been forced to live their lives how I’ve lived most of my life.

But then of course that was something I wanted to change. I’ve been working very hard the last few years to go out, experience new things, and form social connections outside of the virtual realm, and now thanks to the plague all those doors are closed to me, and I’m back where I started, at least for the time being. It’s demoralizing.

The monotony of every day being the same is starting to get to me, and that is also really killing my motivation for a lot of things, including blogging.

But I don’t want my blog to die altogether, so let’s try to throw together an update.

My D&D group is still going, albeit online. We’re using Roll20. It’s bad. I won’t sugar-coat it. Roll20 is bad. Like I want to respect it for having so many features, and we are managing games with it, but it’s so clunky and buggy.

Wanting something comforting and unchallenging, I’ve been binge rewatching Star Trek: Voyager lately. I’m not watching every episode; just the ones that jump out at me, which is roughly half of them, I’d say.

I’ll stand by what I’ve said in the past: It’s not great, but it’s not half as bad as people make it out to be. I think the worst criticism you could make of it is that it could have been so much better. It’s a show rife with missed opportunities, underdeveloped characters, and failures to live up to the potential of its premise, but if you just take it for what it is, it’s decent.

Season two was probably the best. At that point they’d gotten over the opening jitters but hadn’t yet completely betrayed the premise of being lost and struggling for survival in a harsh frontier. After that it was slowly downhill. The show lost a lot of heart when Kes left.

As far as video games, my favourite new discovery in recent months — as you might have seen from my MOP column — is Wolcen: Lords of Mayhem.

Much to my own surprise I’ve continued playing for quite a while after finishing the storyline, just grinding dungeons. I love the combat and the build system so much. The nigh-limitless build options really remind me of old school TSW, and I’m having so much fun theorycrafting. I’ve started a new character, a necromancer based on elemental damage, and I love it. I just sit back freezing enemies and setting them on fire while my zombies distract them.

I also finally got around to finally playing Nier: Automata. It’s one of those games that I liked, but I don’t get what the fuss was about. It’s more good than bad, but nothing about it strikes me as exceptionally memorable.

My biggest complaint was the side quests. I think Nier: Automata wins the award for the absolute worst side quests I’ve ever seen in a video game. None have interesting or memorable stories, most involve long tedious travel times, and many throw you against enemies that vastly out-level you, leading to crushingly long and boring fights.

I will say that I only played through it once, and I do understand that the story changes on subsequent playthroughs, so I may not be getting the full Nier: Automata experience. I’m still considering doing the extra playthroughs at some point — a friend assures me I won’t have to repeat the side quests, which makes the idea a bit more appealing — but I was pretty happy with the original ending, and I somewhat resent needing multiple playthroughs to see the whole story, so we’ll see.

In Star Trek Online, I’ve now finished the Iconian War arc, and I’m thinking I may take a break there, as it seems like a good place to pause at, and I’m starting to feel some burnout. Mostly I was happy with how the Iconian plot wrapped up. The ending nailed that morality play feel good Star Trek should have. 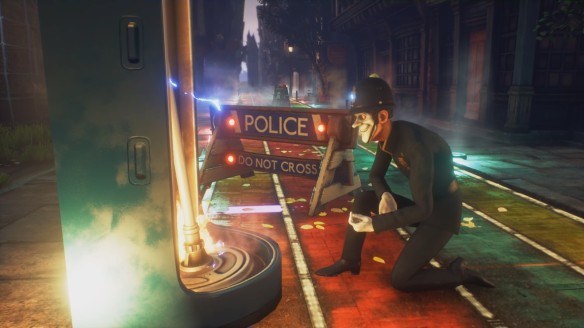 Finally, I’ve just started on We Happy Few. It’s a game I’ve been wanting for ages, but I wanted to wait for a sale in case I didn’t end up enjoying it (gods, I miss demos). I’m only a few hours in, so I’m still making up my mind.

So far I love the story, the world-building, the artwork, and the music. The downside is it is very stealth-heavy, and I’m terrible at stealth games. I had to start the game over on a lower difficulty because I was struggling too much. Thankfully I wasn’t that far in, so I haven’t had to repeat much, and so far the lower difficulty seems to be working out better.

So that’s the basics on where I’m at. Let’s hope we’re all out of this virus nightmare sooner rather than later.

I’m sorry for not posting more lately. I’ve been very busy. There are a lot of things going on at the moment I would have in the past done deep dive posts on, but I don’t have the time or energy these days. I didn’t want to leave this blog to rot, though, so I’ll do a quick rundown of all that’s new.

Firstly, part of the reason I’m so busy is that I’ve picked up another new writing gig. I’m not sure how much I’m contractually allowed to say in public right now, but I can say that it’s writing Fifth Edition adventures. It’s not for Wizards of the Coast; it’s a third party producing adventures under the Open Gaming License. It’s a fairly well-established company, though. I already knew them before I even applied for the job.

It’s also not clear to me if this is a short-term thing or something that will be ongoing for the foreseeable future. I think it depends on how happy they are with my work.

Professional game design is something I’ve always wanted to do, so I’m glad to have the opportunity, but the workload is more than I’m used to, so it’s taking a lot out of me. Someone without my disabilities would probably be fine, but for me it’s taking a lot of energy. To their credit, my new employers have been pretty patient and even made accommodations to work with my unpredictable schedule.

This has delayed work on my own tabletop game, Wyrd Street. I’m unsure if I’ve mentioned it on this blog before, but I do plan to talk about it at some point. For now the short version for those who haven’t already been told about it is that it’s a D20-based RPG about ordinary heroes in a fantastical world. It draws a lot of inspiration from the earlier sections of Dragon Age II.

That’s on the backburner while I focus on the new job, but I hope to get back to it at some point. Early play-tests were going well. I’ve gotten a lot of positive feedback. Several people have said they enjoy combat in Wyrd Street more than in 5E. 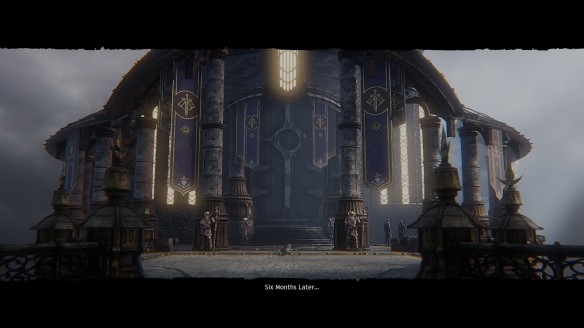 On the video game front, those who follow my column on Massively Overpowered may have noticed I got sucked into Wolcen: Lords of Mayhem. I just finished the campaign, and I definitely want to play more, but I also have a lot of other stuff in my backlog I want to get to, and while I think Wolcen’s polish issues have been exaggerated, waiting for a few more patches to smooth out some of the rougher edges doesn’t seem like the worst idea. We’ll see how I feel; the combat and the build system in that game are just so addictive.

I did finally break down and pick up Nier: Automata on a Steam flash sale recently, so I hope to get to that soon, as well. Still a lot left to do in Star Trek Online, too.

Speaking of sci-fi, now that I finally have a library card, I discovered they have the entire series of Stargate: SG-1 on DVD, so I’ve been binge watching through that.

Despite the fact I’ve seen every episode of Atlantis and Universe, I’d only seen bits and pieces of SG-1 prior to now. I got interested in it pretty late in the game, and it was never on TV at times that were convenient to me. Then I didn’t have a TV. DVDs are too expensive, and there’s never been a convenient way to stream it.

But now I’m finally getting to watch it all in order. I just started on season four, and the show finally seems to be find its footing.

I won’t lie; if I didn’t know for a fact the series gets better, I might have given up on SG-1 in the first few seasons. It’s not that it’s terrible or anything, but it’s not enormously compelling either, and some aspects of it really haven’t aged well. It does feel like it’s starting to find more of a voice now, though, and I know the best is yet to come.

I’m also binging Welcome to Night Vale pretty hard right now. I got tickets to a live show in my area for later this month, and while I know it isn’t strictly necessary, I want to be fully caught up before I go. I’ve “only” got about twenty episodes left now, though I also want to listen to the recordings of all the previous live shows, and I haven’t touched those yet.

I also finally tried one of the other shows by that company, Alice Isn’t Dead. Only listened to a few episodes so far, but my first impression is it’s really damn good. A bit Secret World-esque, and I adore Jasika Nicole’s voice. Wish I could get her to narrate my life.

Finally, when it comes to books, I just got done reading a collection of short fiction set in Ian Irvine’s Three Worlds setting, A Wizard’s War and Other Stories. It was fine and all, but I definitely expected more. None of the stories really jumped out as being super memorable. Don’t regret reading it, but it’s definitely not essential, even if you’re a serious Three Worlds fan.