I’m not normally in the habit of reposting my Massively Overpowered columns here, but as Blizzard’s games have such personal significance for me and have been such a huge part of this blog’s content, I wanted to signal boost my take on recent events.

Not So Massively: The Blizzard I loved is dead

I really hope they find the courage to make amends for this. I want to be able to forgive them.

There was a profound level of cynicism going into this year’s BlizzCon. Blizzard themselves put a strange amount of effort into telling people not to get their hopes up, and the whole community — myself included — seemed to look toward the convention not so much with excitement as fatigue.

I can’t say that pessimism has proven entirely unjustified, but for me, there is one silver lining.

A carnival of disappointment:

For the most part, BlizzCon 2018 has felt underwhelming thus far. Most of what’s been announced is predictable, uninspired, or otherwise disappointing.

World of Warcraft’s news so far consists only of a release window for WoW Classic, which I have no interest in, and a breathtakingly tone-death speech in which Jay Allen Brack sung the praises of Blizzard’s inclusive and welcoming community and then immediately pivoted into talking about Battle for Azeroth, an expansion specifically designed to divide the community and foster animosity between players.

Oh, yeah, and a new cinematic, which didn’t really offer much, actually.

Heroes of the Storm and Overwatch both got the expected new hero reveals. Am I the only one who thinks the Overwatch character looks like a grown-up version of the girl from Heroes? They’re both girls with white hair and red eyes…

Hearthstone has another new expansion, themed around Trolls this time. Maybe this is exciting for Hearthstone fans, but this just seems like more of the same to me. 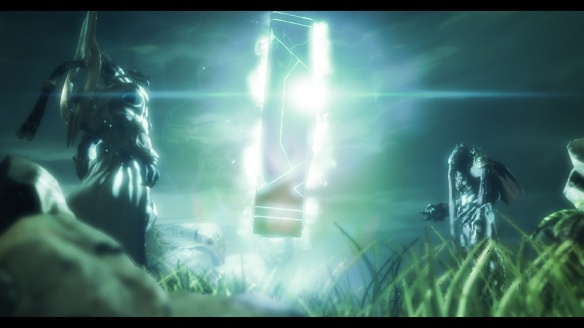 StarCraft II saw Zeratul of all people announced as the next co-op commander. This got barely a mention in the opening ceremony, and I had to go to the official website to see the trailer and get details.

My knee-jerk reaction was serious disappointment. I can think of lots of more interesting characters to become commanders. However, having looked over the preview, he does seem to have some unique mechanics to offer, most especially his ability to enhance his army by collecting randomly generated Xel’naga artifacts.

His army is also more themed around the Xel’naga than the Nerazim, so it seems he won’t just be Vorazun 2: Electric Boogaloo. So Zeratul for me has been upgraded from “couldn’t care less” to “might buy, maybe.”

I still would have strongly preferred Selendis. Seriously, she’s been one of the most requested characters since co-op launched. What do we need to do to get her in the game?

Surprisingly little hype was built around the fact everyone on Battle.Net is being given Destiny 2 for free. That seems like it should have been a bigger deal. What I’ve played of Destiny 2 didn’t wow me, but now that I own the full version, I might give it another try at some point.

Of course, I’d be remiss not to mention the new Diablo mobile game, Immortal. As these things go, it actually looks fairly cool, but as it’s mobile-exclusive, I’ll never play it. I don’t use mobile devices. Never have.

Honestly, I’m wondering if Blizzard games are just not for me anymore. The company has evolved into a new direction. There’s nothing objectively wrong with it, but it’s not the same developer I used to love. And it’s just not the same without Metzen.

However, there is one thing here that excites me.

Now this was a pleasant surprise. I thought it possible a Warcraft III remaster might come someday, but I was not expecting it so soon.

I tell you, when they rolled that remake of the original Reign of Chaos trailer, I literally started shouting “Yes! YEEEESSS!” at my monitor. Such a moment of pure nerdgasm.

It seems too much to hope for, but how amazing would it be if all the cinematics were redone like this?

Even if they’re not, the updates to the in-game graphics are almost cinematic quality. It’s stunning. This is not a slapdash effort like the StarCraft remaster. This is a true modernization. In fact, the official site describes Reforged as a true remake, including balance changes and gameplay tweaks.

My one complaint is that it’s a bit over-priced. Pre-orders are already live, and even the base version is a whopping $40. Even considering what an impressive effort this is, that’s a steep price for a game from last decade with no new content.

I suppose I should try not to get too hyped. The other game remakes I’ve played — even good ones like The Age of Empires Definitive Edition — didn’t hold my attention for long. At the end of the day, it will still be a nearly twenty year old game I already played to death.

But Warcraft III was my favourite game of all time, at least until TSW came along, and even now it’s kind of a tie between the two. The thought of bringing it into the modern day brings out my inner twelve year old and sends a shiver of excitement down my spine.

If nothing else, I hope this encourages people who never played Warcraft III to give it a shot. It’s a true classic, and one of the greatest epic stories in gaming.