BlizzCon is once again upon us. After an utterly cringey video trying to sell the Blizzard community as some warm and welcoming place (a notion easily disproved by 30 seconds in WoW), the announcements started coming hard and fast. And yet in all that news, I found very little that excites me.

The Battle for Azeroth begins:

Let’s get the biggest news out of the way. The next World of Warcraft expansion is Battle for Azeroth, focusing on the war between Alliance and Horde.

So many awesome expansion ideas. So many potential plot threads. And they decide to once again flog the same dead horse they’ve been trying vainly to resurrect for over ten years. What a waste.

The thing is, we know this is a story that can’t go anywhere. No faction can either win or lose. We already went down this road in Pandaria, and while there was some great story-telling along the way, it was a story that ultimately went nowhere and changed almost nothing.

It makes the characters out to be such numb-skulls, too. By working together, the Alliance and Horde just defeated the most powerful army in the entire universe and saved countless trillions of lives. And now they’re back to clubbing each other over the head for land. Sure, that makes sense. 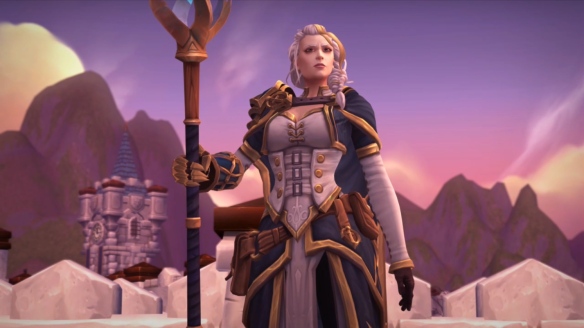 And honestly, it’s just depressing. Every day I wake up to news of the world spiraling deeper into hatred and despair, intolerance and paranoia spreading like wildfire, conflicts that will never be solved claiming more and more innocent lives. Do we really need that in our entertainment, too?

To add insult to injury, Azshara will be in this expansion as a raid boss, but that means we’ll never get an expansion all about her. The most legendary and exciting villain left in the Warcraft universe is being thrown away as an afterthought. It’s like if Wrath of the Lich King had been just one tier.

Now maybe — maybe — if she’s the last boss of the expansion, if it turns out everything else builds to her, maybe they might be able to do her justice. But I’m not hopeful right now.

I’m not sure if this is a silver lining or salt in the wound, but a lot of the actual features of the expansion are things I like. There’s two new continents this time, Kul Tiras and Zandalar, and those are both places I’ve wanted to see in the game for a very long time. I just wish they weren’t tied to such a pathetically dull meta-plot.

This time the continents are actually faction-specific, though you can access the other at max level. My guess is as an Alliance player (for example) you will never have access to Zandalar’s main stories, but you will be able to do world quests and dungeons there.

The most big ticket feature, at least in my view, is the oft-requested sub-races, though Blizzard is calling them allied races, and mechanics-wise they’re closer to full new races. There will be six at launch — including two new types of Elves — with more coming later.

Oddly, you’ll have to unlock the right to play these new races. The cynic in me is expecting some terrible pointless grind, but maybe it will be more story-driven like artifact quests, in which case it could be fun.

The new content types -Warfronts and Island Expeditions — are the sort of thing I’ll need to see in action to form an opinion of. And we’re getting a new artifact, but this time everyone gets the same artifact, and it’s a necklace. So basically the artifact system is continuing minus everything that made artifacts interesting. Sure, why not?

There will be leveling changes, as well, and at least some of these will be available before the expansion launches. While they’re not implementing the “One Azeroth” system I dreamed of, they are expanding level-scaling to give the old world broad level ranges. Legacy content is still irrelevant to max level players, but at least leveling will now flow a bit better. And you can skip Outland.

It’s unclear what, if any, other changes there will be. The plot of the expansion includes massive geo-political changes, most notably the destruction of Teldrassil (which means Horde are bad guys again, because absolutely everything about this has to be as tired and stale as possible, apparently), but there’s no talk of actual world changes. Will it be a phased thing? Will it only be in lore and not reflected in gameplay? You’d think if they were doing another Cataclysm, that would be a big headline. 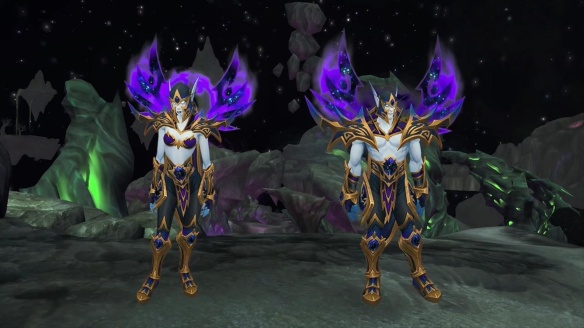 Battle for Azeroth is also missing a lot of other things I was hoping to see: No playable Vrykul, no new character customization, no new classes or specs.

Eh… I don’t know, man. I can’t muster any enthusiasm for any of this right now. Not even new Elves, and that’s a red flag if ever there was one.

Here’s something no one saw coming: Blizzard is finally caving and planning to implement official vanilla servers.

There are a lot of people with a lot of very strong feelings on this. I’m not one of them. Honestly I never really saw the appeal. There are a few things I’d like to able to revisit about classic WoW, but it’s not enough of a draw for me to want to actually put in the time needed to actually level through it all.

I just don’t have much to say about this. I’m including mention of it for the sake of being thorough, but I just don’t care either way.

If there’s one thing about this BlizzCon I’m unabashedly excited for, it’s the new StarCraft II co-op commander(s): Matt and Mira Horner. 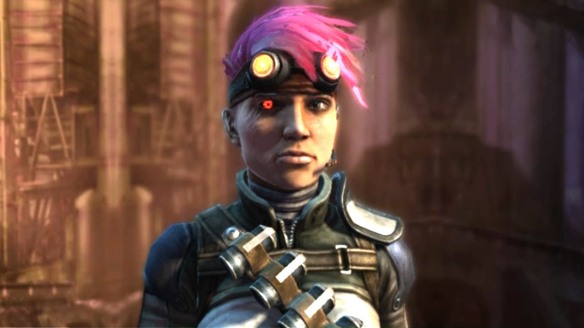 The idea of Matthew and Mira Han being a joint commander has been floated in the community a couple of times, and I’ve loved the idea from the beginning, but I never imagined Blizzard would actually do it. That they have is just delightful. The banter, people, think of the banter!

The gameplay video makes them look so fun, too. You can crash a space station into your enemies!

They will also be implementing the winner of the fan-made co-op map contest, though at this point I think I want a map veto more than I want new maps, so I’m not so excited for that.

The other news is that StarCraft II is about to go free to play… which is a little confusing, because it already is. And while the new update will relax some of the restrictions on non-paying players, it won’t eliminate them entirely, so really this is just a marketing gimmick more than any meaningful change.

But if it gets more people in StarCraft II, that can only be a good thing. Even if it’s winding down now, SC2 is one of the best things Blizzard’s done in the modern era.

Blizzard’s other titles have gotten pretty much the news you would expect. Overwatch is getting a new map and hero. 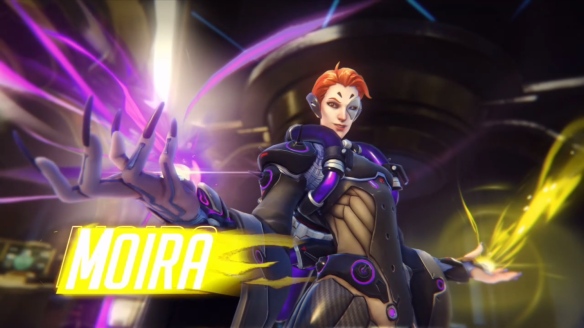 The map is BlizzardWorld, a theme-park based on Blizzard’s non-Overwatch games. It’s the most meta thing in the history of meta. The Protoss section is so beautiful I almost cried, though, and I admit I did laugh at “Snaxxramas.”

The new hero is an evil Scottish scientist named Moira. She’s a support.

They also had another animated short (about Reinhardt this time), which once again gives a hint of how amazing the Overwatch universe could be if Blizzard actually did anything with it, but they aren’t, so my ability to care is pretty much gone at this point.

Heroes of the Storm announced some general tweaks, including what appears to be massive nerfs to all stealth heroes, plus two new heroes: Overwatch’s Hanzo and Warcraft’s Alexstrasza. My enthusiasm for Heroes is greatly diminished these days, but I have to say the cinematic for those two was absolutely nerdgasmic. Man, I wish my Elven characters in WoW could look like Alex did there.

I’m probably reading too much in, but I was also intrigued by the repeated hints to “events in the Nexus” that will be unveiled at a later date. Not sure what that means, but it sounds important. Again, I may be reading too much in.

Finally, Hearthstone is of course getting another expansion, Kobolds and Catacombs. This was mainly amusing for watching the developer tie himself in knots trying to describe an expansion based on Dungeons and Dragons without using the phrase “Dungeons and Dragons.”

I have to be honest: Mayhap soon the disappointment will wear off, or things will turn out better than I expect, but I have never questioned my Blizzard fandom as much as I am right now. This is a pretty big BlizzCon for news, and the only thing I’m genuinely excited about is a minor patch for StarCraft II. That’s bad.

It boils down to this: I became a Blizzard fan for the stories. Say what you will about Blizzard’s story-telling, but it always made me happy, since I was a little kid. But now we’ve reached a point where every single one of Blizzard’s franchises seems to have given up on story altogether, except Warcraft.

And Warcraft? Well, the Legion’s gone. Azshara’s about to be gone, and apparently she’s just being thrown away as a side story instead of being treated as the epic legend she is. There’s still N’Zoth, but as much as I’ve enjoyed the build-up around him over the years, I don’t really have much emotional investment in him.

It’s hard to imagine a future where I’m not a WoW player, but I think Blizzard may have finally run out of stories that I want to hear in that universe.

And I just don’t know where I go from here.

1 thought on “BlizzCon 2017: Battle for Azeroth, the Horners, and Questioning My Fandom”