I have not, as a rule, been terribly impressed with the newer crop of Star Trek shows. Discovery starting out appallingly bad, and after years of improvement has only clawed its way to “watchable, just barely.” Picard had some very high highs, but also some major lows, and overall it felt too bleak and cynical to really feel like Star Trek. I watched one episode of Lower Decks, and that was one too many. 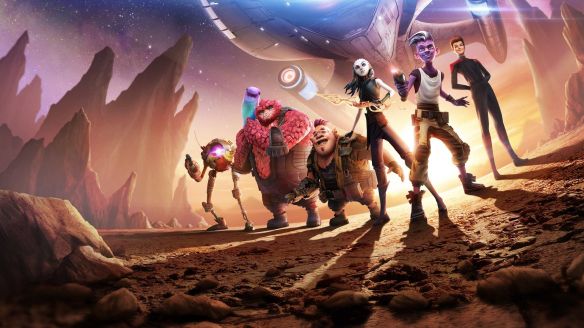 I’m also not generally a fan of shows aimed at younger audiences. I can make occasionally exceptions, but usually I find them dull.

So it goes without saying that I had pretty low expectations for Star Trek: Prodigy, a new cartoon aimed at bringing a new generation of kids into the franchise. It’s perhaps a bit surprising that I even gave it a chance at all.

But what’s even more surprising is how incredibly good it turned out to be. As of the mid-season finale, I think I’m ready to declare it the best Star Trek show since Enterprise.

It’s not perfect, of course. There is a lot of very forced humour aimed at young kids that I find just plain cringe-worthy, and the half-hour format does leave some of the stories feeling a bit rushed (though somehow still less rushed than most of Discovery). It also tends to play fast and loose with the continuity of the Star Trek universe — not to an extent that really bothers me, but I know some people are off-put by the show’s fuzzy chronology and geography.

But despite these flaws, it still manages to be a very strong show.

Alone of all the new Trek shows, Prodigy feels like it’s hit a balance of being both fresh and faithful to what’s come before. The fact that none of the characters are Starfleet — none of them had even heard of the Federation before stumbling upon a derelict ship — gives us some fresh perspective on the universe, and allows us to have a more fractious and flawed cast, as opposed to the squeaky clean Starfleet crews we’re used to.

At the same time, we see the crew learning to come together and triumph despite their differences, and nothing could be more true to Star Trek than that. Prodigy is bringing back the franchise’s trademark optimism in a way that feels natural and earned.

I will also make another bold claim: Of all Star Trek shows in the franchise’s long history, Prodigy is doing the best job of balancing episodic stories with ongoing arcs. Every episode feels like its own satisfying adventure and advances the meta-plot in at least some small way. It’s neither the breathless sprint to the finish of Discovery and Picard, nor the “reset button” formula of The Next Generation and its spin-offs. I’m not sure even Enterprise struck this balance so well.

And to all that an endearing and diverse cast of characters, lots of action, and truly alien worlds courtesy of the animation format, and you have a formula for a thoroughly enjoyable show.

I even like Janeway now! I never liked her before. Turns out she’s a solid character when she has consistent writing.

I don’t do reviews on this blog much anymore, but Prodigy deserved some gushing. I’m not ready to declare it the best Trek series ever or anything; it still has a ways to go before I rank it alongside The Next Generation or Enterprise.

But I can say this much: Counting the Abramsverse movies, Prodigy is the fifth new installment of Star Trek since Enterprise was cancelled, but it’s the first time out of all of those I’ve found myself thinking, “Yes! Star Trek is back!”