No, I’m afraid there aren’t any plans for a World Spectrum film just yet — although if anyone reading this is a movie producer interested in throwing me large sums of cash for the rights, I’m all ears. This is a “just for fun” post.

Odds are my books will never be adapted to film, but that doesn’t stop me from fantasizing about the idea occasionally. In the course of those fantasies, I’ve come up with a lot of ideas for what actors and actresses I would like to see portray the main characters, and I thought I’d share my ideas.

I’m trying to base this both on the actors’ phyisical similarities to the characters and my confidence in their ability to capture the characters’ personalities. For some characters, I’m torn between a couple of options. In those cases, I’ll list all my potential choices. 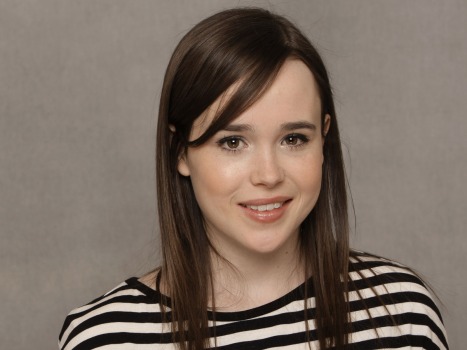 If I was basing things purely on appearance, Ellen Page would be the uncontested choice to play Leha. She doesn’t look exactly like how I imagined Leha, but she hits all the right visual notes, so to speak.

She’s nice-looking, but not traditionally beautiful. She’s short, she has dark brown hair, and she has a rounded face and girlish features that make her look younger than she is.

However, I don’t have much personal experience of her acting outside her guest role on Trailer Park Boys when she was a kid — she’ll always be Lahey’s daughter to me. So while I have heard many good things about her acting, I can’t be entirely certain that she’d pull off Leha’s intensity.

That brings me to my other choice. Katee Sackhoff — better known to Battlestar Galactica fans as Kara “Starbuck” Thrace — is a woman who absolutely exudes charisma. She’s infinitely likable and a favourite of sci-fi geeks everywhere, and her role on BSG showed she will not shy away from physically and emotionally intense roles. She is an absolutely perfect choice to portray Leha.

While not as close as Ellen Page, she also looks a fair bit like Leha. Just needs some hair dye.

I must admit, Drogin was the character I most struggled with in coming up with this list. I really couldn’t think of anyone who made me think, “Yes, he should absolutely play Drogin.”

The best I could come up with was Tahmoh Penikett, another BSG veteran. Now, don’t get me wrong; I’m a big fan of Mr. Penikett, and I greatly enjoyed him on Galactica. I’m just not sure he’s the right choice for Drogin.

But he’s got a very likable air about him, which is the most important quality needed to play Drogin, and he does bear some resemblance to Leha’s brother — if Drogin fell out of a handsome tree and hit every branch on the way down.

Okay, James McAvoy doesn’t look much like Yarnig. He’s got brown hair and blue eyes, but the resemblance largely ends there. He’s how Yarnig wishes he looked.

But I do have great respect for him as an actor. In X-Men: First Class, his portrayal of Professor Xavier held up in comparisons with Patrick Stewart, and that is no mean feat. I found he displayed a lot of maturity as an actor, and I think he has the subtlety and care to play a character as vulnerable and conflicted as Yarnig Tor Lannis.

I recently got around to watching the first season of the historical drama Vikings. One of my first thoughts upon seeing the show, particularly Katheryn Winnick in her role as the shieldmaiden Lagertha, was, “Oh my God, it’s Eranna.”

Aside from being slightly too short, Katheryn Winnick is a virtually perfect match for how I imagined Eranna’s appearance. It’s eerie.

I’m not a huge fan of her character on Vikings, but that’s down to the writing, which tends to make her fairly one-dimensional. I have never been given cause to complain about Ms. Winnick’s acting, and I think she’s got the dignity and the gravitas to pull off Eranna’s stoic personality. 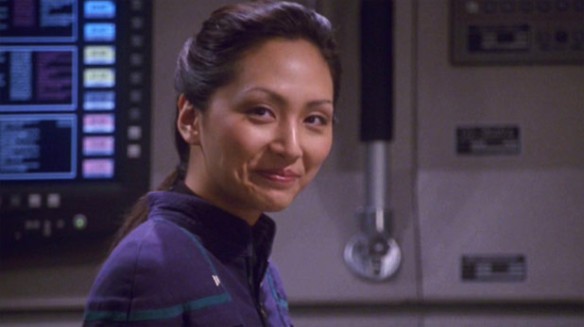 This is another one where it’s down to better visual match versus better potential acting capability.

Linda Park is physically a perfect choice for Natoma. In retrospect, I think I may have even subconsciously modeled Natoma after her to a certain extent.

However, I’ve only ever seen her in one role — that of Ensign Hoshi Sato on Star Trek: Enterprise — and while I think she did very well in that role, it was about as far from Natoma as you can get, and I can’t say for certain if she’d it be a good pick to capture Natoma’s personality.

She is a trained dancer, though, so perhaps that could translate well to Natoma’s graceful fighting style. 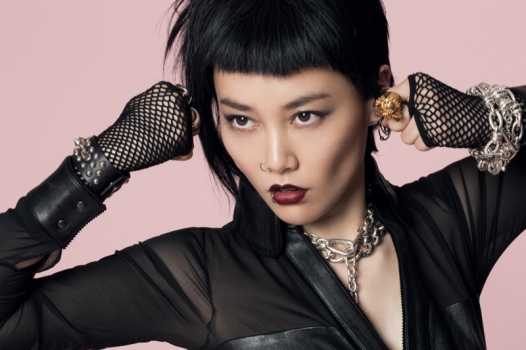 On the other hand, Rinko Kikuchi doesn’t look much like Natoma aside from being a beautiful Asian woman, but I was very impressed by her intensity in Pacific Rim. She clearly has no trouble playing tough and determined characters, and I’m quite confident she’d do Natoma’s personality justice.

The Lost Ones are sufficiently inhuman in appearance that I think any World Spectrum film would rely on CGI to portray them, similar to how Gollum was handled in the Lord of the Rings. That means we’re just looking for someone with a good voice.

The gamers who read this blog will likely know Jonathan Adams from his roles as the archangel Tyrael in Diablo III and Xuen the White Tiger in World of Warcraft: Mists of Pandaria.

Adams’ voice is a deep, rich baritone with a noble quality to it. That also happens to be exactly how I imagine the voice of Doga, the World Spectrum‘s resident noble savage.

Like Doga, Benefactor is a character who would only require a voice actor, his alien form being better suited to a portrayal through special effects.

I tend to imagine Benefactor’s “voice” as very cool and calm, with a minimum of emotional inflection and a certain detached nature that comes from how differently his kind views the world compared to humanity.

Plus, I’m a big fan of Star Trek: The Next Generation.

So Brent Spiner seems like a pretty good choice. His voice has the right sound to it, and he’s obviously used to playing characters that are a few steps to the left of human. 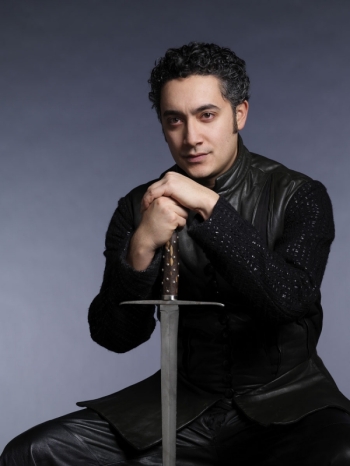 I’m not sure anyone on this list matches their hypothetical role as perfectly as Alessandro Juliani fits Prince Tyrom.

Here we have a fair-skinned, dark-haired man of Mediterranean descent. He’s got a refined sort of handsomeness about him, and his role as Felix Gaeta on Battlestar Galactica left me with little doubt as to his acting ability.

He’s also a classically trained opera singer. This additional talent is what puts him over the top for the role of Tyrom. Tyrom’s singing and the power of his voice are crucial parts of his character, and any actor seeking to play him would need to bring some musical chops to the table.

The only potential problem with Mr. Juliani is that he is perhaps a little too old at thirty-eight, considering Tyrom is supposed to be in his early thirties and fairly youthful looking, but even so, he still seems like a fantastic choice.

This list is turning into a BSG reunion, isn’t it? Ah, well…

I was always a big fan of Nicki Clyne’s character, Cally, back when Galactica was on the air. I admired her unique mix of girl-next-door charm and fierce tenacity.

That combination is very similar to how I imagine Breena. Most of the time, she’s seems a meek sort — likable in a quiet and shy way. But at times of great duress, her Clanswoman blood shows through in her unwavering loyalty and determination.

For this reason, I think Nicki Clyne would be a strong choice to play her. She’s an adequate visual match as well. She is much prettier than Breena, but… I find that thought doesn’t bother me too much.

Joseph Gordon-Levitt has been getting a lot of attention lately, starring in a number of blockbuster films. I’ve only had a little experience with him, but what I’ve seen, I’ve liked. He seems a competent actor with a lot of charisma. Alistos is a complex and subtle character with a varied emotional arc, but I think Mr. Gordon-Levitt would be up to the challenge.

He also looks an awful lot like how I imagined Alistos. Dark hair, handsome, fairly young.

What do you think of my choices? If you have any suggestions of your own — especially for Drogin — feel free to share them in the comments.