Blizzard has at last released the third and final installment of its Nova Covert Ops story DLC. Having waiting for all three parts, I played through it all in one go. 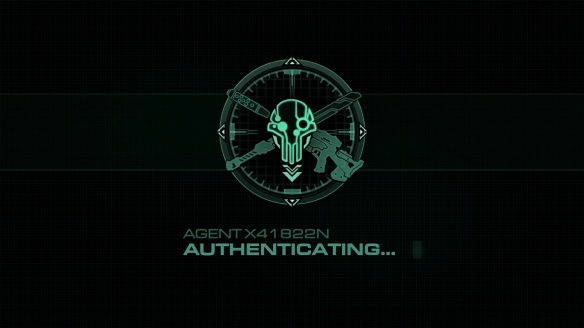 Despite the fact Nova is one of my favourite characters from all of fiction, I admit I had a fair degree of trepidation going into Covert Ops. Legacy of the Void was a really tough act to follow, and with DLC there’s always the concern that quality will drop, that it will turn out to be just a cheap cash grab.

I shouldn’t have worried.

As revealed in its initial trailer, Covert Ops begins with Nova awakening in a mysterious lab, with her memory wiped. A message on her visor warns her of imminent danger, spurring her to enact a daring escape from her mysterious captors.

What follows is a blisteringly fast-paced adventure as Nova discovers a conspiracy that threatens to bring the Terran Dominion to its knees and cost countless innocent lives.

In practical terms this takes the form of a nine mission campaign in which the player commands both Nova herself and the elite black ops forces under her command. 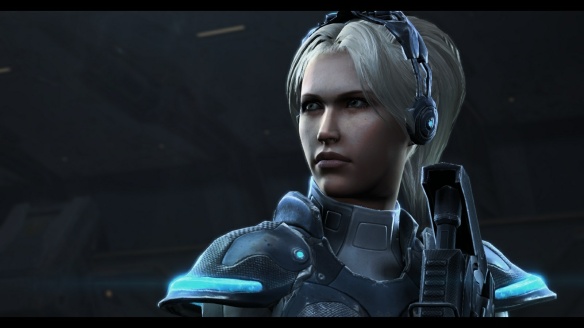 As with previous StarCraft II campaigns, there are unique progression mechanics that allow your troops to grow in power and gain new options as the campaign progresses. In this case, the mechanic is equipment, for both Nova and her units.

Nova herself can choose from a variety of guns, gadgets, and different types of armour to radically alter her stats and abilities. Weapons include everything from her standard sniper rifle to a shotgun, a lightsaber, and even more exotic options still, while different armours can boost her energy, permanently cloak her, or even grant her the use of a jetpack similar to those used by reapers.

Unit equipment is a little different. There’s a shared pool of upgrades, but each upgrade can only be equipped to one unit type. If your siege tanks have spider mines, no other units can equip spider mines. Certain upgrades can have different effects depending on the unit, too, so it’s important to check all the possible combinations.

The number of options is impressive, especially for such a short campaign. If you factor all the possible combinations of different guns and gadgets Nova can equip, there are in essence a few dozen different versions of Nova you can play with — at least. Want to be a tanky melee brawler? Go for it. Want to be a stealthy ranged sniper? Also cool. Want to dance up and down cliffs, hurling grenades left and right? Yeah, you can do that too. And that’s not even the limit of all the different things Nova can do. 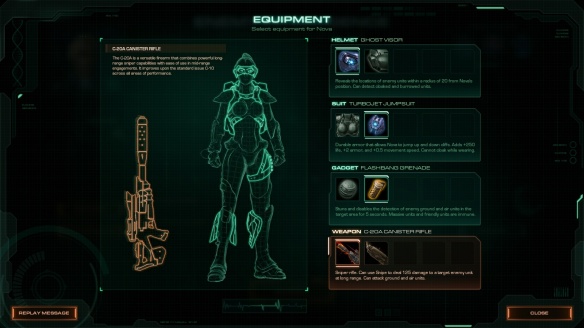 The mission design takes this versatility into account, too. Some missions have been specifically designed to have many different potential strategies that can lead to victory, from stealth to brute force and everything in between. The amount of thought that has gone into some missions is truly impressive.

Mission design has always been one of StarCraft II’s greatest strengths, and even after all this time, they’re still coming up with creative new ideas. Highlights this time included a high speed getaway on a vulture bike that practically turned StarCraft into a driving game, and a very clever mission that played out almost like a choose your own adventure novel, allowing you to dictate what to face and how the mission would play out. Incredibly clever.

And that’s without even getting into the seamless way the campaign blends between traditional RTS gameplay, RPG segments (including some epic and intense boss fights), and more exotic sequences like the aforementioned vulture scene.

There’s a still a certain bias towards shorter missions and missions with hard time limits, but there are also a few that take a more sedate pace, and overall the campaign feels pretty well-balanced.

They didn’t skimp on the difficulty, either. I was only playing on hard, but even so the final missions were incredibly nail-biting. As I’m writing this, I still haven’t entirely come off my adrenaline high. 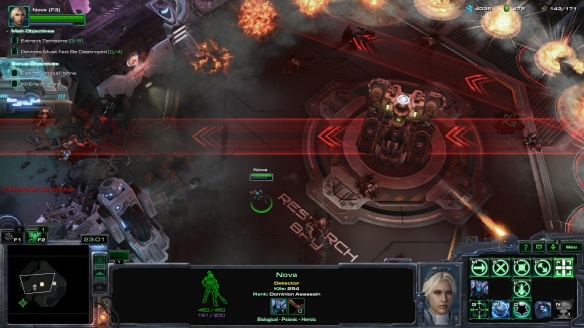 Of course you can always play on lower difficulties if you’re not in the mood to test yourself too much, but if you want to push your skills to the limit, Covert Ops definitely delivers.

The past doesn’t matter:

Covert Ops is virtually flawless from a game mechanics perspective, but it doesn’t disappoint on the artistic front, either.

Visually it’s a great experience. The graphical fidelity of Blizzard’s cutscenes just keeps getting higher, and there’s plenty of them to enjoy.

The in-game graphics are holding their own, too. Blizzard’s good at giving their games ageless artstyles, so while StarCraft II is a few years old now, it doesn’t look it, and they’re still making improvements. In a ruined cityscape, skyscrapers fall to form bridges over chasms. On an ice world, you can see frost form on your units’ armour.

The music is also excellent. In a departure from the guitar-heavy sounds we’re used to from the Terrans, Covert Ops’ soundtrack leans more on synth and orchestral sounds reminiscent of Mass Effect (yet another case of overlap between the two franchises — seriously, I just learned there’s a ship in Andromeda called the Hyperion; come on, man).

The story is, in a word, fun. It’s very intense and thrilling, with little chance to catch your breath, and it captures the cool factor of being an elite ghost operative very well. 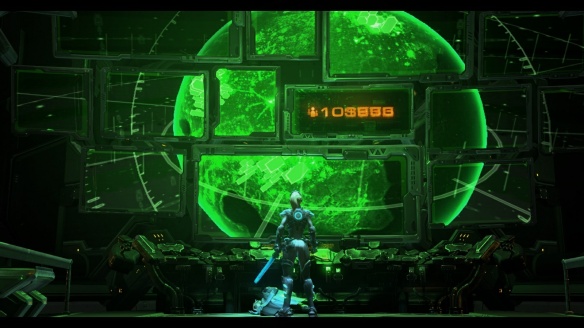 And while the focus is on Nova, there are plenty of appearances by other familiar faces. At this point I just can’t help but smile whenever I hear the familiar guitar strums and Swann shows up to drop off a new toy. It’s Pavlovian.

It’s not all Terrans making cameos, either…

Although it’s very different in a lot of ways, there’s a quality about Covert Ops that reminds me of Mass Effect’s Citadel DLC a bit. There’s that same feeling of a final gift to the fans.

There are a lot of little things that add flavour, too. Study the maps on your briefing screen and you’ll find interesting little factoids about local landmarks and the history of whatever world you’re on.

I love things like that. It’s the small details that really make games come alive.

A lot of the twists and reveals are easy to see coming, especially if you know StarCraft lore, but there is one reversal near the end that caught me off guard in a very welcome way.

If I’m being honest, there are some flaws in the story. While it’s not as rushed as I worried it might be going in, it’s still kind of rushed. There’s isn’t a whole lot of time to flesh out the characters, so they tend to feel a bit flat. 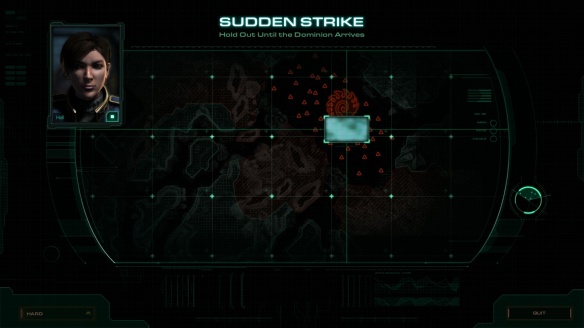 Even Nova herself doesn’t get as much development as you might expect. Nova’s a very deep character with a lot of complexity, but you don’t really see that in Covert Ops. If you haven’t read the books, you might not be able to readily understand why she behaves as she does in the story.

If I’m to continue being honest, though, I’m not sure I care. Maybe these flaws will begin to rankle me after I’ve had time to digest, but right now the sheer cool factor of Covert Ops is enough to make me forgive any sins.

The cold, analytical part of my mind is pointing out ways it could be better, but the rest of me is like, “I JUST VAPOURIZED HALF A BATTALION WITH A PLASMA RIFLE, AND NOW I’M MIND-CONTROLLING THE SURVIVORS INTO MURDERING EACH OTHER. THIS IS SO $%@#ING AWESOME.”

And I love Nova. I always have. It’s lovely to see her finally get a starring role in-game.

It amazes me that more than five years after its initial release, StarCraft II is still innovating, providing experiences that are as good as anything in gaming, and generally making the rest of Blizzard look bad.

It does sadden me a bit that there are no current plans for any more mission packs, but I suppose all good things must come to an end. Over the past few years, we’ve gotten nearly a hundred missions of StarCraft II story, so even if this does turn out to be the last of it, you can’t say we haven’t gotten our money’s worth. 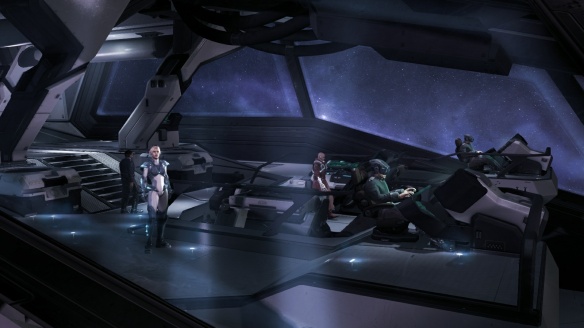 It’s been a hell of a ride.