It’s taken me longer than I expected, but I have now cleaned up my notes for homebrew adapting the setting of The Secret World to fifth edition Dungeons and Dragons enough for a public release. Included in this are a core rulebook with everything you need to create characters and play in the setting, a short campaign of four “issues” (adventures), and a bestiary with stats for all the monsters in the campaign. 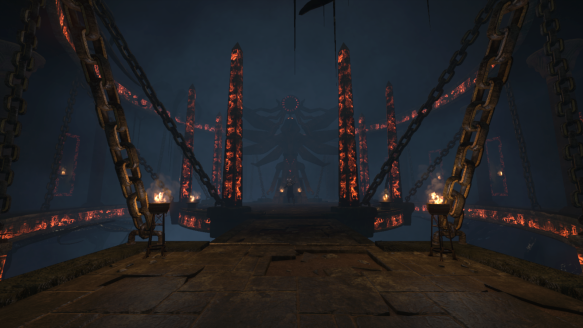 You can download the files from my Google Drive.

I tried to design this to be equally playable by both hardcore TSW fans and people with no prior experience in the setting (a difficult tightrope to walk). None of my friends played the MMO, and I do want this to be a tool to help introduce more people to the awesomeness of TSW. The core rulebook includes a lore primer to help people who don’t know TSW; however, you can ignore it if you already know the setting.

That’s about all there is to say. If anyone does end up playing using my homebrew, please let me know! I’d love to hear your feedback, and any war stories on how it went.

After a few delays due to illness, my homebrew D&D mini-campaign based on The Secret World setting has wrapped up. Over the course of four sessions, my friends embarked on a twisted journey from a northern Ontario town (complete with a boss fight in a Tim Horton’s), to the haunted ruins of the Third Age, to the surreal realm of the Dreaming Prison. 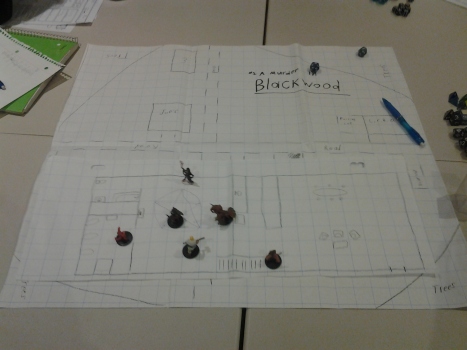 Mostly I’m pretty happy with how it turned out. Everyone seemed to have fun. I do think I could have done a better job describing locations and selling the ambiance of the setting. My performance anxiety holds me back a lot.

Also, while it could have been far worse given my inexperience, game balance was an issue. The new warlock subclass I designed turned out to be OMGWTFBBQ overpowered, and my version of Exquisite Corpse turned out to be pretty overtuned, too. Conversely the monsters I designed ended up being fairly wimpy. It took me until the end to finally start getting the balance right.

On the plus side, the last boss fight went pretty well. I didn’t manage to kill anyone, but our Enforcer went insane and tried to murder the rest of the party, so that’s something.

I do plan to publish all of my homebrew at some point in case anyone else wants to try D&D in the Secret World setting, but first I need to polish it up a bit more (and finish nerfing Backer warlocks).

I’m not sure if I’ll do anything like this again. Some of my friends have expressed an interest in returning to TSW at some point, and I obviously have great love for the setting, but if I’m being honest, I didn’t love being a DM. I didn’t hate it, but I didn’t love it. 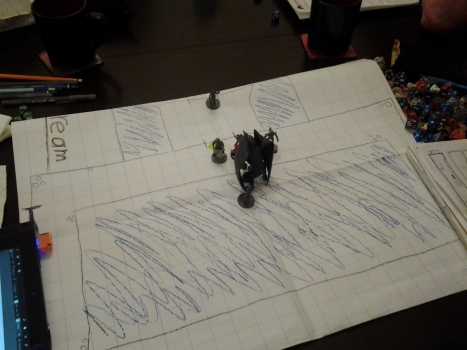 The thing is it’s just really mentally exhausting. As much as it can be frustrating to wait for your turn as a player, that wait time gives you the opportunity to chat with friends or otherwise rest your mind. You don’t get that as a DM. Since I’m talking about these things now, I’ll just say: It’s rough on my burnout issues from being on the spectrum. My brain can’t handle that much input for that long.

Also, somewhat ironically considering I wrote the whole campaign, I don’t feel like I’m expressing my creativity as much as when I’m a player. I miss the experience of designing a character and role-playing.

At least I got to role-play as the Black Signal. I enjoyed that. There’s something cathartic about playing a truly awful villain.

For now, I return to life as a player.

On that front, my addiction to creating characters continues to balloon out of control. Mere weeks after posting an extensive list of my current roster, the cast has already increased.

Some of my friends (who somehow seem to have gone even more D&D crazy than I) have started running drop-in AL games every week. I’ve used this as an opportunity to import my Dwarf warrior, Davri, from WoW, as I discussed doing previously. 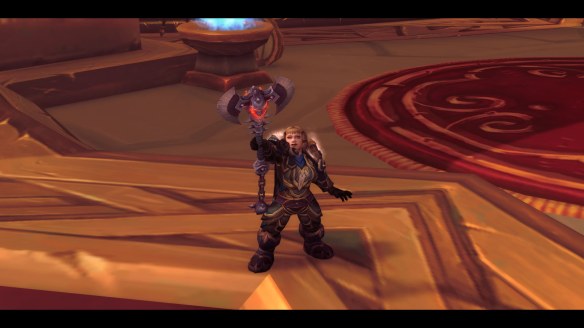 The prospect of being a straight fighter bored me, but I finally found a good fit for her: a War Domain cleric. Ironically I’ve since multi-classed her, and she’s now more fighter than cleric, but mostly that’s just so I can get Extra Attack. Once I have that, I’m going back to focus on cleric levels (if I play this character long enough).

I’m quite enjoying her. She’s fun to role-play. She’s a distant scion of a royal house, and she takes herself very seriously, in both good and bad ways. She can be a bit haughty and joyless, but she takes her duty seriously and is very earnest about defending the innocent and making the world a better place. I also enjoy how she’s almost the total opposite of the usual Dwarf stereotype: cultured, refined, effeminate.

Mechanically, she’s wound up as the party’s main tank in most sessions so far. Though I haven’t loved melee in D&D previously, I’ve had fun with it on her so far. It’s incredible the amount of punishment she can soak up.

And I’m already considering yet more character concepts. I pitched the DM of our regular campaign on the idea of at some point doing a Mirror Universe one-shot — our regular party, but evil — and I feel like evil Mai would be the perfect opportunity to finally play a Great Old One warlock like I’ve wanted to forever. A nihilistic death cultist is the perfect antithesis of a life-preserving paladin.

I’m also toying with the idea of a Bladedancer (raise your hand if you’re surprised I took an interest in the Elf-only spec). That I want to play outside of Adventurers’ League, if I play it at all. To my eye, Bladedancers seem a little underpowered, so I may wish to tweak the mechanics a bit, and I’m also thinking of homebrewing a race for them.

See, for some reason I got it in my head that I wanted the character to have an Eastern flair, so I delved into the lore to see if Forgotten Realms has an East Asia analogue. It does: the distant continent of Kara-Tur. Kara-Tur is largely lacking in Elves, but there is some mention of a very obscure and nearly extinct Elven subrace called the Maraloi. So now I kinda want to homebrew new racials for a Maraloi.