It seems like the great nerd debate lately is which show is the better successor to Star Trek’s legacy: Discovery or The Orville. 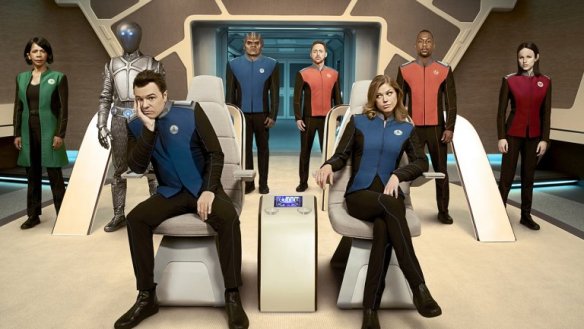 I have to be honest, mulling over things during the mid-season break, I’ve got to admit that Discovery is losing some of its luster. I watched a random episode of Enterprise a few days ago (“Judgment”), and I couldn’t help comparing it to Discovery. “Judgment” isn’t even one of the better episodes, but even so, I wound up really missing the Star Trek of yesteryear and feeling as though Discovery was missing something.

The thing is, Discovery is trying too hard. It wants to be edgier and more real, and it also wants to have the same morality of old school Trek, and although its had flashes of brilliance, more often than not it doesn’t do a great job of either.

The Klingons have no nuance. They’re just disgusting space goblins with no redeeming qualities whatsoever. However cartoony the Klingons of TNG onward may have been, they were still people, with a balance of noble and negative traits.

The attempts to make the human cast members grittier has also been hit and miss. I was initially happy to hear some harsher swearing on Star Trek, as it added an element of realism for me, but the fact it was just one line in one episode leads me to believe it really was just something thrown in for cheap shock value.

As is much of Discovery, really. It’s a show that’s trying hard to surprise and to shock, and damn the consequences. Who cares if it makes sense, who cares if it has a meaningful purpose in the story, if it gets people talking, that’s all that matters.

More than anything else, Discovery doesn’t feel honest. It feels artificial, contrived, constructed.

Now, don’t get me wrong. There’s also plenty that’s good about the show. The cast is really strong, and there’s a lot of great acting in it. And I still think Stamets is the best. I’m going to keep watching, if only due to a dearth of good sci-fi television right now. But as far as carrying on the legacy of what Star Trek stands for, it could do a lot better.

As for The Orville… well, I haven’t seen it. I don’t think there’s a way to watch it streaming in Canada, and even if there was, I find Seth MacFarlane to be the human equivalent of fingernails on a chalkboard, so that’s enough to turn me off out of the gate. To be fair, the buzz is surprisingly good, but I still have a hard time seeing it as a true torchbearer for Star Trek’s ideals.

But here’s the thing: I don’t think this is a two horse race. I say there’s a third contender here, and it’s the one that deserves the crown.

My review of Andromeda was probably a bit confusing. I spent most of it complaining, then closed with a glowing recommendation. At the time, I had trouble articulating just what it was that made me love Andromeda so much. Over the last few months, though, I’ve had time to ponder it, and I think I’m figuring it out.

Andromeda is a story about the triumph of the human spirit. It’s about a group of people who left behind everything they knew to explore the unknown, not because it was easy, but because it was hard. It’s about the wonder and the terror of the unknown, and it goes to some dark places, and it pulls no punches, but never does it lose its core of optimism, of hope, of joy.

You see it in Suvi’s wide-eyed stare as she takes in the grandeur of Khi Tasira for the first time. You see it Drack as he learns that after centuries of violence, he has something to live for, not just kill for. You see it in Jaal as he comes to understand humanity, and finds an entirely new family.

Even Liam — by far Andromeda’s worst character, whom I have taken to calling Jimmy the Idiot Boy — at times can embody the spirit of human goodness that lies at the heart of Andromeda. When sweet, good-natured Liam furiously declares that whoever unleashed the Scourge were “some motherfuckers,” it doesn’t feel like a cheap play for shock value. It feels like an honest expression of pain.

When I started playing the game, the headline on this blog read, “Mass Effect: Andromeda Is the Best Star Trek Movie in Years,” and the more time goes by, the more I realize how right I was. Except a Star Trek movie would run at most two hours, while even a casual non-completionist playthrough of Andromeda will likely net a couple dozen hours.

Can there be a better embodiment of what Star Trek stands for than Suvi Anwar? A gay Scottish scientist with a Finnish first name, an Arabic last name, a child’s wonder for the unknown, and a poet’s appreciation for the beauty of all creation. She’s the walking avatar of IDIC.

Andromeda is more Star Trek than Star Trek has ever been. For this reason, I think it — and not Discovery, and not The Orville — deserves to be viewed as the true successor to Roddenberry’s ideals today.

That’s why I view it as one of the best games — nay, one of the best stories, period — I’ve had the pleasure to experience in recent years. That’s why I reject the frothing hate of the hyper-critical Internet mob. That’s why I feel so bad for all my non-gamer Trekkie friends and family who will probably never get to experience the best Star Trek in years — those who can’t afford the hardware to run it, or don’t have the time, or are too intimidated by the concept of video games to give it a shot.

What made Star Trek special was never its superficialities, but what it stood for. You don’t need the Star Trek name to be true Trek. You just need to carry that torch of hope, of curiosity, of aspiration. 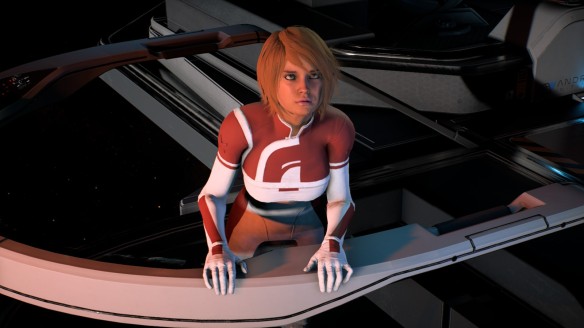 That’s exactly what Andromeda did.