I’ve been curious about the Destiny games for ages, my interest fueled by the general hype around the series, as well as my inability to let go of my love for the Bungie games I grew up with. 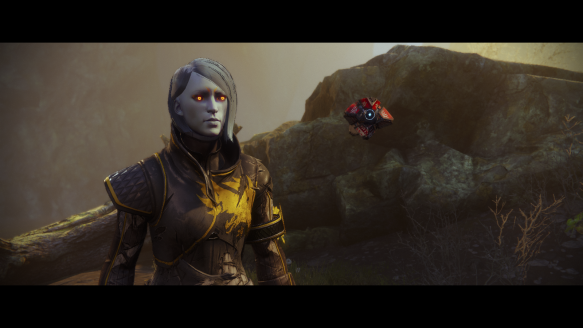 Unfortunately, the open beta for Destiny 2 pretty much told me nothing about the game. So when a proper free trial popped up, I was happy to have another chance to give the game a try.

The good news is this is a far more fleshed out experience than the beta was. The amount of content is significant — several hours’ worth, at least — and all of the basic systems are in place. There’s now a character creator, for instance (though given this is a first person game where everyone wears helmets 95% of the time, I’m not sure there’s much point).

There’s also now a cutscene at the beginning that explains some of the story, so I kind of get what’s going on now. Sort of. I think? Still not really sure what the deal with Darth Zug-Zug is.

This game could really use a codex or something.

The gameplay is… fine, I guess. Not much to complain about, but to be honest I don’t see much to separate Destiny 2 from the other MMO or quasi-MMO shooters I’ve played. What differences I do see are quite subtle.

The gameplay is slightly less mindless than Defiance, but the setting and lore also seem to have had a lot less effort put into them. It doesn’t have The Division’s weird difficulty spikes, but the world is a lot less detailed, and exploration a lot less rewarding. The graphics are a lot better than Defiance’s, but oddly still not as good as The Division’s. 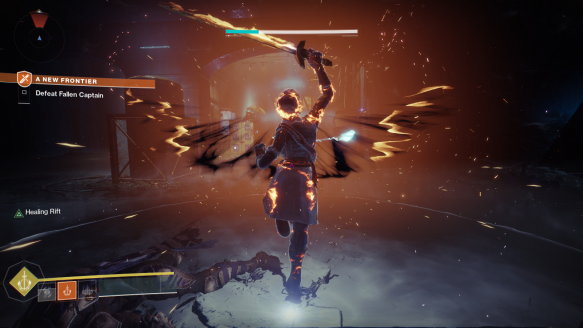 Heck, I even found a public event where the boss has the exact same mechanics as Dark Matter Monoliths and Remnant Architects. Is it really that hard to come up with different fight mechanics in a shooter? I guess there’s not much to work with, but still.

I did like how pistols seem to be a strong choice in Destiny 2. I like the aesthetics of pistols, but in most shooters they’re relegated to an option of last resort. In Destiny 2, they seem to be pretty good.

Maybe too good. Pretty much every gun in Destiny 2 seems quite overpowered. That might not seem like a problem, but it tends to trivialize weapon choice if none of them have any drawbacks. At first I was lamenting my inability to find a good sniper rifle, but eventually I realized it didn’t matter. Who needs sniper rifles when even a six-shooter can blow someone’s head off from five hundred feet?

I guess if I have one big complaint about Destiny 2, it’s that it’s just too easy. I’m sure there’s tougher content later in the game, but when it comes to leveling and solo content, this is another MMO aimed squarely at the lowest common denominator.

Such complaints aside, this seems a solid game overall. It’s polished. It plays well.

But I don’t feel a strong urge to upgrade to the full version right now, and overall I do feel a bit disappointed. Given the game’s pedigree and all the hype around it, I was expecting something special. Instead I got Defiance with deeper gameplay but a shallower backstory. 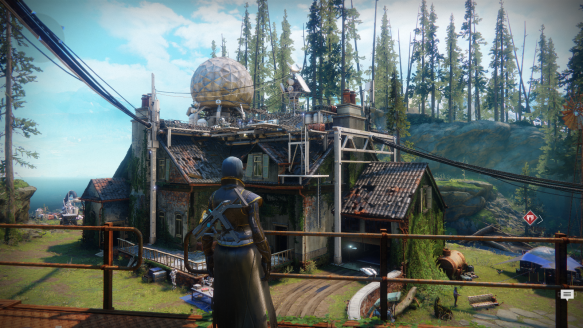 I know it’s unfair to compare Destiny with Myth. It’s been twenty years, after all. But nonetheless I can’t help but think about the enormous gulf in originality between them. Myth was a game so unique that even today there’s nothing like it. Destiny is fine for what it is, but there’s plenty of other games just like it.

There was a spark of true creativity in Bungie games in those days. That’s what I was hoping to see in Destiny 2, and that’s exactly what I failed to find.