I’ll level with you: I’ve had an unusually busy month, and it’s not done yet. I would frankly rather spend what free time I have on continuing to explore Mass Effect: Andromeda than blogging, but I suppose blogging about Andromeda is the next best thing.

I’m still pretty early in the game, and I’m a long way from ready to do a full review (though you can be sure that will come at some point). Any of my current impressions of the game can and will probably change with time.

However, right now, I would say it has met or exceeded pretty much all of my expectations. Of course it also needs to be said my expectations were very carefully managed, so don’t think I’m without complaints, but they’re complaints I expected to have. Too many boring side activities, slow pacing, iffy combat. In other words, it’s a Bioware game.

Right now the thing I’m enjoying the most is the sense of discovery and wonder of the unknown that runs through the whole game. I’ve said before that Mass Effect feels like it’s become something of a spiritual successor to Star Trek, and never has that been more true than it is now.

Some other quick and dirty (and spoiler-free) thoughts based on my first few days with the game:

-I don’t like Cora or Vetra as much as I expected to. I definitely don’t dislike either of them, but I was expecting to be more impressed than I am. Cora’s a beast in combat, though. I think she’s getting almost as many kills as I am.

-On the other hand, so far I like PeeBee more than I expected to. 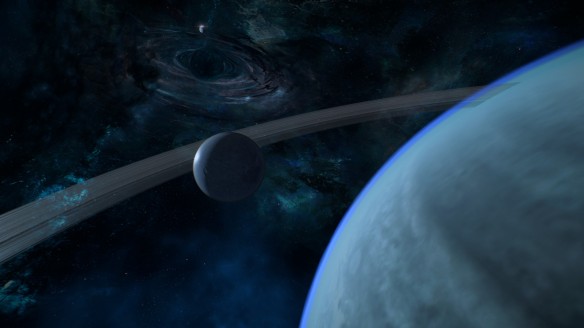 -In general this may be the first Bioware game where I don’t hate any of my companions, assuming Jaal turns out okay. I’m not yet blown away by any of them, but so far none of them rub me wrong way, either. Even Drack is growing on me.

-Overall, though, my favourite characters so far are all outside the squad. Suvi is awesome, and Kallo and Gil are both a lot of fun.

-I like the Tempest a lot better than the Normandy. Easier to navigate. Pretty windows.

-I actually kind of like scanning planets and systems this time. If only because the space graphics are so pretty.

-On that note, I love my new computer. I’m running the game at 100% maxed settings, and it’s smooth as butter. It looks real.

-I’m far too pleased with how my Ryder looks. Also, the game’s ability to automatically make her father look like her is amazing.

-With keybindings being as limited as they are, Throw and Pull really should have been combined into one power. It sucks to give up 66% of your slots just to be able to combo them.

-I’m glad they brought back so many guns from the original trilogy. I’ve already been reunited with my beloved Viper. 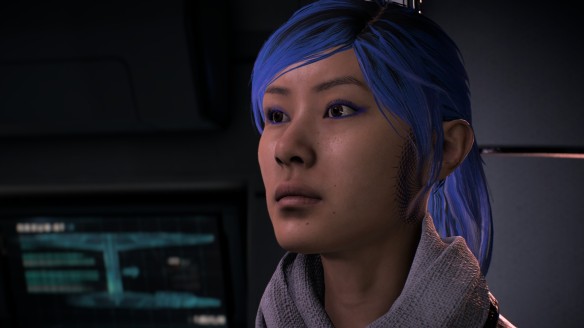 -Did I mention Suvi is awesome?

-I am a little worried the wealth of side missions will start to beat me down after a while. That’s what happened with Inquisition. But at least this time the places you’re exploring seem to be a bit more interesting, and so far nothing is as annoying as collecting shards.

-For all the wailing and gnashing of teeth over lack of polish, I’ve encountered very few issues, and all of them minor. Some very mild animation hiccups once in a blue moon, and I keep finding references on the Tempest to squadmates I don’t have yet. I’ve already heard Jaal mentioned, and I haven’t even encountered his species yet. But that’s hardly game-breaking.

-Above all, this is a Mass Effect game, for better and for worse. For all the talk of how much has changed, this is still fundamentally pretty much the same sort of experience as the original trilogy, with all the good and all the bad that entails.

4 thoughts on “Mass Effect: Andromeda Is the Best Star Trek Movie in Years”