As of last night, Chris Metzen has announced his retirement from Blizzard entertainment, and apparently from the gaming industry entirely. 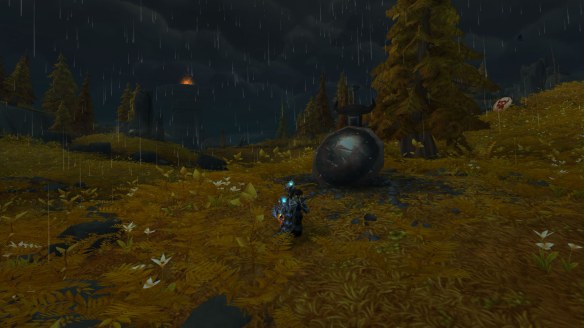 While it was bound to happen one day, it’s still a big shock to any Blizzard fans. And I’m one of the biggest Blizzard fans around.

For the last twenty years, Metzen has been the driving creative force behind Blizzard’s games. Warcraft, StarCraft, Diablo, Overwatch — they’re all his babies.

Think back to where it all began, to Warcraft: Orcs and Humans. This was originally intended to be a Warhammer game, but the licensing fell through, so Blizzard had to create its own IP for it. Over the next twenty years, Metzen was able to spin something initially derivative into a unique and incredibly vast and vibrant universe that has become one of the biggest names in gaming — one of the biggest names in popular culture period.

And that’s just one of the many beautiful worlds he’s created.

I can’t overstate the influence Metzen has had on my life. I was about five when I first played Orcs and Humans. I didn’t know how to spell my own name yet, but I knew how to train footmen. I knew we couldn’t let Stormwind fall to the Horde.

And then later came Tides of Darkness, and it rocked my world. And so did StarCraft. And Reign of Chaos. And so on and so forth until I spent so much time playing World of Warcraft that I got a job writing about MMOs for a living.

Metzen has of course influenced my fiction writing tremendously as well. I’m eternally trying to capture some of the bombast and vibrancy of Blizzard’s worlds in my own writing — I leave it to my readers to judge how successful I’ve been.

I love the worlds, the peoples, the characters Metzen has created. There’s a spark of beauty and colour to them that is totally unique.

That’s not to say Metzen is perfect. He has many flaws as a writer, and at times I’ve strongly disliked the choices he’s made.

But I could never bring myself to hold it against Metzen himself, because even when he took the wrong path you could feel his tremendous passion shining through.

That is what makes Metzen so special as a writer and a world-builder. His passion. I have never seen anyone display a love and childlike joy so pure as Metzen did when discussing the worlds and the stories he had created. I have never doubted for a moment that he loves Warcraft, StarCraft, and the others at least as fiercely as I do, and probably even more so.

His joy was infectious, and it always shone through in everything he created. It’s that vigour and passion that makes Blizzard games so much brighter and more colourful and more alive than any others, and it’s that quality that’s kept me coming back to them time and again no matter how else they might stumble.

The news of his retirement makes me tremendously sad. Not because I’m worried that Blizzard’s games won’t be the same without him, although I definitely am, but because I know a world where Metzen isn’t creating and sharing his passion and shouting to crowds in his best Thrall voice and generally acting like the biggest, happiest kid is a world with just a little less joy in it.

I’d say more, but I’m too full of feels to even be coherent.