Well that’s bound to be my longest post title ever.

For whatever reason two episodes of Dark Matter popped up in my iTunes queue today (well, not today, but it was today when I wrote this), so now you get two reviews for the price of one!

The price of one is nothing, so it’s not a great deal, but…

“Wish I’d Spaced You when I Had the Chance”:

We now bring you the third entry in Dark Matter’s “look how close the crew has gotten” trilogy. It’s also the second instance of Dark Matter following Murphy’s Law of Shore Leave. It’s good to stay true to traditions, I suppose.

The crew of the Raza has landed at an isolated colony to resupply, but of course things don’t go as they’d hoped. Two, Four, and Nyx are recognized at a bar, and the station is put into lockdown as the Galactic Authority swoops in to apprehend them.

To make matters worse, Five is abducted by some ne’er-do-wells, and only Three can save her.

It is to this latter plot that the lion’s share of the attention is given. Generally the idea is to once again show how close the Raza crew has become, in stark contrast to the suspicion and distrust of season one. 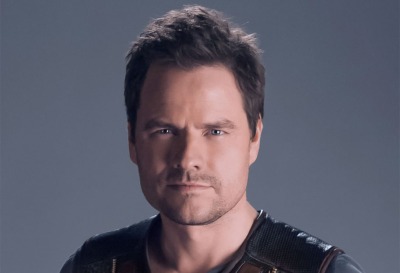 As noted above, this is the third episode in a row to do that, and while that might seem excessive, I think it was necessary. There was a lot of distrust to work past, and generally it’s pretty gratifying to see the crew come together like this.

“Wish I’d Spaced You When I Had the Chance” isn’t quite as good as “Going Out Fighting” was, but it’s better than “Take the Shot.”

It’s still a bit difficult to look past how inconsistent Three’s writing has been. They did too good a job of making him an asshole out of the gate, and then were too sudden to try to humanize him. A slower, more natural progression could have worked better.

That said, they’ve done a much better job of balancing his character this season than in season one, so this episode is much easier to swallow now than it would have been in the past. In the end it works out, more or less.

“Sometimes in Life You Don’t Get to Choose”:

Four has reached the limit of his patience. Desperate to regain his throne and save his people from a losing war, he makes the extreme choice to reactivate his old memories from before Five’s wipe.

The rest of the crew is uncertain how to feel about the new/old him — with Five and Nyx being especially affected — but they choose to place their faith in him.

Thus, it’s time for something we’ve been waiting for since season one: Four returning home to claim his place as the emperor of Zairon.

He immediately reconnects with a general he knows can be trusted. Confronted with Four’s ruthless determination and the power of the blink drive, he readily agrees, and they begin to work together to bring Four’s plan to fruition.

Right away, though, something isn’t right. The efforts of Four and his allies are constantly disrupted by the empress and her forces, and some begin to wonder if Four’s people are as trustworthy as he believes.

There’s a lot more that I could say about this episode, but I’m trying to stay true to my policy of avoiding major spoilers. This one of most eventful episodes in Dark Matter’s history, if not the most eventful. That’s both its greatest strength, and its greatest weakness.

This is one of those episodes that changes everything. No matter what follows, Dark Matter will never be the same. 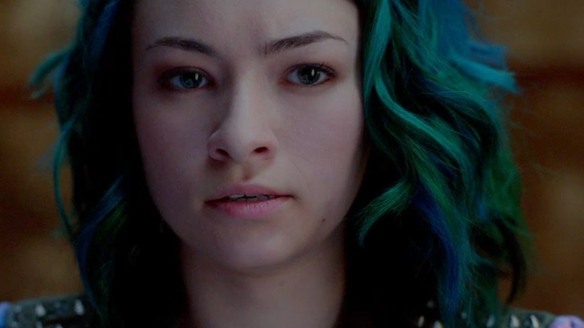 On one level, that’s awesome. There are some great twists to be found, and much of what makes Dark Matter so great is on full display here: action, suspense, humour, and people underestimating Five and then really regretting it.

But on the other hand, they just crammed far too much into a single episode. The events of “Sometimes in Life You Don’t Get to Choose” could have easily been spread out over two or even three episodes. Compressing it all into one hour makes it feel rushed, prevents each plot and twist from getting the full attention it deserves.

Sometimes I really miss the days of sci-fi shows have 20+ episode seasons.

The implications of this episode are awesome, but the episode itself ends up being a bit inconsistent.

1 thought on “Reviews: Dark Matter, “Wish I’d Spaced You when I Had the Chance” and “Sometimes in Life You Don’t Get to Choose””