We’re now just a couple weeks away from this years BlizzCon, and as has become my tradition, I will now put together a list of what news I expect to see at the convention, as well as what I hope to see.

Honestly, for all that it’s Blizzard’s flagship franchise, I don’t see there being a lot of big Warcraft news at this year’s convention.

Legion has already been announced. We’ll undoubtedly get a lot more details about its content and features, but I don’t expect anything groundbreaking. There’s always the chance Blizzard held back some major features from the initial announcement, but after Warlords of Draenor, I’m not expecting much ambition from Blizzard where WoW is concerned.

I’d love to hear that demon hunters are going to get a third spec after all, that demonology warlocks won’t be gutted for the sake of a new class, or that rogues will get a ranged option, but the ship seems to have already sailed on all of those.

Something else in the “I’d love to see it but I doubt we will” category is the possibility of HD remakes of the old Warcraft strategy games. If it didn’t happen last year for the franchise’s twentieth anniversary, though, I’m not sure it ever will.

The movie is the one potential source of exciting Warcraft news at BlizzCon, though even it’s not a sure thing. We do know that the first official trailer release will be in November, so there’s a pretty good chance it will be revealed at BlizzCon. However, they do want to market the movie to mainstream audiences more than to hardcore Blizzard fans (which is smart), and my hopes regarding a trailer have been dashed many times before, so you never know. 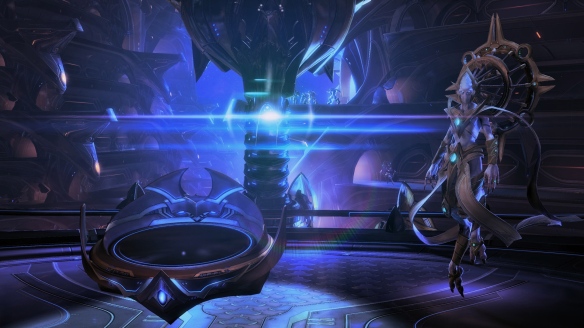 StarCraft is something else I don’t expect a lot of big news for at BlizzCon. Legacy of the Void will be launching shortly after the convention, and we already know pretty much everything there is to know about it.

They did say they’re going to talk about what the future holds for StarCraft now that the SC2 trilogy is wrapping up, which is interesting, but I don’t imagine they’ll have a lot of definitive statements on that front.

Blizzard is very good at supporting their games over a very long haul, so I’m sure SC2 will continue to receive patches for balance and technical issues for many years to come. I also wouldn’t be surprised if they expanded on Allied Commanders — or is it just called Co-op Missions now? — a fair bit after launch.

Beyond that, though… I have no idea.

Much as I would happily accept more StarCraft, I’m sort of hoping the RTS team will shift focus to something else for a while. Yes, I want me my Warcraft IV.

Or maybe even something totally unexpected. Mage-clan Wars Diablo RTS? Overwatch spin-off about the Omnic Crisis? A totally new franchise? 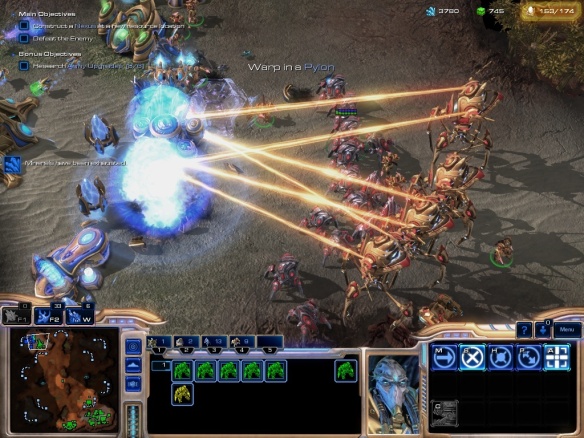 There was even talk of them putting out a story-mode for Heroes of the Storm, if you can believe it. Blizzard owns my soul, so I’d play it, but that’s just a bit too ridiculous, methinks.

I would really love to see an expansion announcement for Diablo III at this year’s BlizzCon. It’s certainly around time for one to be due.

However, very surprisingly, that doesn’t look too likely. There’s only one (short) Diablo panel listed on the schedule. If there was to be an expansion announcement, one would expect there would be more Diablo events listed.

It’s not completely outside the realm of possibility that the schedule was made deliberately inaccurate and that more Diablo coverage will appear following an announcement during the opening ceremony, but it doesn’t seem too likely.

This is very confusing. A second expansion to Diablo III is very much expected. The ending to Reaper of Souls was not at all conclusive, and both the base game and the first expansion sold exceptionally well, so it makes both artistic and business sense. 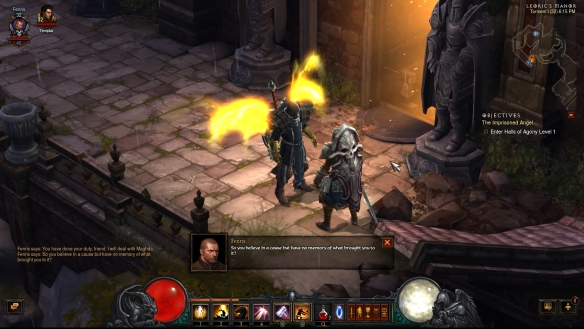 Unless there’s going to be a significantly longer gap between RoS and the second expansion than there was between the base game and RoS, an expansion announcement must come soon, and BlizzCon is the time that makes the most sense.

Most perplexing, and perhaps a little worrying as well.

As for what an expansion might entail, well, you might as well go back and read last year’s post, because I’d just be repeating myself otherwise. I think we’ll get the druid class, though necromancer is also possible, and I have a totally baseless suspicion we’ll end up in Kurast, though I’d love to see Xiansai.

The only thing to add is that some concept art for a druid class was supposedly leaked, so the odds of it being added have gone even higher.

If there’s no expansion announcement, I expect we’ll just hear about the next patch. Expect some new sets and rebalancing of old gear, plus maybe another small zone for adventure mode like the Ruins of Sescheron. My money would be on Skovos Isles. They’ve been foreshadowed, but don’t seem interesting enough to carry a whole expansion.

I’m not sure what to expect from Overwatch at this year’s BlizzCon. On the one hand, it’s the new hotness, and I can’t see any of the other games having a lot of big news (assuming there is no Diablo expansion announcement), but at the same time, Overwatch’s beta is beginning on October 27th, shortly before BlizzCon, and since that will undoubtedly be a huge infodump, I’m not sure what will be left to reveal at the convention. 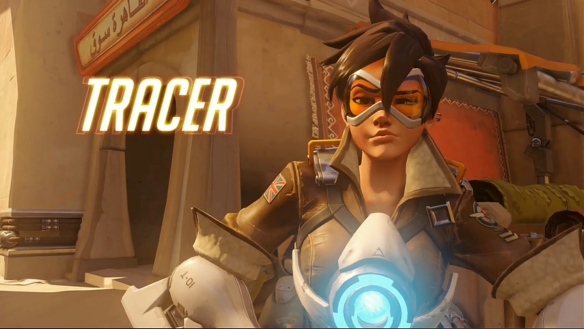 At the very least, I imagine we’ll get some new hero reveals. Maybe another map, though their map list already seems pretty big going into beta.

It’s hard to say what else we might learn without knowing what beta will reveal. If we don’t learn what the game’s business model will be by the time beta rolls around, we definitely will at BlizzCon, I think. Free to play is the smart bet, considering they’re already talking about offering custom skins for heroes — microtransactions ahoy!

What I’m hoping to hear about are an optional third person mode, the removal of the ability to swap heroes on the fly in a match, and a story mode, but unfortunately none of those things seem likely. Story mode, in particular, was recently once again stated to not be in the cards, which seems like an enormous waste of potential.

Heroes of the Storm:

(Well, there’s also Hearthstone, but I don’t much care about it. It’ll probably get a new single-player adventure, since they had a major expansion not that long ago.) 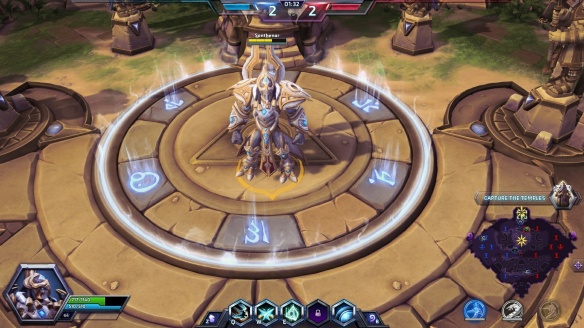 It’s pretty easy to predict what we’ll get for Heroes: new hero announcements and a new map or two.

As for specifics, it’s already been confirmed they’re working on another StarCraft hero to be released soon. I’m putting my money on Stukov. He’s a fan favourite, and assuming they use his infested version, that’ll be one hero of every StarCraft race released in succession: Morales for Terran, Artanis for Protoss, Stukov for Zerg.

The other major possibility would be Dehaka, who would also fulfill the role of a Zerg hero in this release cadence and who was datamined in a partial state of completion long ago. Dehaka would likely be a warrior, while I see Stukov being a specialist or assassin.

I also think we’re due for news on Zul’jin soon. His model appeared in a trailer at the last BlizzCon, and he’s now the only character from that trailer who isn’t in-game.

There’s also talk of Kel’thuzad being in development, and I’ve heard some rumours they might be adding another classic Blizzard character soon, which probably means Blackthorne.

My guess is that Stukov (or Dehaka) and Zul’jin will be in a high state of completion, with full previews and probably even playable versions at the convention, while any other heroes will only be teased. 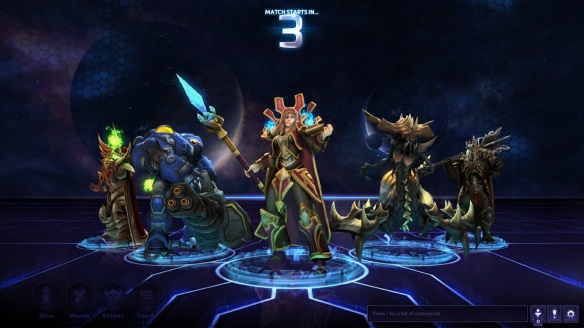 As for who I’d like to see, well, Stukov and Zul’jin aren’t bad ideas. Honestly pretty much of all my “must have” heroes are already in the game. Right now the only major oversight in my view would be the lack of Varian Wrynn. I’d also like to see more of Diablo’s archangels and Evils, especially Auriel and Mephisto.

Could also use more Blood Elves. Valeera Sanguinar would be cool, but only if they don’t just make her a generic rogue hero. If Mark of Kathra’Natir isn’t one of her ultimates, I will be sorely disappointed. While we’re on the subject, Meryl Felstorm would be an awesome character to add to Heroes, but he’s so obscure that I doubt it’ll happen.

The new map is anyone’s guess. I still really want a sci-fi map, but they’ve already confirmed there’s no StarCraft map in the works. There was some datamining of a Warcraft map featuring the Horn of Cenarius a ways back, but I’m not sure if that’s something being seriously worked on or just an experiment that was abandoned.

I had the idea recently for a “zombie apocalypse” map similar to StarCraft II’s Outbreak mission, where both teams are periodically assaulted by hordes of hostile minions, but I’m not sure how it’d work in a PvP context.

Reading it back, it doesn’t look to be a terribly exciting BlizzCon. Well, hopefully I’m wrong, and we’ll get some big, exciting news.

What are you expecting or hoping to see Blizzard reveal in November?