Considering my gaming habits of late, I’m wondering if I should start calling these posts, “Cheating on TSW.”

Eh, but there’s something to be said for tradition. 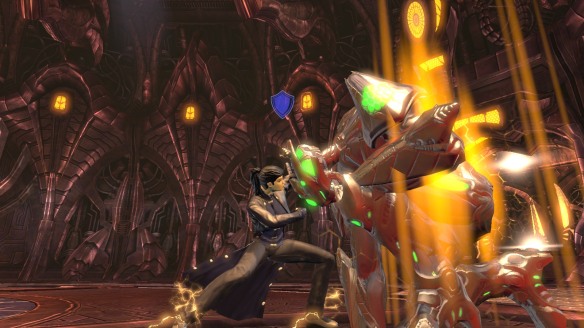 Recently, I found myself seized by the urge to try out a superhero-themed MMO, but I had a bit of a problem. There aren’t many options for superhero MMOs these days. I’ve never heard a good thing about Champions Online, so that was out. That left it down to Marvel Heroes versus DC Universe Online.

Marvel Heroes might have been more appealing based on its source material, as I am a Marvel fan, but I’d also heard a lot of bad things about it. DC Universe Online seemed like the most polished and full-featured game, but I simply do not like DC.

Ultimately, my solution was to try both and see which came out on top.

First up was DC Universe Online. Could I overcome my distaste for the setting to appreciate it as a game? Head on over to WhatMMO to find out, as A Marvel Fan Plays DCUO.