Put on your boots and muster your nerd rage: It’s ranting time.

*Deep breath.* It has been too long. 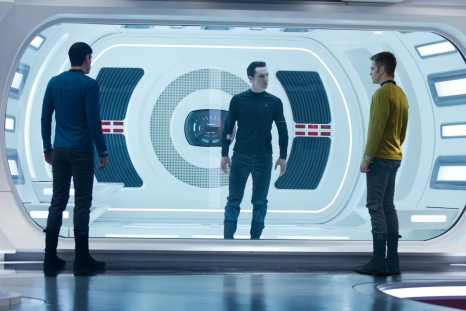 Star Trek Into Darkness is almost upon us (my kingdom for a colon), and now seems a good time to address my feelings on JJ Abrams’ take on the Star Trek universe, and why I no longer consider myself a Trekkie.

Let’s start with the backstory.

My father was a fan of Star Trek, and I was raised on The Next Generation (TNG) and Voyager. One of my earliest memories is getting a replica of the Enterprise-D (With lights and sounds!) for Christmas.

By age ten or so, I was a full-blown Trekkie, and I got farther into the fanbase as I aged. I hung out on the forums, I wrote my own series of fan fiction, and I even got myself appointed head of the international Save Enterprise campaign after the series was cancelled.

Yes, the same campaign that raised millions to fund a new season and held rallies all around the world. The campaign was long past such heady glory days by the time I took over, but I did what I could, organizing letter writing campaigns and the like.

But in retrospect, it’s a bit strange that I loved Star Trek so much, because I actually don’t like very much of it. 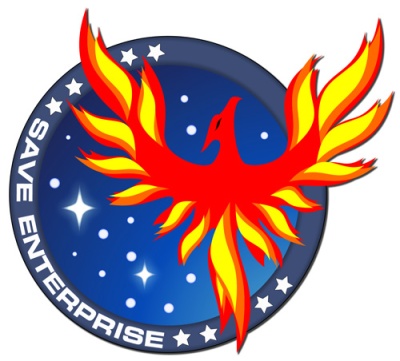 I respect the original series (TOS) for being innovative in its day, but it’s too dated to take seriously at this point. I love TNG, but I always viewed it as quite hit and miss. I can only handle Voyager in small doses. I loathe Deep Space Nine. What part of sitting around the promenade and listening to Odo pine over Kira qualified as boldly going where no one has gone before, exactly?

Enterprise was my favourite incarnation of Star Trek, but I’m in the minority there — more on that later.

Here’s the thing: I love the idea of Star Trek, but not necessarily the reality of it.

But when you get right down to it, that’s not what Star Trek is. That’s what it claims to be — and what its fans claim it to be — but it’s a lie. And it took JJ Abrams to make me realize this.

To seek out new markets and new demographics:

I had pretty low expectations going into Abrams’ 2009 Star Trek reboot. I didn’t like the idea of destroying the old canon to reboot it. If you want to reboot, just have the balls to start over from scratch. 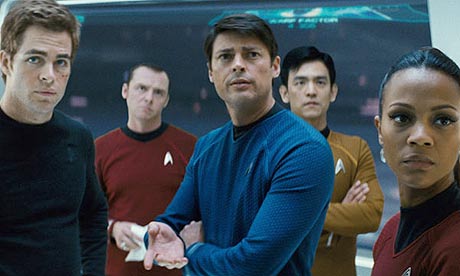 Abrams himself didn’t impress me, either. His interviews made himself come across as incredibly arrogant and utterly disrespectful of Star Trek’s history. I still haven’t forgiven him for the infamous “talky geekfest” comment.

And when I saw the movie, I wasn’t disappointed. It was a mindless, generic popcorn movie with more lens flare than plot. It bore no resemblance to the Star Trek I loved.

I came out of the theater feeling very bleak about the Star Trek franchise. It was doomed to another few years of pointlessness.

I was also distressed by the reactions to the movie from my fellow Trekkies: Everyone loved it. Even those who had been haters going in were converted. Normally a fractious and argumentative bunch, Trekkies had finally been united around the banner of JJ Abrams.

At some point, I had the odd thought that Abrams had tipped the scales such that there was now more Trek that I didn’t like than Trek I did like, but then it occurred to me that’s always been the case. 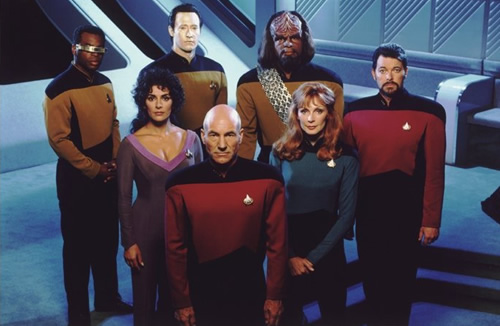 I wondered how I could be a real Trek fan if I didn’t actually like most Star Trek, especially since the versions of Trek I loathe — Abramsverse and DS9 — tend to be the most popular among Trekkies.

Eventually, I realized I wasn’t. I’m a fan of what Star Trek claims to be, not what it actually is.

To Blandly Go Where Everyone Has Gone Before:

The original Star Trek was a ground-breaking show. It broke down barriers of race, nationality, and gender. It showed a future where all humanity was considered equal, and it did so at a time when this was a fairly radical thought.

But while future Star Trek incarnations have paid lip service to Gene Roddenberry’s ideal of infinite diversity in infinite combinations (IDIC, to Trekkies), none of them have really lived up to the bar set by the first series.

Think about it. What barriers were broken by Trek after the original series? What daring chances did they take? I can’t think of any. 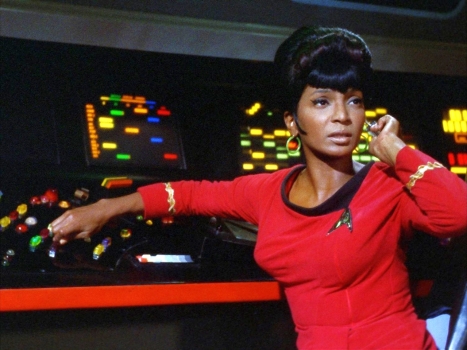 Enterprise came close by actually have some complexity in its morality and not being afraid to go to dark, unexpected places, but perhaps not coincidentally, it was also viewed very poorly by most Trek fans.

Star Trek could have taken the lead on diversity again. They could, for example, have included a gay character back when that still would have been daring. Instead, they just danced around the issue with some weak alien allegories.

They could have gone beyond the ethnic diversity of TOS and created a cast that really represents the true mosaic of humanity, instead of following the pattern of “mostly white with a smattering of other races.”

I’ll tell you this: Spend a few years living in Toronto, and even a Star Trek cast starts to look as white as Dempsters.

As much as I like to defend Enterprise, it failed on this front, too. Its two non-white cast members were largely forgotten in favour of the Trip/Archer/T’pol triad. 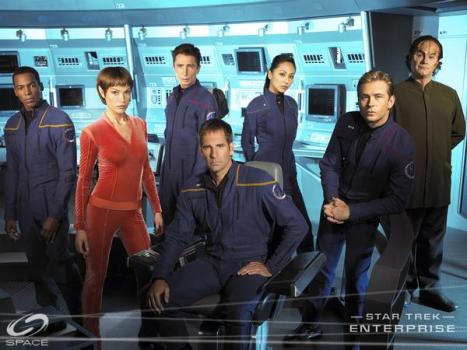 Ultimately, Star Trek hasn’t done any “boldly going” since TOS. TNG was a good series, but it was entirely too safe. It never took any chances. DS9 was simply a train wreck bereft of any spirit of exploration. Voyager was just a rehash of TNG that somehow managed to be even more bland and safe. Enterprise actually had some spirit of exploration and took some chances with its shades of gray morality, but even it could have done so much more.

Watching other sci-fi shows really opened my eyes to what’s possible. Ron Moore’s Battlestar Galactica completely blew Trek out of the water when it comes to high-minded sci-fi. There was a show full of diversity and intriguing moral dilemmas.

Want a show about the wonder and the terror of exploring deep space? Stargate: Universe utterly embarrasses Trek on that front.

Even if all you want is a light-hearted sci-fi adventure, the first two Stargate series thoroughly outclass Trek in that area.

Trekkies themselves are a disillusioning bunch, as well. It has become clear to me over time that the message of IDIC is completely lost on the vast majority of Trek fans. They’re as intolerant as any other random grouping of people. 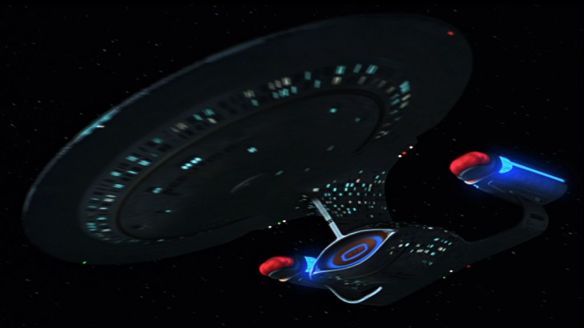 Now, I want to be absolutely clear here: I’m not badmouthing Trekkies. They’re no worse than any other group of fans. But they’re no better, either, and for fans of a franchise that claims to be about inspiring humanity to its full potential, that’s disappointing.

A Trekkie no longer:

The realization that Trek was never what I really wanted it to be opened my eyes in a lot of ways. So many things suddenly make sense.

Most of my favourite parts of the Trek franchise — Enterprise, Nemesis, Insurrection — are hated by the majority of Trek fans, and now I understand why. They were right all along: These were not true examples of what Star Trek is about. That’s why I liked them.

The things I love about Star Trek are the exceptions, not the rule. Mostly, Star Trek is a bland and generic piece of sci-fi. It’s not about diversity, or morality, or exploring the unknown. It only claims to be and stumbles into brilliance on occasion as a result.

JJ Abrams is an extreme case. He’s not even pretending to try for anything higher with his version of Star Trek, and so it’s much worse than anything that’s come before it, but what he’s done is only a natural progression of what Star Trek has always been — or what it’s been since the ’60s, at least.

I’ve often said that the Abramsverse is a bastardization of Trek, but when I think about it, it is a true example of what Star Trek is at its core. And that’s why I won’t be seeing Into Darkness.

Because I’m not a Trek fan. I’m a fan of what it aspired to be, but aspirations and reality are two separate things.

10 thoughts on “Why the Abramsverse Is True Trek, and Why I’m No Longer a Trekkie”