The two game franchises I’ve seen most hyped in recent times are Portal and Mass Effect. Amazingly, Portal pretty much lived up to its insane hype. Mass Effect… not so much.

ME2 is not a bad game; I’ll say that out of the gate. I will be harsh to it in this blog, but that doesn’t reflect my full feelings. It’s a solid six or seven out of ten — okay, not great.

But I am left struggling to understand what people love so much about this game. And I think I do, but at the same time, I don’t.

Saving the best for last: 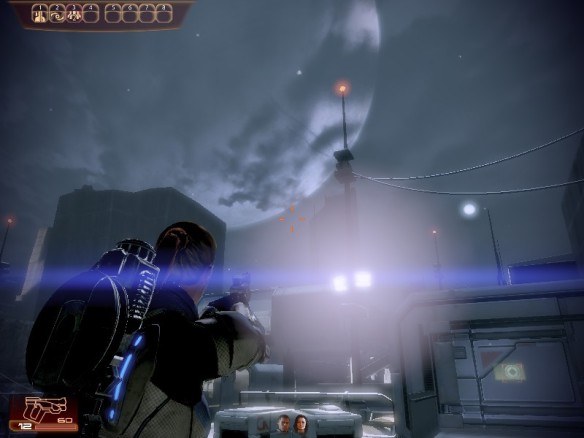 The main problem with ME2 is that it is incredibly slow in getting started. It takes an eternity to get your squad together, and for the most part, I found this part of the game very dull. I honestly can’t remember a single recruitment mission that I enjoyed.

The loyalty missions were a bit better, though still repetitive. Amazing how everyone in my crew got betrayed by someone they love. But some, namely Mordin’s and Tali’s, were actually quite engaging and ethically weighty, despite their predictability.

Still, the entire grind of recruitment and then loyalty missions ultimately felt very much like busywork — and a lot of it at that.

However, once I got all those done and had my whole crew ready, I started enjoying the game a lot more. I’d describe it as a quantum leap forward in entertainment value. I spent hours chatting with the crew on all manner of subjects. I particularly enjoyed my conversations with Mordin and Thane — dear God, those guys are awesome.

And then we launched our epic assault on the Collectors, and I had to make heart-breaking decisions over who would live and who would die. Although I resent the unpredictability of which of my decisions would lead to people dying, it was on the whole an enjoyable experience.

But here’s the problem: that part after the game got going, where things were actually interesting? It was about 10% of the total time I spent playing ME2 — I did the math. The rest was just building the crew, doing side missions, and grinding for resources. If all the busywork had been cut out of this game, it would have been as long as the original Portal. 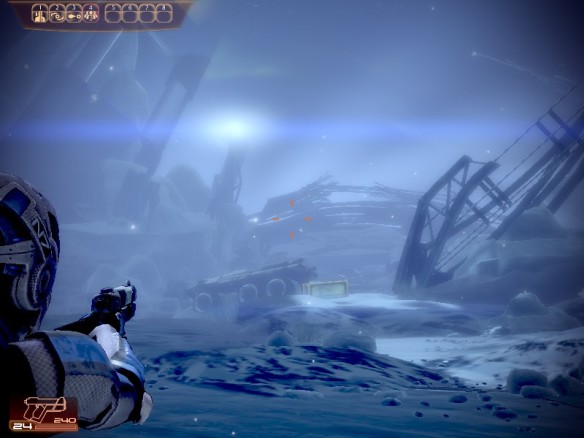 Ultimately, it’s the same problem suffered by Diablo, World of Warcraft, and frankly any RPG I’ve ever played outside the Dungeon Siege franchise: it’s a huge amount of grinding and time-sinks for brief, if stellar, rewards.

What could have been:

So I sort of understand what people love about this game. A lot of the characters are very interesting and memorable once you finally get far enough to properly interact with them, and the main plot — while not especially original — was plenty exciting.

But yet, those good parts were a pretty small part of the game, so I don’t understand why it’s viewed as such a masterpiece. It could have been, but the execution was badly botched. 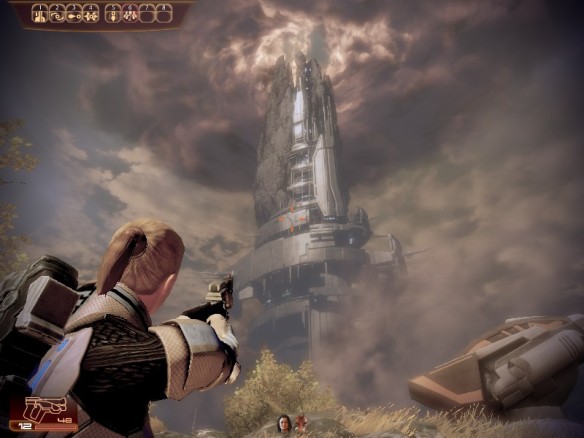 It saddens me greatly because I can easily see how it could have been worthy of the hype if it had just been executed a little better.

Recruitment missions and loyalty missions should not have been separate things, and there ought to have been more variety to them so it’s not always “kill mercs to recruit them, then help them deal with the friend/family member who betrayed them.”

It also would have helped a lot if the loyalty/recruitment missions had been connected to the main plot. The game would have had a much greater sense of purpose if everyone on the crew had lost someone to or suffered as a result of the Collectors, or the Reapers.

With the rest of the game streamlined, the Collector arc could have been expanded and given the attention it deserved. It ended up feeling like an afterthought, almost. So little of the game was devoted to actually fighting them.

Make those changes, fill a few of the more obvious plot holes, and add an option to know if a character has new conversation options without actually going to talk to them, and suddenly you have a game that would be worthy of all the hype.

But unfortunately, what we’re stuck with ends up being a very average game. There are tantalizing flashes of brilliance, but they feel lost amidst hours of slaughtering mercs and scanning planet after planet cause I could never find one with any frickin’ element zero. There was the potential for so much more.