I am, in almost every way, the stereotypical nerd. My favourite books, movies, and TV shows are all sci-fi or fantasy. I love video games. I do well in intellectual pursuits, terribly in physical pursuits. I have reams of action figures and replica starships cluttering my apartment. I don’t consider this a negative; I’m comfortable with this identity.

However, there is one major area of nerdom that has been a blindspot for me, one area in which my nerd cred was never proven: tabletop role-playing.

I’ve had a vague fascination with the idea, off and on, over the years. When I was much younger I bought all the core rulebooks for Dungeons and Dragons, but mostly I just enjoyed reading the lore and looking at the art. I never got around to playing a proper game.

I was somewhat put off by my experience with CRPGs, which are the video game world’s attempts to replicate the tabletop formula. I’ve never liked those sorts of games very much; I find them slow, stilted, and lifeless, feeling more a matter of numbers and stats than an immersive game.

Now, finally, a few of my friends have set up a Dungeons and Dragons group, and I’ve gotten to try it for real. I’m only two sessions in at the time of this writing, but on the whole, it’s been a lot more fun than I expected.

My biggest worry going in was that it would be a very slow and plodding affair, but it’s actually been relatively fast-paced. The story is moving along at a decent clip, and there’s never too long a wait between fights. The pace of leveling is a little slower than I’d like (we’re all still level two), but given the game’s complexity, I see the reason for it. 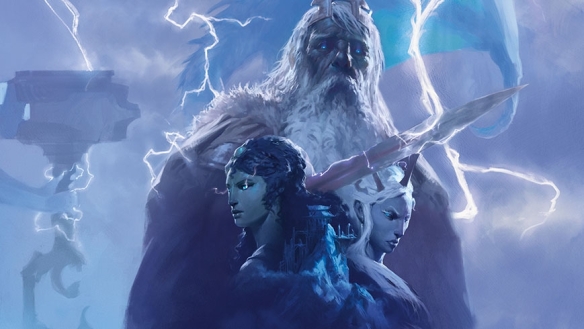 I do credit our dungeon master for doing a good job so far. He’s been hitting a good balance of imposing order while still allowing us some creativity.

As someone who’s always found class choices in video games too restrictive, I also appreciate the greater flexibility Dungeons and Dragons offers.

For example, my character is a paladin (Elven, of course), and I’m playing with the intention of being the group’s main healer/support. However, rather than the traditional tanky sword and board paladin, I have low health and am using a longbow as my main weapon. I’ve actually been able to dish out a fair bit of punishment. I think I got fully half our party’s kills in the first session.

Longer term, I intend to double down on my archery and expand beyond the stereotypical holy magic. Our DM is open to letting me incorporate elements of the arcane archer sub-class, and I intend to take the Oath of the Ancients specialization, which has a nature/druidic bent.

The end result is going to be a long way from what you probably picture when you hear “paladin,” while still capturing much of what makes the class appealing to me.

She’ll still be a crusader for good, but rather than smiting with sword or hammer, she’ll be a deft ranged fighter, slaying evil from range with blessed arrows. She’ll still be a bastion of healing and support, but she’ll do so by channeling the raw vitality of nature and the purity of her own heart, rather than seeking the favour of a specific god. 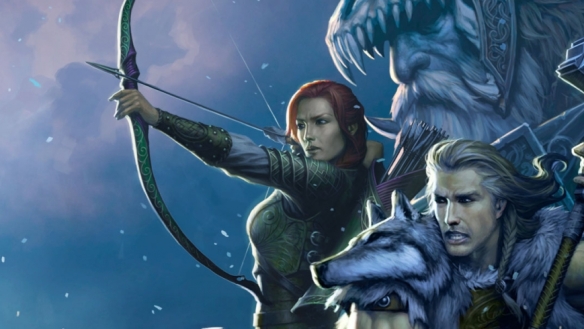 I haven’t felt the frustration I do when playing CRPGs. Ultimately, I feel it’s a bit apples and oranges. Tabletop role-playing has a social, collaborative component and offers more freedom than a video game ever could. Video games are better suited to providing an immersive, seamless experience that lets you live in the moment. CRPGs try to combine the two, but only capture the worst of both worlds.

That said, I’m not without complaints. I had always found the sheer complexity of D&D intimidating, and while it’s not quite as bad as I expected, there’s still a lot to keep track of. I need a clipboard of papers and a rather hefty file on my tablet just to keep track of everything about my character and her spells. Oftentimes the challenge is not so much choosing the right action, but simply remembering what all the many and sundry options are. How a dungeon master manages everything I’ll never know.

Managing clashing character concepts can also be a bit hairy. I’m still not really sure how we’re going to have a party with a lawful good knight, a neutral good paladin, and a deranged necromancer building an unholy flesh golem without someone eventually getting murderized.

Still, none of this been enough to hamper my enjoyment of the process too much so far. Nothing’s perfect, after all.

Again, it has only been two sessions, but so far my first foray into Dungeons and Dragons has been a positive experience, and I look forward to more.

14 thoughts on “Playing Dungeons and Dragons for the First Time”