But the purpose of this post isn’t so much about what I think will happen as what I want to happen. As before, it’s time for my wishlist for the next expansion.

The ocean and Azshara:

Even before the whole Dark Below thing, I was hoping for an ocean-themed expansion. The Great Sea is the last major area of Azeroth that we haven’t explored, and they’ve been foreshadowing something terrible in the oceans for over a decade of real-world time now. Murlocs are not supposed to appear inland — something’s driven them out of the depths.

Furthermore, while I’m not the biggest Naga fan in the world, I do think Azshara would make an absolutely epic villain. Barring Sargeras, she’s pretty much the only iconic Warcraft villain we haven’t tangled with yet. This is the woman who first brought the Legion to Azeroth, who caused the Sundering, and who leads the Naga in their current evil-doing.

Azshara was one of the most powerful sorcerers in history before the Old Gods empowered her, and now she’s abducted Neptulon and conquered the plane of water. Her power must be nearing godlike levels.

An ocean expansion also opens the door to finally facing N’Zoth, the Drowned God. This mysterious Old God is behind many of the recent troubles of Azeroth, including Deathwing and the Emerald Nightmare. While I don’t think we’ll ever see an Emerald Dream expansion, an ocean-themed expansion featuring N’Zoth could include the Dream as a raid and/or zone.

There are many other interesting settings an ocean expansion could introduce. More underwater zones like Vashj’ir, islands, or both. One popular fan theory is that Azshara might use the powers of Neptulon to raise the ruins of ancient Kalimdor as a new continent. I’d be all for that.

The Great Sea is also home to fascinating locales like the Tomb of Sargeras and Kul Tiras, both things I think are overdue to be included in WoW.

I’ve said before that I think World of Warcraft has too many races already. The truth is that a new race just doesn’t add much to the game — they ceases to be exciting within weeks of their release.

But there is one more race I want to see added: the Vrykul.

My reasons are pretty simple. I’m a massive fan of Norse mythology and Viking culture, and I adored the Vrykul back in Wrath. Honestly, who wouldn’t want to play as a giant Viking? Lame people, that’s who.

I also think the Vrykul would make a good neutral race, meaning we won’t need a second race. They’re the ancestors of humanity, and they share common origins with Gnomes and Dwarves, so they’ve got a very strong connection to the Alliance, but their savage and warlike culture is also a perfect fit for the Horde. 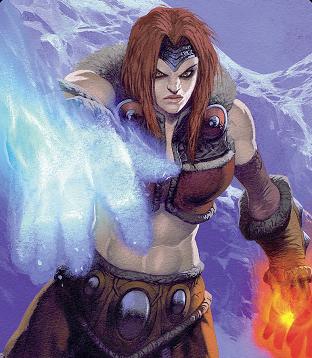 Plus, the Vrykul aren’t really evil. They just lost their way as a people when the Titans abandoned them. So unlike some other popular race ideas (Naga), it’s not terribly lore-breaking for them to turn over a new leaf and ally with the factions of Azeroth.

To make matters worse, it’s a class with incredibly little variety between its specs. So if you want to play a ranged weapon fighter, you really only have one choice.

As someone who enjoys ranged weapon classes but doesn’t much care for the hunter class or its mechanics (especially pets), it’s a source of unending frustration for me.

There are a lot of forms a new ranged weapon class could take — tinker is a popular option — but my vote would go to dark ranger.

For those who didn’t play Warcraft III, a dark ranger is somewhere between a shadow priest, a death knight, and a warlock, but they also make heavy use of bows. Their focus was on using mind control and necromancy to turn an enemy’s own strength against them. Sylvanas is the iconic dark ranger. 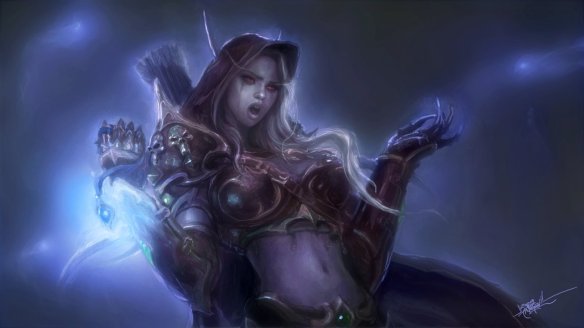 Now, dark rangers are only undead High Elves in lore, so it couldn’t be exactly the traditional dark ranger. My suggestion would be to make it a more general combination of ranged weapons and dark-themed powers, something many other Warcraft races use. Trolls have their shadow hunters; Night Elves have their… everything.

If we’re taking inspiration from shadow hunters, that also opens the door for the class to have some voodoo inspiration, something underrepresented in current class choices, and support and healing skills.

This would provide another thing WoW is currently lacking: an “evil” healer. All current healing specs use nature or holy magic. So there’s a lot of potential for a shadow/blood magic healer.

Could offer some very unique skills. Imagine having the option to drain health from the DPS and give it to the tanks, or a battle resurrection that doesn’t count towards the cap for an encounter, but comes at the cost of sacrificing another player’s life.

I don’t like gear as a method of progression. For one thing, it’s not really progression. Your gear gets reset every expansion. We never actually get any more powerful. Thanks to wacky stat-scaling, my characters are actually much less powerful now than they were in Wrath of the Lich King.

For another, it’s very binary. You either get your drop, or you don’t. It’s possible to spend hours playing and log off without progressing at all.

One of the reasons I’m always leveling more alts is that I find leveling a much more rewarding form of progression. I’ll never replace that level I spent hours grinding for, and absolutely everything gives XP, so every play session is rewarding.

I’d like to see these advantages brought to endgame with some sort of alternate advancement system, perhaps akin to Diablo III’s paragon levels.

It would be difficult to implement without making it another mandatory grind, but I think it could be done. It could provide gold find, out of combat utility skills (double jumps, maybe), and other useful but not game-breaking perks.

Yeah, I think we all know my thoughts on this by now.

I don’t like subscriptions. They’re restrictive, and they’re incompatible with the way manypeople play games these days. To paraphrase a comment I read on another blog a few weeks back, “15$ a month isn’t too much to spend on a hobby, but I have a gaming hobby, not a Warcraft hobby.”

(They were talking about WildStar, but the principle’s the same.)

While I have advocated for free to play and would welcome it, it’s not actually my first choice. I’d prefer a buy to play model more along the lines of Guild Wars 2 or The Secret World. Free to play is still better than a subscription model, but it tends to make it too easy for trolls and gold-sellers to make it into a game. A little barrier to entry is a good thing.

So basically I want to be leveling a Vrykul dark ranger through the Ruins of Zin-Azshari, while working on alternate advancement for my warlock and coming and going as I please due to the lack of subscription. What do you want to see announced for WoW when BlizzCon rolls around?

14 thoughts on “My WoW Expansion Wishlist”