I often think back and try to understand how I came to be so fascinated by fantasy fiction. A lot of it, I think, has to do with being exposed to it at a young age. I have many fond memories of my parents reading “Lord of the Rings” to me while I was sick, or of playing Warcraft: Orcs and Humans on my father’s knee.

But I think it also has to do with where I was raised.

I spent the first few years of my education at a one-room private school in rural Ontario. The “schoolyard” was composed of fields of grass and clover and seemingly endless stretches of woods. While the seed of my love for fantasy was planted by books and video games, it flowered in those woods.

Fantasy has always been a genre with a strong connection to the natural world. This is probably in large part due to Tolkien’s own fascination with nature and his distaste for modern industry. Whatever the reason, the genre is defined by enchanted forests, haunted swamps, and mist-shrouded hills and mountains.

It was very easy to turn the fields and forests around my school into those fantastical landscapes. It’s not simply a matter of how beautiful the place was; the terrain was remarkably varied, allowing me to find an analog for any scene I could conjure up in my imagination.

I firmly believe I would not have become a fantasy writer if I had not been brought up in such an environment. True, I’d always had a penchant for imagination and making up stories, but the land around that school fertilized my imagination like nothing else. The increasingly complex imaginary worlds and make believe games I created in that place were the direct forebear of the novels I’ve written in adulthood. 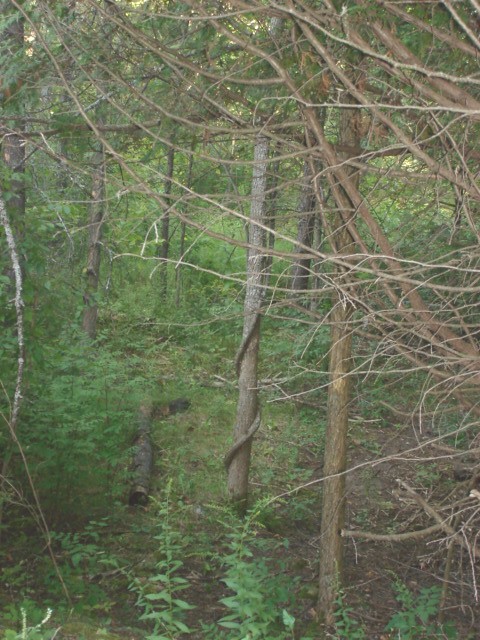 I’d be curious to learn if other fantasy fans have had similar experiences. Certainly, I find it hard to imagine anyone loving fantasy without holding an equally passionate love of the natural world. If any fantasy fans would like to comment, I’d be very curious to hear your thoughts on the matter.

Just something cool I stumbled across and wanted to share. I am not generally very interested in cosplay, nor am I an especially big fan of the Diablo franchise in general or the monk class in particular, but with all that being said, this lady is freakin’ awesome.