Warning: While I normally try to avoid giving specific spoilers, this review does have some. 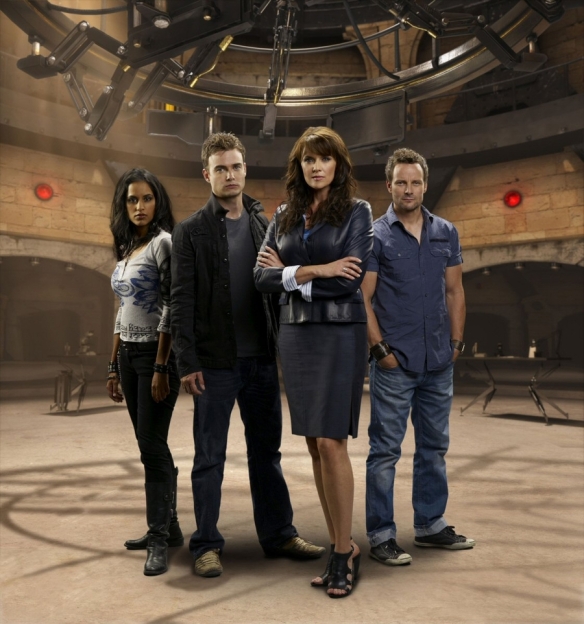 “Uprising” is the second part of the premiere for Sanctuary’s fourth season and continues the other crisis left by last season’s finale, the thousands of Abnormal refugees pouring up from devastated Hollow Earth and being herded into concentration camps.

This one doesn’t have quite the emotional impact of “Tempus.” It feels like a very by the numbers “crazy general is out to kill Abnormals” plot straight out of the X-Men movies.

That said, it’s still an enjoyable story with plenty of action and a few good twists. This is about as good as Sanctuary will ever get when the Five aren’t involved.

Also, the writers actually remembered that Henry is a werewolf for once. Hallelujah!

The ending feels a bit too quick and neat, as is so often the case with Sanctuary. The refugees just sort of shuffle back down to Hollow Earth, which leads one to wonder why they were fleeing in the first place. There are hints that some may stay behind to wreak havoc on the surface, which could make for a very interesting arc, but this show has disappointed me enough times that I’m not going to hold my breath.

However, one wonderful thing did come out of this episode. The Kate Freelander character appears to have been written out of the show, having been sent to Hollow Earth as a kind of ambassador. Kate is a horribly written character played by an utterly unconvincing actress,* and the show can only benefit from her departure.

*To be fair to the actress, I have seen her on other shows in which she did decently. She just doesn’t seem good at portraying tough, dangerous characters.

Want to get caught up on Sanctuary? The entire series is available to buy on BluRay and DVD on my Amazon Affiliate. 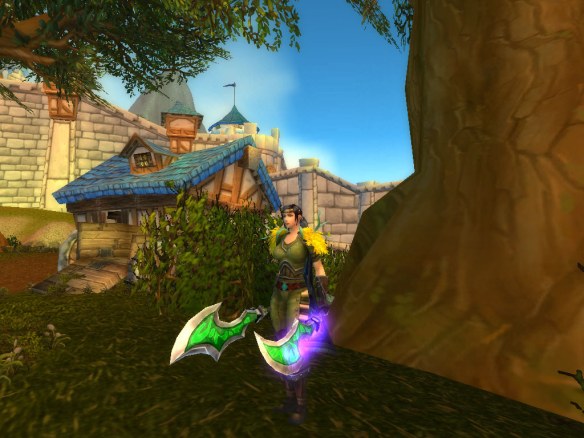 Now the question becomes whether or not I actually want to use it, or just stick with tier nine. I like the concept of this set and the uniqueness of it, but it does feel a little basic. I know people complain about how over-the-top the armor in this game is, but I like the giant shoulderpads, flaming greatswords, and WWE belts.

I also haven’t been able to find a decent headpiece or gloves for this set. There’s a druid tier lookalike helm from Ulduar I’d like to use, but where am I going to find a group for that?

Even if I don’t use it, though, I won’t consider it a waste of time, as I had fun putting it together.

What do you think? Is it a nice set? Or should I stick with VanCleef’s Battlegear?

The Bell has Tolled!

Shelter your weak, your young, and your old!

Hallow’s End has begun in WoW, and while I normally couldn’t care less about most of the holidays in this game, I’ve been rather enjoying this one. I missed it last year, and I was low level during my first Hallow’s End, so between those factors and the new updates, it all feels very fresh to me. 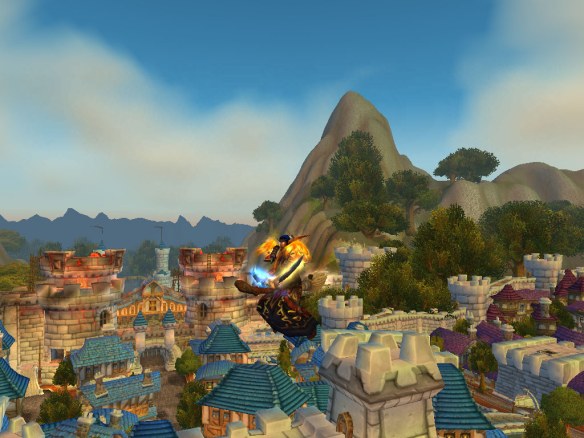 I’m actually quite impressed at how well they’ve managed to shoehorn what is a blatant reference to a real life holiday into Warcraft lore and make it fit. I especially like the new tie-ins to Gilnean lore for the Alliance side.

Also, if you’ve ever read the “Legends” manga series, you’ll know that the Headless Horseman actually has a better and more lore-appropriate backstory than most “serious” non-holiday bosses.

Speaking of the Horseman, I’ve been grinding him heavily on all three of my 85s in the hopes of getting that lovely mount of his. He’s a much more entertaining fight than most other holiday bosses. “Get over here, you idiot!”

By the way, if any of you have gotten the new creepy crate pet, make sure to bring it to one of the cows in Elwynn. The results are… interesting.

What of you, dear reader? Are you enjoying Hallow’s End this year? How do you like the new updates?