The past few days have seen a couple of game sales tempting me. 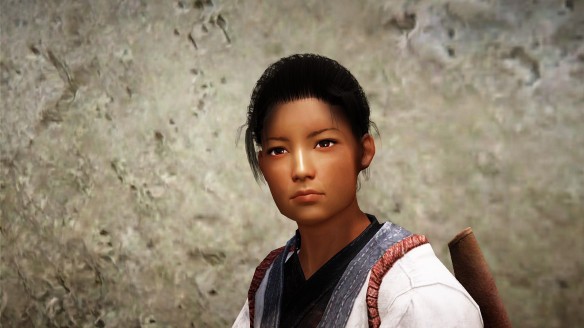 First, Steam offered Black Desert for a measly $6. Now, I have no real interest in this game. I tried it, was underwhelmed, and promptly moved on.

But that character creator, though. I had a blast recreating all sorts of characters from my writing, and there were many more I would have liked to get to. So in the end that seemed worth $6 to me. It’s probably the worst reason to spend money on an MMO ever, but here we are.

I’m not in a massive rush, but you can probably expect to see more Black Desert-spawned recreations of my characters at some point. They’ve expanded the character customization options, especially for male characters, so the list of characters I can faithfully duplicate should be greater now. I want to try for a better rendition of Tyrom.

One wrinkle is that it’s apparently impossible to use an old Black Desert account on Steam. You need to start a new one. But I’m not really planning to actually play the game, so it doesn’t really matter if my original account and its associated progress is lost.

The free weekend has now wrapped up. Overall, I had a lot more fun this time than in any of my previous stints with the game. As I said in my last post, the Total Mayhem mode is a vast improvement over the standard gameplay.

Even so, I managed to talk myself out of buying it. It’s just too shallow of an experience to justify spending time and money on when there’s so much I want to play. These days, simply being fun isn’t always a good enough reason for me to play a game. I prefer to focus on games that stimulate my mind or emotions. Give me a good story or some really fascinating gameplay. Or ideally both.

Before the weekend wrapped up, I was able to earn enough credits to buy the legendary D.Va skin I got in beta before the account wipe (which is also my favourite skin in the game), and I also got lucky and had the Symmetra anniversary skin drop.