Instead of doing a top ten list of all my favourite video games, I’ve decided it’s more fair to rank my favourite older and newer games separately, five each. I’ve already covered the old school greats, so now it’s time to run down my top five games from the modern era.

Entry #24601 in the “things Tyler loves that everyone else hates” category is Dungeon Siege III.

It is a very big departure from the previous games in terms of game mechanics. Part of me misses the old model. But looked at on its own merits, it’s still quite a strong RPG.

Choosing a class (or character in this case) is more generic than just playing and evolving naturally, but the “class” designs are among the best I’ve seen. Lucas is just your standard warrior dude, but the others are more unique:  Reinhardt is a steampunk techno mage; Katarina is a gun-toting, curse-flinging gypsy witch; and Anjali is a divine warrior-priestess who can shapeshift into a fire elemental.

Anjali in particular is one of my all-time favourite characters/classes in any RPG. Just so much fun.

And while it was a departure in terms of gameplay, it’s a true sequel to the original Dungeon Siege in terms of story, something DS2 definitely wasn’t. In fact it improves upon the already strong lore of the original, deepening and expanding it, and it evolves into a complex, powerful story with an incredible ending.

Add some gorgeous graphics and a lovely soundtrack and you have one of the most underrated games ever. 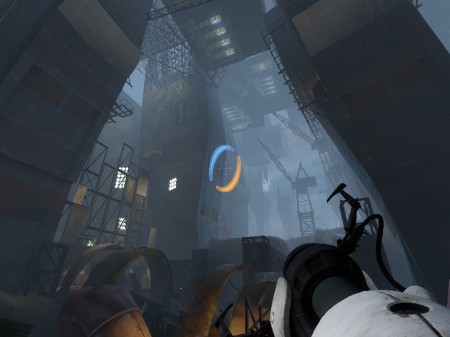 Much has already been said about the Portal games by myself and others, so I don’t see a lot of need to repeat it. If you’ve played them, you know how special they are. If you haven’t, go do that right now. I’ll wait.

Both games were good, but I think Portal 2 is the more memorable one. The first Portal was entirely too short. Portal 2 had all the same wit and creativity, and while it’s still a relatively short game, it’s not quite the “blink and you’ll miss it” affair the first was.

And again another of my unpopular opinions.

While I seem to be the only one that feels this way, I found Mass Effect 3 to be the strongest entry in the trilogy by a significant margin. I’ve always been a fan of epic, apocalyptic stories, and ME3 certainly delivers on that front. In the previous games, the Reapers were a distant threat, but in ME3 their full fury is unleashed, and as the game unfolds, you get to see them tear the galaxy apart in excruciating detail.

It’s a dark, intense story, and I admire that it pulls no punches. The heroes fail many times throughout the story, and the losses are deeply felt. Not many games have the guts for that.

Like ME2, it’s also a very big game with lots of side missions and secondary content, but unlike ME2, none of it feels irrelevant or chore-like. Everything connects to the main story. Everything feels important, and exciting.

Even the most minor side-quests can be memorable. For me one of the most gut-wrenching moments of the game is a brief side mission where you assist in the evacuation of the Elcor homeworld. It’s just the most basic kind of collection quest, but the ambassador’s reaction at the end is so powerful.

And then there’s the excellence that is the Rannoch arc, and the sheer joy of drunk Tali, and all the little conversations between the crew members between missions, and Traynor… It’s just an excellent experience all around.

StarCraft II’s sheer scale can make it a difficult game to rate. It has had two expansions the size of standalone games plus a fair bit of DLC. Looked at as a total package, StarCraft II is now massive in scale.

And it has had its stumbles along the way. Wings of Liberty was mostly a good game but did suffer from Blizzard’s failed experiment with non-linear storytelling, and I think we can all agree Heart of the Swarm was something of a disappointment. 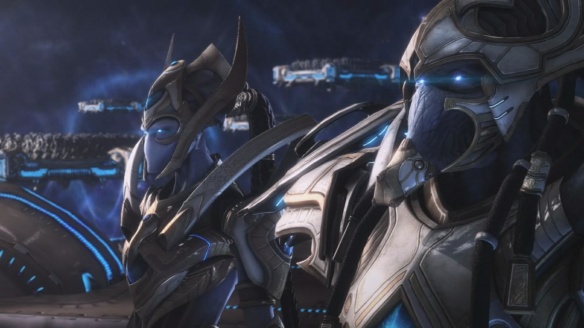 But when you look at the big picture, it’s clear StarCraft II’s successes easily outweigh its failures. Despite its hiccups, Wings of the Liberty still wound up being a pretty strong story, and Legacy of the Void was one of the greatest sci-fi epics I’ve seen in gaming. Hell, even Heart of the Swarm gave us Abathur and the Primal Zerg, so it was hardly a total loss.

Similarly, I’m not without complaints about its gameplay, but overall SC2 still deserves to go down as one of the great RTS games of all time. The campaigns have featured some of the most creative level design in gaming history, the co-op mode added in Legacy of the Void is infinitely replayable and incredibly fun, and its competitive play remains one of the greatest tests of skill in the gaming world.

I’ve already spent no shortage of time raving about how amazing TSW is, so I shouldn’t repeat myself too much.

A lot of my love for this game boils down to the fact that story will always be the most important part of gaming for me, and TSW has some of the best writing in video game history. Its dialogue is second to none, its characters are unforgettable, its world-building is spectacularly deep and incredibly original, and its ambiance is like nothing else.

But it’s no slouch in the gameplay department, either. I love how you can build your own “class.” I love that it’s challenging, but not cheap. I love how the enemies are powerful and intelligent rather than just HP sponges to be mowed down. I love that its progression is fair to all playstyles and offers incredible freedom to the player. I love how many awesome cosmetics there are to collect. 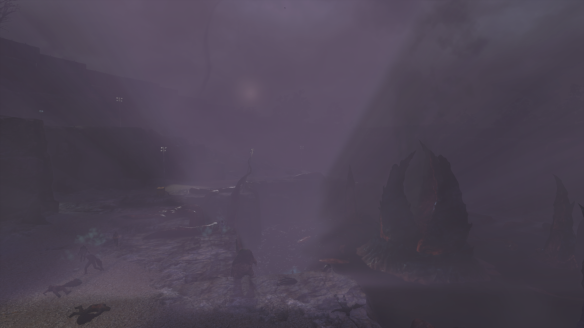 As with the first list’s winner, Warcraft III, The Secret World is probably as close to a perfect video game as we’re ever going to see.

Despite some initial stumbles (and a few lingering problems), Diablo III has evolved into a really excellent game, as the hundreds of hours I’ve sunk into it can attest. It was sort of a dead heat between Diablo and Dungeon Siege for the fifth spot in this list.

Something that has been interesting about recent years in the gaming industry has been the growing push for video games as art, and it’s produced a number of titles that are truly amazing experiences despite being light on gameplay. The Park, Oxenfree, and Remember Me all come to mind as examples of this.

Obviously World of Warcraft is conspicuous in its absence from the list, but despite the countless hours I’ve spent with it, it has far too many flaws to be considered a truly great game. SW:TOR is another title that has given me some great times but has too much wrong with it to earn a spot among my all-time favourites.

It does seem a bit strange that I’ve spent the majority of my gaming time over the past ten years playing MMOs, and yet only one of them made my top five (albeit with top honours). I’m not sure what, if anything, should be read from that.