I’m still logging into Landmark now and then, though I have been pretty heavily distracted by other things (the main one rhymes with Morecraft). I did, however, finally get around to finishing my second, much more ambitious build. I actually wanted to blog about it sooner, but, again, distracted.

I think this is a case where a picture is worth a thousand words, so let me take you on a visual tour of the construction of the Vale of Whispers.

My initial plan had been to find a nice mountain valley and then tunnel into the surrounding cliffs, but I couldn’t find a valley that was the right size or shape, so eventually I threw up my hands and declared, “Screw it, I’ll build my own valley! With blackjack! And hookers!”

So I claimed a good chunk of a mountain and set to digging. Carving out a valley didn’t take too long… 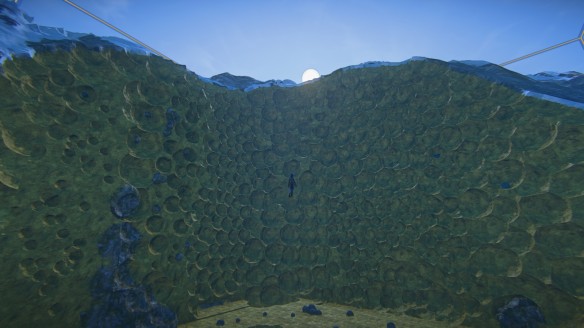 …But smoothing it and terraforming it to look natural became a pretty huge ordeal. I think it wound up being something like three or four hours of nothing but smoothing and tweaking the terrain. I did it in bits and pieces over several days, but even so, it was exhausting.

Once that ordeal was finally finished, the time came to start painting the terrain.

By this point I had already spent many hours on build two, and I had only reached the point my first build had started from — a blank slate of terrain.

The next big task was to begin carving out a system of tunnels, which would house an academy of arcane study. 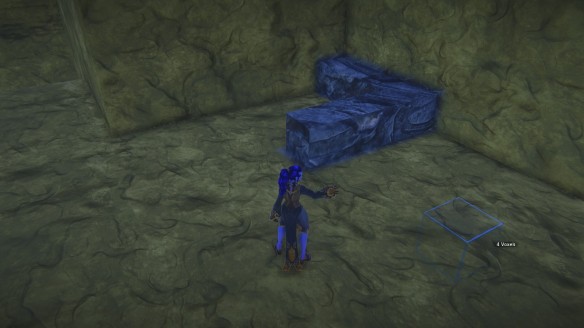 My method of measuring so the pillars would all be even with each other.

Stairs suck, let me tell you. You have to take it one step at a time — literally. I couldn’t copy and paste because I was digging into the native terrain rather than building something new. Maybe I should have just hollowed out the whole mountain and built the tunnels from scratch, but I’m not sure that would have been any less work in the end.

I thought I had some screenshots of my building the many stairways, but apparently not. So much the better — I’d rather burn the whole experience from my mind.

I did end up cheating and using teleporters in some places.

With the valley built, the basic terrain established, and the tunnels dug, I could finally turn my attention to the fun part: Making it pretty. 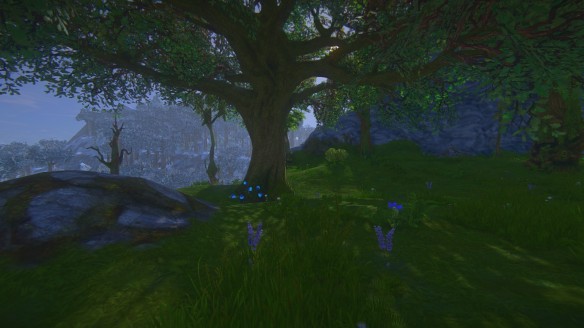 And I populated the tunnels with ritual chambers…

Unlike my first build, the NPCs in Vale of Whispers are friendly. Mostly.

Now, at last, the whole thing is finished. I think I did bite off more than I could chew to some extent with such an ambitious build, and it was pretty exhausting after a while, but I am happy with the results.

The Vale of Whispers turned out to match my original vision incredibly well. That’s one thing I can definitely say for Landmark: If you can imagine it, you can make it.

And I think it’s quite pretty, if I do say so myself. 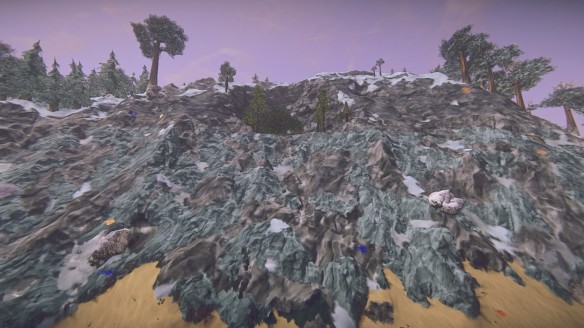 If you’re a Landmark player, I welcome you to visit. Look up Vale of Whispers in the gallery or walk down to the southern fjord on Lonely Glacier (Serenity). 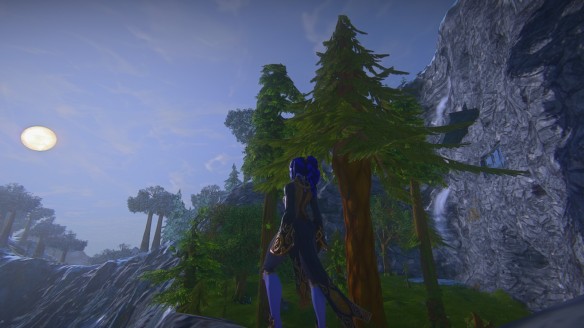 And don’t forget to check out my first build, as well: Maigraith’s Grove, just southeast of the spire on Silver Shallows (Serenity).