The interesting thing about this book is that it is not based on the games, as Christie Golden’s many other Warcraft novels have been, but instead the movie. 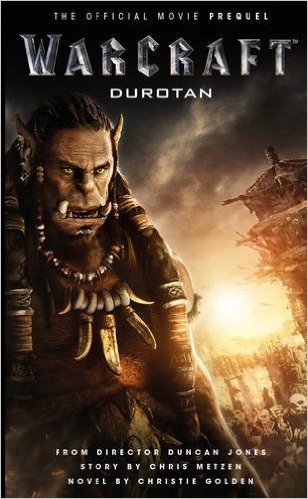 The Warcraft film has its own unique continuity, and so while Durotan covers roughly the same period of time as Golden’s Rise of the Horde, it’s a very different story. Think of it as an alternate universe, only without the headache-inducing confusion and absurdity of Warlords of Draenor.

Like the movie, it changes a lot about the established lore while still staying mostly true to the spirit of the world and its characters.

As the title would imply, the focus is given to Durotan and the Frostwolf clan. While Rise of the Horde provided a broad view of the fall of Draenor, the scale of Durotan is much more narrow and personal as the Frostwolves struggle to survive in a world that is slowly dying.

Durotan also introduces a new threat in the form of the Red Walkers, a rogue clan of vile flesh-eaters driven past the brink of madness by the ruin of their world. They serve as the primary antagonists, and they do a damn good job of it.

It’s a much simplified version of the lore, with none of the at-times overwhelming complexity that has come to define that period of history in the main universe, but while I wouldn’t necessarily want to see the game universe streamlined to this extant, it is interesting as a “what if” take. Durotan is certainly much more friendly to someone with little to no Warcraft lore knowledge than most of the recent Warcraft novels.

Ultimately, whether or not you will enjoy this book comes down to one question: Do you like Orcs?

I’m not just saying that because basically every character in the book is an Orc. Everything about Durotan just oozes Orcish culture. This is the absolute Orciest, chest-thumpingest, skull-splittingest, zug-zugiest, lok’tariest book ever.

I like Orcs, so this is all good news to me. I especially like the Frostwolves and their culture — essentially the loyalty and fellowship of a wolf pack blown up to a full humanoid society — so it was a great joy to immerse myself in that mentality for three hundred pages or so.

I do have a few complaints, but all of them minor.

I know this is a very out of character thing for me to say, but I would have liked to have seen more of the Draenei. I was very curious how this newer, streamlined version of the lore explains them, but I was destined for disappointment on that front, as barely any attention was given to them in the book.

Similarly, I would have liked to see more of Garona, who turned out to be (surprisingly) a major highlight of the movie. 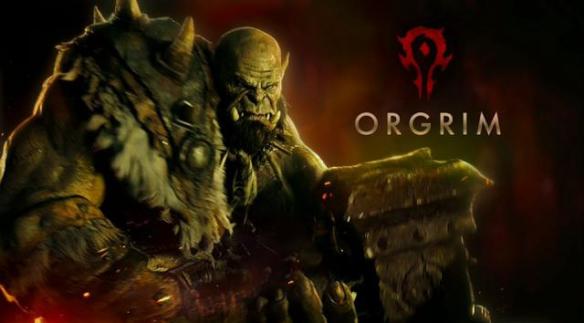 I’m not entirely keen on how Orgrim Doomhammer is portrayed in the book, either. He mostly comes across as a bit of a simpleton, which is a disservice to a character as complex as he has traditionally been.

The ending is slightly underwhelming, too, but I suppose that’s somewhat inevitable for a book that mainly serves to set up the movie. The climax of the story happens on the big screen, not between the covers.

Still, on the whole, it was a good read. Recommended to both fans of the games and people who’ve only seen the movie.