Opening, Heroes of the Storm, and Hearthstone:

The opening to this year’s BlizzCon was interesting. They began with a retrospective video covering the entire history of the Warcraft franchise, and I have to say I found it thoroughly nerdgasmic. Was like being ten years old again… though it was an odd choice for a convention that seems to have little news on the Warcraft front.

Something else that I thought was very interesting was that Mike Morhaime took some time out of his opening speech to address the great shame of the gaming community, Gamergate, and encourage people to stop being pricks and act like human beings.

Now, I could pick some holes in this action. He didn’t actually name what he was talking about, and overall, his language could have been stronger. But he didn’t have to address it at all, and it raises my estimation of Blizzard somewhat.

They then moved on to some announcements for Heroes of the Storm. The main news is that Thrall and Jaina are on the way (about time), as well as the Lost Vikings and two new battlegrounds: Sky Temple, and Tomb of the Spider Queen.

I’m a bit disappointed in the lack of Sylvanas, as well as the lack of a StarCraft map, but still, this is good news.

Closed beta will begin in January. I’m going to assume they’ll allow you to buy access through founder packs, because otherwise I don’t see the point of a closed beta. That’s pretty much what the technical alpha is already.

They then announced the first Hearthstone expansion, Goblins Versus Gnomes, which will be launching next month(!). It doesn’t seem like it’s adding much other than new cards.

StarCraft II: Legacy of the Void

This was the most exciting announcement so far for me, even if it was also the least surprising. Legacy of the Void is nearly done, and they showed a truly fantastic trailer for it.

I had such a raging nerdgasm watching this. The Protoss fan in me is just delirious with joy.

The final battle with Amon! Purifying Aiur! Artanis and Selendis! Zeratul and Kerrigan! Death and ruin!

It’s all so epic I can’t even be coherent. All I can tell you is that when the trailer was finished, I threw my arms into the air and shouted, “YES! YEEEES!”

Gameplay details are sketchy at this point, but it sounds like the campaign will feature something like the god powers from Age of Mythology in the form of orbital strikes from your mothership. I can get behind that.

As I predicted, there will be new multiplayer units, though the only one announced at the time of this writing is the lurker.

But probably the biggest news out of this BlizzCon is the announcement of Blizzard’s first game from a new IP in nearly two decades: Overwatch, introduced with both cinematic and gameplay trailers.

It’s a quirky, sci-fi shooter. Seems somewhat inspired by Team Fortress, but also with some MOBA elements. There seems to be quite a large cast of characters, and it looks like they all have pretty unique abilities and playstyles. So a large twist of RPG in this FPS, it seems.

I can already hear legions of angry nerds howling about Blizzard going to the kids, because Overwatch does seem incredibly “Pixar.”

That said, it seems reasonably well done for what it is. It’s silly, but it’s charming.

Something I found interesting is that the majority of the first few characters they previewed were female, of ethnicities other than Caucasian, or both, and only one of the female characters seemed overtly sexualized. Perhaps I’m reading too much in, but maybe Blizzard is finally getting the message about inclusiveness.

Another surprise is that Overwatch is apparently not years down the road. Beta is planned for 2015, and it’s already playable at BlizzCon.

I’m not sure what I make of this just now. A competitive online shooter is not a genre I’ve ever had any interest in, and I’ve got somewhat mixed feelings on the whole “Pixar does X-Men” vibe of the universe. If they had a single player campaign, I’d be all for it, but this sounds like a purely PvP game. I’d also feel a lot better if they had a third person perspective option, but that doesn’t seem to be the case.

That said, it is Blizzard, and they’ve succeeded in getting me interested in genres I didn’t care about before (see: Heroes and MOBAs). The graphics are very cool, and Tracer does look like a pretty fun character to play.

If nothing else, I commend Blizzard for trying something new.

There has been no word of anything related to Eye of Azshara, perhaps not surprisingly. There’s always the remote possibility they might announce it later, but I seriously doubt that.

I am a bit disappointed there’s still no news of any updated versions of old Warcraft games. With all the hype they were doing about this being the twentieth anniversary of Warcraft, I’m kind of surprised there was no news on that front. Feels like a wasted opportunity. 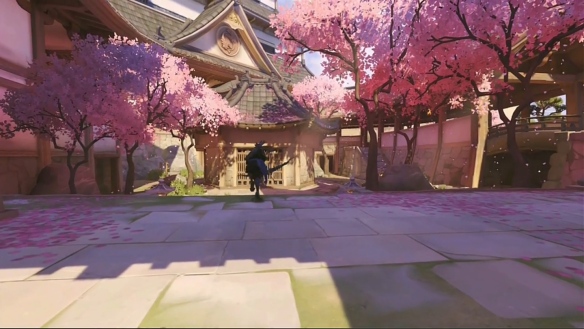 Aside from that, though, this is shaping up to be an interesting BlizzCon. No doubt there will be much more details on Overwatch, Legacy of the Void, the new Heroes content, and more over the coming days. Stay tuned to this blog for further updates and my thoughts.