The Filth has invaded Agartha.

After months of build-up, the Filth invasion event in The Secret World has finally begun in earnest. It’s not just Flappy the Filth Dragon dive-bombing the platforms anymore. An infected portal has appeared, complete with missions to drive back the zero point pathogen.

Putting aside the “OMGWTFBBQ FILTH IN AGARTHA” factor, though, it’s a bit of an underwhelming event so far. We started by gathering huge amounts of pure metal to power up a custodian, and now there’s just one short, repeatable mission to go through the portal and fight Filth beasts.

But this event is meant to last for months. It’s supposed to continue up until the release of issue #9, and we’re still weeks away from issue #8. So there are bound to be many, many more stages to work through.

As always, the community adds a bit more spice to the event. I’ve been greatly amused by watching the people kill time between missions outside the portal. There have been dance-offs, couples (I assume) /sleeping next to each other, and other tomfoolery. I even saw a guy polishing the custodian once.

There are also a lot of people offering to run lower level characters through the event mission. Despite my normally selfish and antisocial nature, I’ve been trying to do the same and have helped several of my lesser geared brethren do their part to reclaim Hollow Earth.

Something else that’s been on my mind lately is how different the developer/fan relationship is in The Secret World compared to other games. I remember Greg “Ghostcrawler” Street mentioning recently that he receives death threats on a regular basis, and there have been several recent incidents of developers quitting their positions or the industry entirely because they could no longer stand the abuse from fans.

On the other hand, TSW has “dev appreciation” threads and random people who show up at their office to give them donuts.

Yes, this has happened more than once. 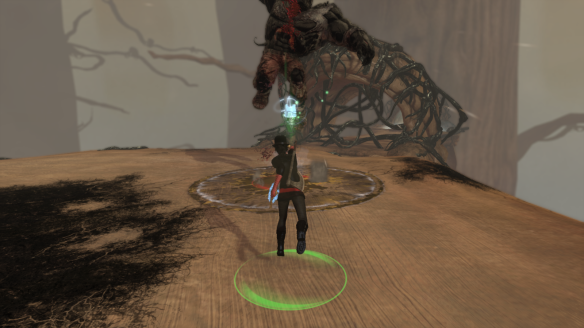 I certainly think the developers deserve the high regard they’re held in. Aside from making an awesome game, they’re an incredibly friendly, open, and honest bunch. Tilty often posts in fan art threads to compliment the artists on their work. Scrivnomancer and I have discussed our mutual love of Jeffrey Combs and his role in the game. Joel is always answering questions on the forums — he’s even answered a few of mine.

Either way, it’s nice to have such a healthy relationship between the fans and the developers. I maintain there’s no such thing as nice gaming community, but TSW probably has the least awful community.

A couple more of my articles have been posted around the Internet. WhatMMO has 8 MMO Boredom Cures, and as someone who bought the WoW annual pass back when it was offered, trust me when I say it comes from personal experience.

Meanwhile, ADANAI has posted a list of the 10 Most Iconic Video Game Villains, as selected by yours truly.