When Wyrd Street launches next month, its Quicksilver War campaign will feature an extensive collection of custom digital battlemaps created in Inkarnate by me and my co-writer, Shu.

While we wait for the launch, let’s take a look at some of the maps you’ll encounter as you adventure through the slums. 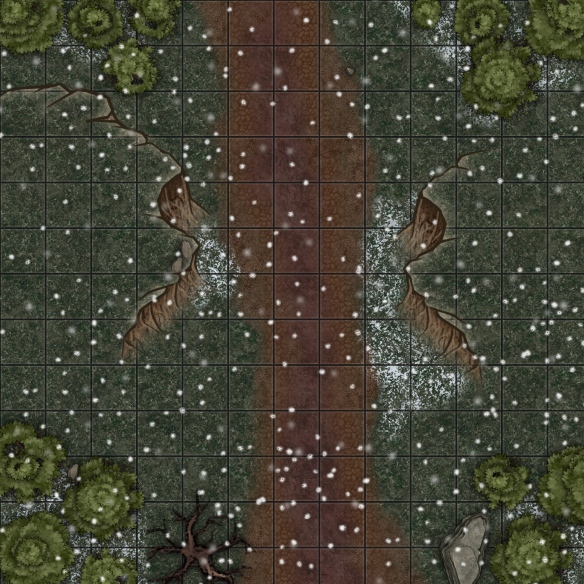 This is the first map you’ll encounter in the campaign, a snowy country road in early spring. 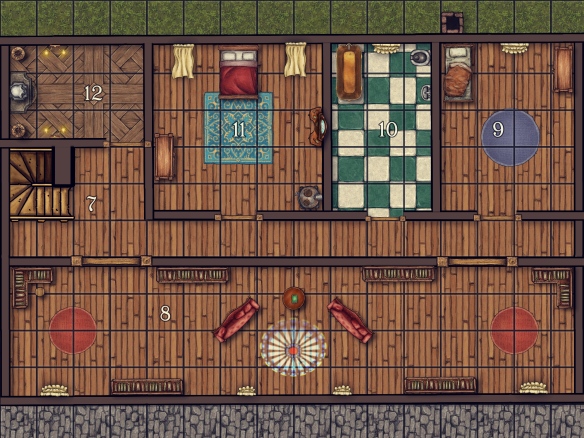 Once you arrive in the city of Morhold, you’ll embark on many Jobs to support your Loved Ones. This map comes from an early Job called The Haunting of Redmund House.

This is the central square of the Bala Enclave. A massive Mother Tree towers over the plaza — it took me some doing to figure out how to present the canopy without obscuring the grid. Opacity settings to the rescue!

This is just a small sampling of the maps you’ll encounter in the Quicksilver War campaign. Nearly every major dungeon crawl and combat encounter has a custom map, and when the game launches in November, you’ll be able to see them all.