Lately I’ve been looking for new ways to occupy my time during dinner. Usually I like to watch “TV” (on my computer — I haven’t owned an actual television in years), but I’ve been trying to save money on streaming services like Netflix, especially since there isn’t much on said services I really want to see at the moment. 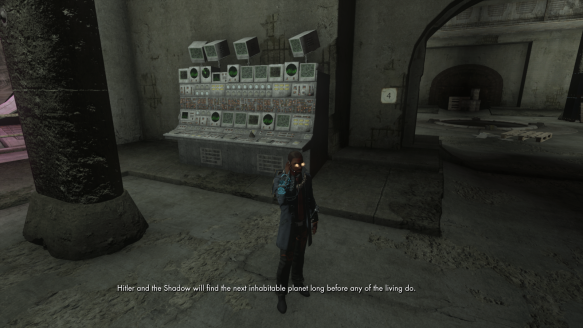 This past October I had the idea for a seasonally appropriate diversion. One of my favourite ever pieces of content in The Secret World was the Halloween mission “The Broadcast,” which involved a series of haunted radios. Exorcising all nine radios awarded the player with an in-game item they could use to listen to the audio dramas playing on the radios at any time.

It’s an incredibly cool idea, but I’d never really gotten around to sitting down and listening to them, with the exception of the famous Orson Welles War of the Worlds broadcast. I suppose the idea of radio plays just seemed a bit quaint in this day and age, though I now regret that rather narrow-minded view.

At any rate, this year I decided to finally dig out my Paranormal Shortwave and listen to the remaining eight dramas. They were a bit hit and miss, and some really haven’t aged well, but on the whole it proved a surprisingly enjoyable experience.

It takes a little getting used to, but once you become accustomed to the lack of visual stimuli, it’s amazing how easy it is to get lost in the stories. There’s something deeply immersive about pure audio.

My two favourites of the dramas I listened to in TSW (Northern Lights and The Thing on the Fourble Board) were both from a show called Quiet, Please. They were delightfully surrealistic pieces of Lovecraftian horror.

I find there’s something about the audio format that makes horror much more palatable for me. Normally I’m not much of a horror fan, my delirious love for TSW notwithstanding. But as I’ve talked about before, I do enjoy horror that can create a sense of ambiance. Something that’s spooky, rather than scary.

Audio is less immediate and yet somewhat paradoxically more immersive than most other forms of fiction, and that hits a perfect sweet spot for delivering the kind of ambient experience I seek from horror.

My positive experiences with Quiet, Please and the other dramas in TSW left me wanting more. I was already peripherally aware that the audio drama format is undergoing something of a low key renaissance and that there were many free audio dramas online, so I began researching them.

When I looked for recommendations, one name came up over and over: Limetown. 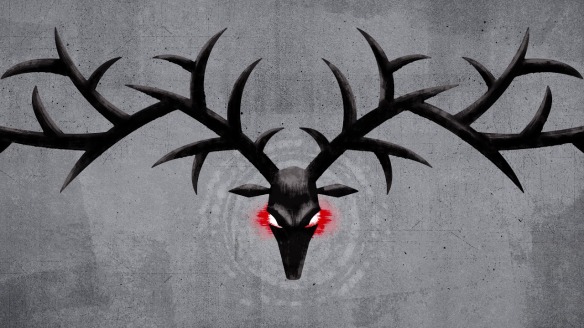 From its description, I took Limetown to be a supernatural mystery in the vein of TSW, and I jumped on it. I’ve spent the last few weeks getting caught up, and I’ve now enjoyed every episode of the two seasons that have been produced so far.

Limetown blew me away out of the gate. The voice acting, the mystery, and the sheer ambiance of it was just impeccable. It’s strange to praise the sound design of an audio drama since sound design is basically all it is, but still, the sound design of Limetown is flawless. The subtle background sounds and foley effects put you in the moment so brilliantly.

I think it’s fascinating that at no point has Limetown given any significant physical description of its main character, Lia Haddock, yet I can picture her perfectly in my mind.

I will say that as time went on my love for Limetown did wain a bit. Going in, I was worried it would be another story where questions keep getting piled on without any answers, but it actually ended up being the opposite extreme. Limetown is perhaps a bit too quick to offer answers and resolve its big questions.

Also, I found it slowly became less about the speculative elements of the story and gravitated more towards being a simple thriller a la Jason Bourne or its ilk. As a sci-fi/fantasy nerd, that disappointed me.

That being said, it’s still pretty damn good. All the praise above regarding voice acting and sound design remains true throughout, and it never fails to be a thrilling, intense story. It might not have 100% lived up to the promise of its first few episodes, but at the end of the day I’ve only downgraded Limetown from “absolute masterpiece” to “pretty good and definitely worth your time.”

There’s no word yet on if there will be a third season of Limetown, but I certainly hope for one. The story is there, waiting to be told.

The producers seem to have ambitions to make this a whole franchise. There’s already a prequel novel (which I will probably read at some point), and in theory there’s supposed to be a TV series at some point (on Facebook of all places).

For my part, I need to find a new audio drama to listen to.

I feel silly for not pursuing the idea long ago. As I said, I have been aware of audio dramas for some time. I produced* a short series of them when I was a teenager, for Pete’s sake, and I’ve also listened to Blizzard’s forays into the medium with its audio Legion tie-ins.

*(By which I mean did very little and somehow got nearly all of the credit.)

Well, better late than never. Now, I understand the appeal. Now, I have heard the future.

4 thoughts on “Exploring Audio Dramas: From Quiet, Please to Limetown”