Vampyr has been one of my most anticipated games for a while now. I may not be the biggest fan of vampire fiction, but Dontnod has made interesting games before, and this seemed a fresh take on the idea. 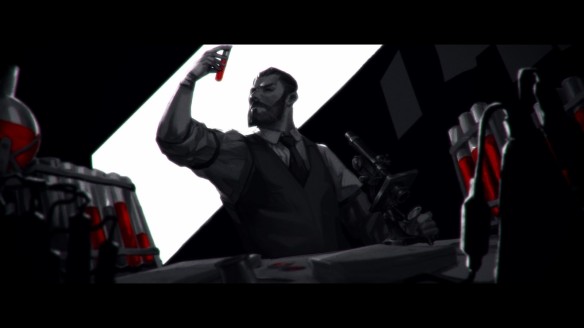 In Vampyr, you take on the role of Jonathan Reid, a doctor returning home to a flu-stricken London following a tour of duty in the Great War. After an attack by a mysterious assailant, Jonathan wakes with an uncontrollable thirst for blood. As a doctor, he is sworn to do no harm, but as a vampire, he must feed on the living to survive.

This dichotomy lies at the heart of what makes Vampyr special.

The temptation of blood:

The combat and the main storyline in Vampyr are both firmly in the realm of being okay, but not great. Neither offers one much cause for complaint, but neither really stands out compared to other games, either.

What makes Vampyr memorable is its mechanics around difficulty and progression, and how they tie into the story and game world.

There are no difficulty settings in Vampyr. If you find yourself struggling, the only way to make things easier is to level up more. But this isn’t a game where grinding is a viable strategy. While there are other sources of XP, by far and away the quickest and most efficient way to level is to “embrace” Citizens, killing them by drinking their blood. 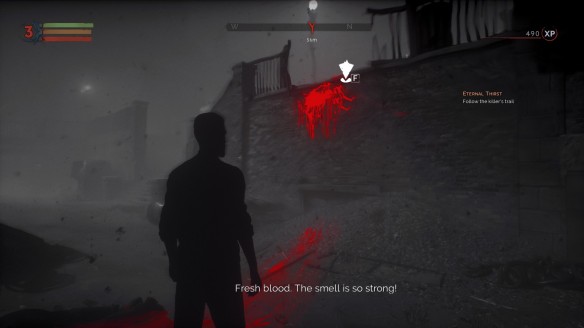 But there are no faceless Citizens. Every one of them is a deeply fleshed out character, and they all have their own relationships and social connections with other Citizens. If you kill someone’s family member, friend, or lover, the survivor will mourn… sometimes with consequences for you.

Thus the heart of the game is in the decision of when to take a life, and in the question of who deserves death. And rarely is it an easy decision. Even cases that seem cut and dried can become surprisingly complicated.

Early in my playthrough, I met a character who confessed to being a serial killer, without remorse. Feeding on him was a no-brainer… but what about his elderly mother? She knew about his crimes and kept the secret, allowing his predations to continue, but is that enough to warrant her death? Before you answer, consider also that she’s looking after a local homeless boy who would have no support without her…

The amount of XP you gain from embracing a Citizen is heavily influenced by how well you know them and their current health. The more you learn about them, the more they trust you, the more XP they’re worth. Their XP value is also lowered when they’re sick, so you can find yourself in a situation where you’re offering friendship and medicine to people only so that you can gain more power when you ultimately kill and betray them.

And as noted, killing has consequences. Embracing an important member of the community can have ripple effects, and if you kill too many, an entire district of the city can collapse, killing off all remaining NPCs, cutting off access to their missions, and causing the area to be overrun by powerful enemies. 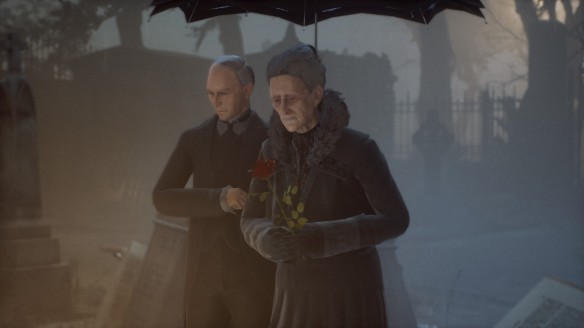 That never happened in my playthrough — I was able to keep all four districts intact — but it was a very near thing.

There are story consequences for killing, as well. Vampyr has multiple endings, and it’s surprisingly hard to avoid the bad endings. Be very careful about how eager you are to embrace people.

If I have one complaint about this system, it’s that the stories of all the various Citizens are largely frozen in amber, never progressing. I respect that they didn’t go the Bioware route of making the player an omnipotent being who can fix everyone’s problems, but it’s a little disappointing that the lives of NPCs never change or evolve unless you start killing their loved ones.

Even with that minor issue, though, I think the mechanics around Citizens and the need for blood are one of the most clever marriages of story-telling and game design I’ve ever seen, and it’s stuff like this that keeps me following Dontnod games, despite their flaws. Very few developers offer innovative game design like this.

The dead of night:

As implied above, Vampyr does have some issues, though most are minor.

For one thing, it’s a bit unpolished. There are a lot of bugs — though none are close to game-breaking — and more than a few typos in the game’s text. 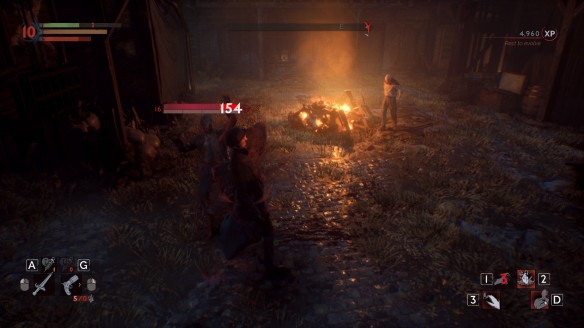 My one big problem with the game, though, is how much running around it involves. It’s a big game world, and there’s no fast travel, so the only way to get somewhere is by walking.

Which you will do a lot of. Every time you rest (which you need to do to spend XP), more citizens become sick, and if you don’t give them medicine regularly, it risks destabilizing the city. So you’ll spend a great deal of time making your rounds to deliver meds.

Now, I get what they were going for here. Jonathan’s duties as a doctor are central to the story’s themes, and walking around the city by night to deliver medicine helps sell the ambiance of the game. These are good mechanics to have, and adding fast travel would have broken immersion a bit too much in a game so devoted to it.

The tuning is off, though. Too many Citizens get sick too often, and it becomes too big a part of the game.

That aside, though, it’s a pretty consistently good experience.

At this point I feel like we know what to expect from Dontnod. They make games that are brilliant, deep, powerful, and occasionally flawed. 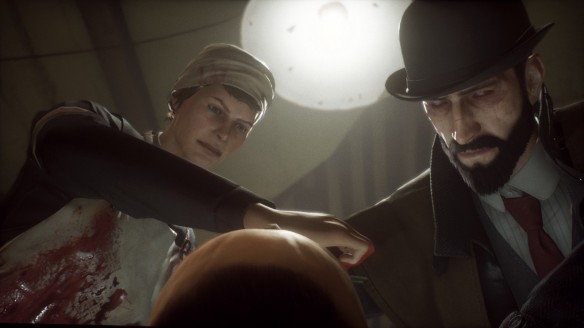 All of that is true of Vampyr, but I think this the best job Dontnod has yet done of accentuating their strengths while downplaying their weaknesses. I strongly recommend Vampyr to any fans of vampire fiction or intelligent, story-driven games.