We have at last gotten an official announcement for The Secret World’s second spin-off, and huge TSW fan that I am, I should be over the moon about it… but I’m not. 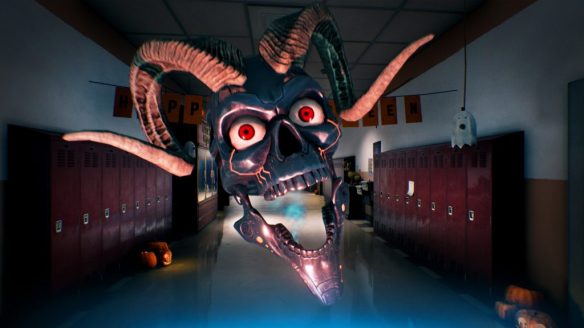 The new game is Hide and Shriek, a 1v1 PvP game where players attempt to literally scare each other to death with various traps and surprises.

I can’t help but see this all as a waste of potential. If you ask people what makes TSW special, I really don’t think a lot of people are going to answer, “PvP,” and those that do would cite the build system as the reason for that, and Hide and Shriek won’t have that.

The appeal of The Secret World is its story and ambiance, and it seems like Hide and Shriek won’t have either. It’s still horror in a sense, but it’s horror based entirely on cheap jump scares, and the whole reason I admire TSW’s take on horror is that it doesn’t lean on cheap scares.

When I heard they were doing another spin-off, I was overjoyed, because I thought we’d be getting something like The Park — something to expand the story of the universe. The Park was an amazing experience. But instead we’re getting something closer to a TSW version of Overwatch — a mindless competitive arena that has only a tangential relationship to its own backstory.

I don’t even see it being a good marketing tool for TSW because they’re such different games. Despite the obvious mechanical differences between a combat-focused MMORPG and a combat-free walking simulator, The Park still ended up feeling a lot like TSW. If you played The Park before trying TSW, you’d find a lot that’s familiar to you in the style of story-telling and overall feel.

I can’t see that being the case for Hide and Shriek. If someone played Hide and Shriek and then tried TSW, I think they’d just be confused by how different they are. An intentionally cheesy, jump scare based PvP arena versus a subtle, ambient PvE RPG.

I’ve generally been of the opinion I’d be willing to throw money at anything with the TSW name, but that theory is about to put to the ultimate test, I think.

The only possible silver lining here is if they do a tie-in mission like they did for The Park. Given Hide and Shriek apparently uses Innsmouth Academy as one of its settings, this could be an excuse for new Innsmouth content in TSW. And that is always a good thing.