This is kind of an odd episode. 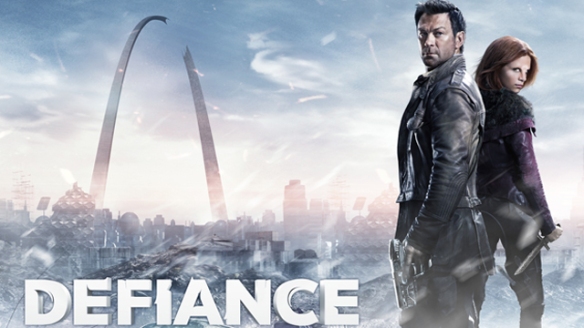 “If You Could See Her Through My Eyes” is a complicated episode with a lot going on. It begins with tragedy befalling the Tarr household as one of their most beloved servants is found brutally murdered. Suspicion falls on Datak, but for once, he actually is innocent, and he and Stahma put aside their differences to find the perpetrator and treat them to all the lavish brutality of Castithan justice.

Rynn returns to Defiance alongside what is apparently the world’s only Jewish Irathient, and Irisa is shocked to discover he bears an uncanny resemblance to the man from her visions.

And finally, Christie continues her experiments with cross-species cross-dressing, threatening her marriage with Alak.

The strange thing about this episode is that all these totally disparate plots interconnect and bounce off each other.

On the one hand, it gives the plot a certain elegance, as all the threads feed off the same plot points. It’s really quite clever.

On the other hand, it feels very odd that the intersection of these plots doesn’t really make any difference. That is, none of the plots affect each other, despite crossing paths several times. 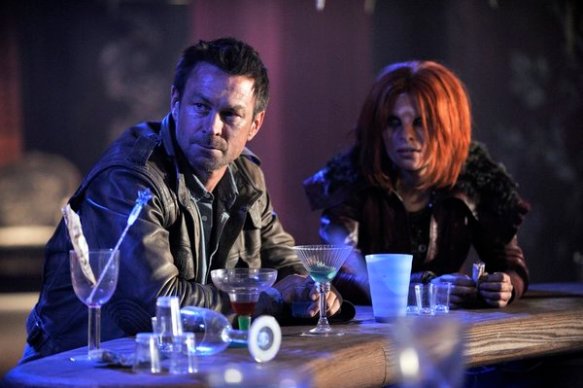 For the most part, the different stories are entertaining, at least. I was quite glad to see the mystery of Irisa’s destiny advancing again, though really we’re only left we’ve even more questions. I must confess that I am getting a little impatient to finally get some indication of what in Irzu’s name is actually going on.

Datak’s hunt for his servant’s killer was probably the highlight of the episode, perhaps not surprisingly. It was very bizarre to see him, Stahma, and Rafe all on the same side for what is probably the first and last time, but also quite entertaining.

I didn’t really care for Alak and Christie’s plot, though. Unfortunately, Alak’s sudden transition to someone interesting seems to have been rendered moot, and he’s now once again as dull as he was in the first season. And Christie has never been interesting.

I will say that I think Christie is probably better off without him. Alak is pretty decent by Castithan standards, but even so, I wouldn’t wish being a Castithan’s wife on anyone. Alak may not be anywhere near the monster his father is, but he’s still a product of his culture, however tempered by growing up on Earth he may be, and he’s mostly only ever been a jerk to Christie.

There were some smaller details of “If You Could See Her Through My Eyes” that I enjoyed. The Earth Republic chancellor has turned out to be a far more interesting and nuanced character than I expected. 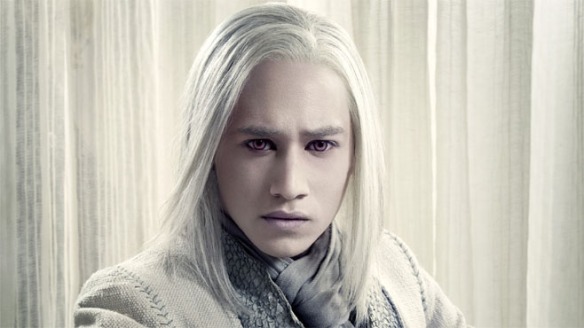 That happens a lot on this show. I should really stop assuming that any character is truly one-dimensional, or that I have anyone figured out based on first impressions. There are some shows where those would be safe bets, but Defiance is not one of them.

Also, while she didn’t play a major role in the story, we did see a fair bit of Doc Yewll, and that is always, always a good thing.

2 thoughts on “Review: Defiance, “If You Could See Her Through My Eyes””