The Incredible Adventures of Van Helsing was one of those diamond in the rough games that came out of nowhere to surprise me with its quality. It may not have been terribly original or offered a lot in the way of deep plot, but it was packed full of enough excitement, humour, and charm to more than justify its low price tag.

Its sequel — part two of a planned trilogy — has all the same strengths as the original, and improves on the formula in many ways. 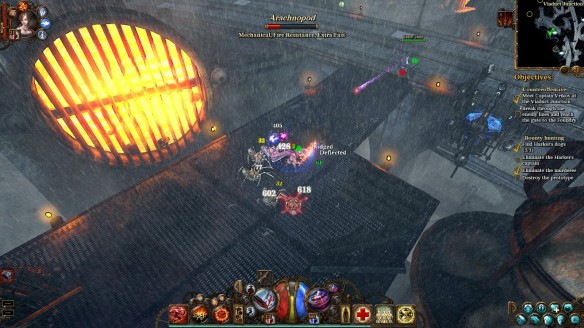 Similar to the Mass Effect games, Van Helsing 2 allows you to import your characters from the previous games. They’ll have all the same abilities, perks, and gear they did when you left off. However, you can also start from scratch at level one, choose from one of six (two for each class) premade level 30 characters, or a start a new level 30 character and customize it as you choose.

It’s also worth noting that you don’t need to pay for DLC to unlock the extra classes in this version, though it’s still necessary in the first game.

The core experience of Van Helsing hasn’t changed much from the original — and that’s a good thing, because the basic mechanics were solid. There are just a few minor tweaks: You can now have more skills slotted on your action bar, and you can now use power-ups on your action bar skills as well as your mouse skills. This creates a little more choice and depth.

The story also picks up immediately after the end of the first game. With Professor Fulmigati defeated, a rogue general has invaded Borgova to establish order at any cost. Count Vlados is captured, and Van Helsing finds himself with the burden of leading the Borgovian resistance against this new threat.

As before, the main plot is incredibly thin, but the game oozes humour and personality, so it’s not just game mechanics with no story or world to immerse yourself in. The greatest joys of the Van Helsing games are the endless Easter eggs, incessant puns and in-jokes, and the acerbic banter between Van Helsing and his ghostly companion, Lady Katarina.

Some moments in this game are laugh out loud funny. I particularly enjoyed an item called the “Masterfully Botched Armor,” which confers the bonus of “Extreme damage versus bunnies.” Or just check out these screenshots (click to enlarge): 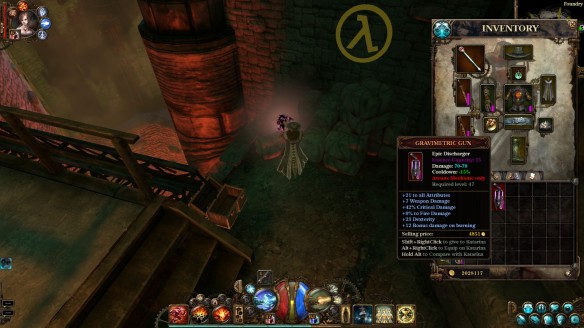 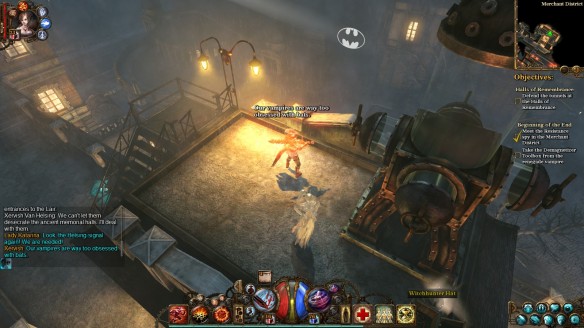 I don’t think a single game has contained so many secrets and Easter eggs since No One Lives Forever. I found dozens, and I missed almost as many, according to the score screens.

Basically, anything good I said about the first game is also true of the second.

A few of the flaws of the original have been addressed, too. The difficulty curve is smoother, and scenario mode has been enhanced and is now quite similar to Diablo III’s adventure mode — arguably even more interesting, because in addition to just turning up difficulty, you can also add new and strange mechanics to challenge yourself and gain better rewards.

It also felt to be about twice as long as vanilla Van Helsing, and the production values are higher. Expect a lot more and better cutscenes.

But this isn’t just a carbon copy of the original game with more content.

Whereas the first game was pretty much a straight-up Diablo clone (albeit a high quality one), Van Helsing 2 forges its own path with some pretty interesting new ideas. 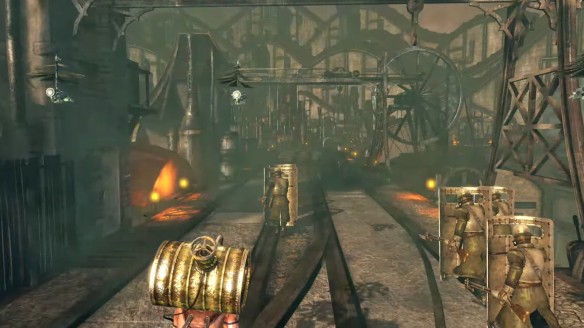 Van Helsing now being the leader of the Borgovian resistance isn’t just a plot element. It opens up many new elements of play.

There’s now a mini-game devoted to managing the resistance. You have several lieutenants under your command, and you can send them out on missions for loot and other bonuses. Each lieutenant has its own specialties, so you need to tailor your choice to the needs of the mission.

Similarly, you will also gain the aid of a beast known as the Chimera (or Fluffy, as Katarina likes to call him). The Chimera can be summoned to aid you in battle, or it can be sent to forage through the Ink for yet more loot.

Van Helsing’s new position of leadership affects the quest design, as well. There are times you’ll find yourself fighting large-scale battles through the streets of Borgova alongside dozens of resistance soldiers, calling in artillery strikes on enemy forces.

The first game was an adventure, but Van Helsing 2 is a war.

The tower defense mini-game has been greatly expanded and overhauled since the original game. No longer a handful of isolated quests, you will now find yourself asked to defend the Secret Lair many times throughout the game. 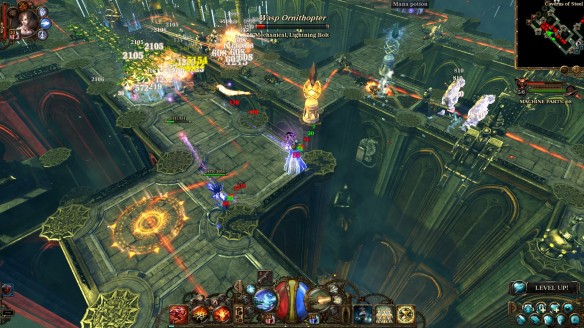 One minor complaint I do have is that each tower defense quest now takes place on its own map. While this does offer variety, it removes the sense of progression and ownership that came from defending the same patch of turf and improving its defenses over time.

Still, the other additions to the tower defense side of the game — including many deadly new traps — are entirely positive, and the quests are still oodles of fun.

Another new addition to the Lair is the trophy room, which allows you to display the trophies you collect while slaying monsters for various buffs. The really interesting thing about this is that each trophy confers a negative effect as well as a positive effect, so you need to think carefully about which ones you want to display.

Finally, they got a lot more creative with the boss fights this time around. The end boss, in particular, is one of the most absolutely insane brawls I’ve ever seen in an RPG.

The Van Helsing games are far, far better than anyone has any right to expect from bargain-priced games from a relatively unknown indie developer. The Incredible Adventures of Van Helsing II is a major improvement over the original, and the original was a good game. For $15, it’s a steal. 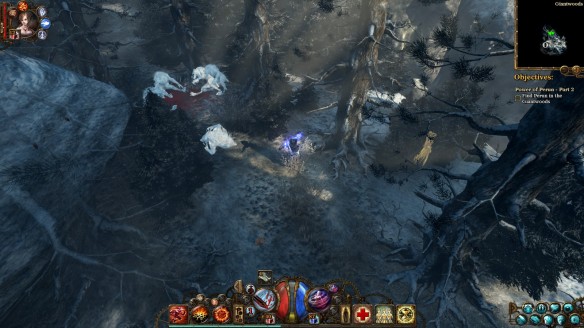