One of my biggest complaints about the current state of the gaming industry is that demos seem to have hone the way of the dodo. I remember a time when every gaming magazine would come with a CD packed with demos, and rare indeed was the game that didn’t offer a demo of some sort.

Nowadays, demos are almost unheard of, and it baffles me. I will rarely take a chance on a game unless I can play a demo first. I usually only make exceptions if I have a very good reason to know I’ll like a game, such as it being a continuation of a franchise I enjoyed in the past.

With something like a movie, you can generally get a good idea of whether or not you’ll like it by looking at trailers and seeing who the actors, writers, and director are. Video games are a lot more complex. An otherwise excellent game could be ruined by one intolerable gameplay error, and what’s intolerable could very wildly from one person to another. So it’s important to be able to play a game before you buy it.

I’ve encountered many games that sounded amazing until I played them. Similarly, I’ve sometimes tried a demo for a game I never had much interest in, only to discover it was far better than I could have imagined.

And that brings us to today’s topic.

The Helsing: An Unexpected Purchase 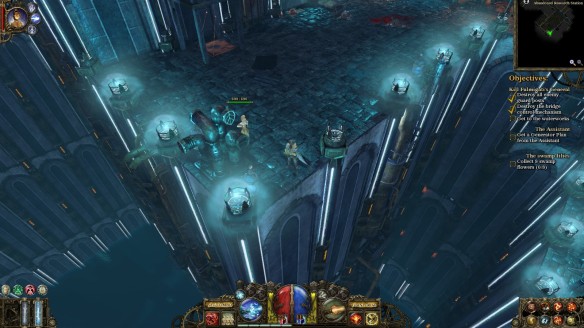 A few days back, I was perusing Steam’s autumn sale items, and noted The Incredible Adventures of Van Helsing for $6. It was only the low price that got me interested at all, as the name sounded very cheesy.

Reading its store page didn’t give me much more cause for confidence. The developer was an Eastern European indie company I’ve never even heard of, and it sounded like nothing but a cheap Diablo clone with a goofy premise.

However, it did have surprisingly good ratings on Metacritic, and more importantly, it had a demo, so I thought I might as well download the free sample and give it a try.

And to my amazement, it turned out to be of a much higher quality than its cheesy name and bargain price would lead one to believe, and before I knew it, I had purchased the full version and was gleefully wading through waves of werewolves and other beasties, swimming in loot and loving every moment of it.

Some of my early preconceptions proved accurate. The Incredible Adventures of Van Helsing is very much a Diablo clone, though a well-executed one, and it is quite cheesy, but it’s cheesy in an intentionally campy, tongue-in-cheek kind of way that proved quite charming. 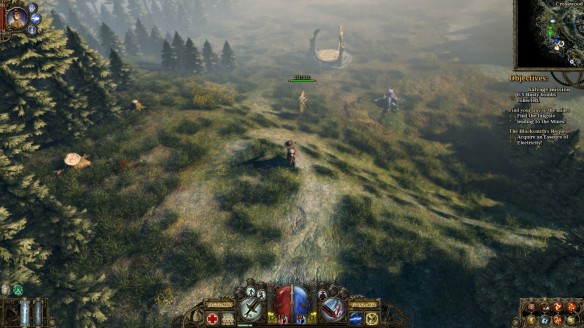 Rather than following the iconic vampire slayer, this game is about his son, who also became a monster hunter — one of the game’s running gags is people always confusing him for his father, no matter how many times he corrects them. He has been called to Borgova to once again save the locals from evil as his father did.

As it turns out, Van Helsing Senior might have done more harm than good. With all the ghouls of the night driven back, the people turned to the light of science and reason — only to have their country usurped by mad scientists. Borgova is now being torn apart by the war between fantastical beasts and steampunk abominations, and it’s up to Van Helsing to save the day.

The plot’s a bit thin, but it’s mostly just an excuse to run around slaughtering cyborg werewolves. It’s standard action RPG fare: click, kill, loot, repeat. But the combat’s fairly exciting, with fast-pacing, a decent level of challenge, and copious enemies for you to massacre.

Lady and the traps:

Van Helsing does have some noteworthy features to set it apart from the pack. One is a companion NPC who assists you throughout the game, the Lady Katarina.

Katarina is a snarky, adventurous Borgovian noblewoman who bears a debt to the Van Helsing line and thus assists them in their adventures. Oh, and she’s a ghost, too.

It’s not often you see this kind of male/female “comrade in arms” story in video games, and it’s a refreshing change of pace from the usual “the girl is just there for eye candy” style of things.

Katarina is also pretty handy from a gameplay perspective, as well. Her skills, stats, gear, and AI are all heavily customizable, and she can serve a number of purposes. You could build her as a melee tank, or a ranged glass cannon, or anything in-between. She can also help you gather and store loot — you can even decide what kinds of loot she’ll pick up or ignore — and you can send her back to town to sell loot and buy potions while you continue your slaughter.

The other main distinguishing feature is Van Helsing’s oh-so-subtly named Secret Lair. At several points throughout the game, the Lair will come under attack by the bad guys, and you’ll be tasked with defending it. But Van Helsing’s strength isn’t enough on its own, so you need to set up traps and automated defenses in the surrounding tunnels to help hold off the waves of foes, effectively blending an action RPG with a tower defense game. 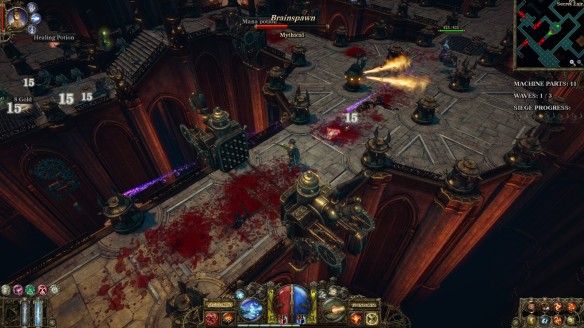 This is a pretty clever idea, and it’s executed well. The RPG combat blends seamlessly with the tower defense concept. My only complaint would be that this feature isn’t utilized enough, with only a handful of quests featuring the Lair coming under attack.

There are a few other ways Van Helsing manages to stand out. While the number of skills you can have equipped at a time is very limited, you can empower your two main attacks with various power-ups to give them additional effects. Some are as simple as increasing the attack’s damage, but others are more interesting — such as restoring health for each enemy hit.

I was also impressed by the depth of gear customization. There are extensive and easy to use systems for adding stats to gear via enchanting and slotting essences. There are also some items that actually level up as you use them, gaining new affixes based on factors like the number of enemies killed with it equipped. This is an idea so clever I can’t believe I’ve never seen it before.

I’ve played a lot of games focused on loot, but this is perhaps the only one where loot actually felt interesting to me.

There are a few flaws with this game, though they’re fairly minor. 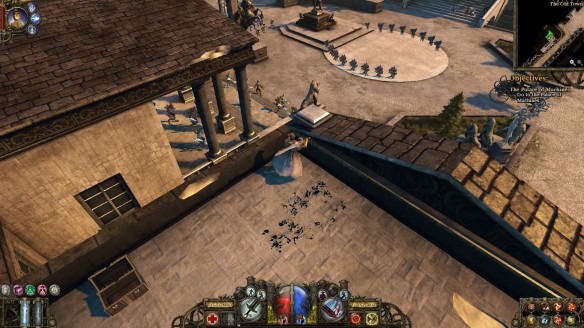 By far the most egregious is the fact that there are only three classes, and two require paid DLC to unlock. Normally, I’d consider this an unforgivable cash grab, but there are a few mitigating factors that make it tolerable, if still a little distasteful.

One is that Van Helsing is an incredibly inexpensive game, even if you don’t get it on sale. You could buy it and all of its DLC and still pay less than you would for most other recent games.

The other is that the base class, occult hunter, offers a lot of different ways to play. Magic, firearms, and swords are all options. Focus on one, or use them all. So even if you don’t pay for the extra classes, there are still options.

Another issue is that the difficulty is oddly tuned. Rather than a steady curve, it tends to peak and plateau. When you come to a new area, you’ll often find yourself getting curbstomped until you level up a few times, and then things balance out. Until you get to the next area.

Also, while both the environments and the soundtrack are quite lovely, they both lack variety, and after a while, everything starts to look and sound the same.

Van Helsing is a short game, too. It does have some endgame play options, such as scenarios with unique objectives and a “never ending story” mode, but I don’t see this is a game with a lot of longevity. Though for such a low price tag, it’s hard to complain.

The other thing that bugged me is that there’s very little visual customization. Even equipping a whole new set of gear has almost no noticeable effect on Van Helsing’s appearance, and Katarina’s look never changes at all.

As much as I love high concept games like Mass Effect, The Secret World, and Remember Me, sometimes it’s nice to have a game that’s not trying to be anything more than simple fun. And that’s exactly what The Incredible Adventures of Van Helsing is: fun. Nothing more, nothing less.

Overall rating: 7.5/10 Not the greatest RPG of all time, but an enjoyable adventure nonetheless, and it more than justifies its paltry $15 price tag.

And to think, I never would have played it without a demo. Developers of the world, take note.

3 thoughts on “Review: The Incredible Adventures of Van Helsing, and a Brief Rant”