I’ve been playing World of Warcraft for several years now. In that time, there are very few things I haven’t done in the game. I have never quested through Bloodmyst Isle. I have never created a Gnome character. I have never participated in a pet battle. And I had never acquired a legendary item.

It took me nearly a year, but I have at last completed Wrathion’s legendary quest chain and claimed Xing-Ho, Breath of Yu’lon.

I ground my way through Mogu’shan Vaults, Heart of Fear, and Terrace of Endless Spring to collect my sigils. I valor-capped for six weeks to prove my valor. I slaughtered thousands of Mantid, Mogu, and Alliance soldiers to prove my loyalty to the Black Prince. I defeated the Alliance on the battlegrounds of Pandaria. I forged a weapon from the essence of thunder, I uncovered the secrets of the Mogu, I defeated Wrathion in single combat, and I defeated all four August Celestials upon the Timeless Isle.

At long last, the journey has ended. I am legend.

As with all things in this expansion, my feelings on the legendary chain are mixed. 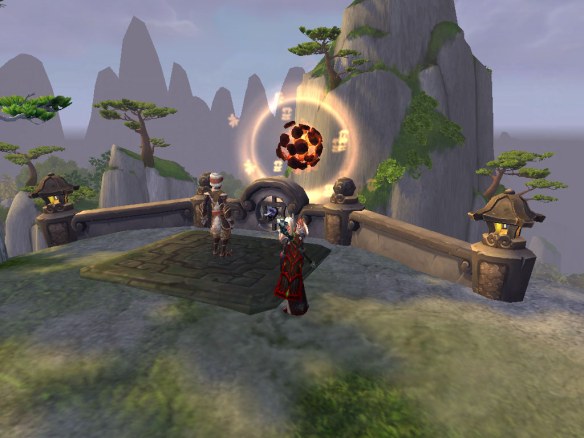 The truth is that the legendary chain was a recipe for burnout. Some parts of it weren’t too bad — like the solo challenges and collecting sigils — but other sections were soul-crushingly grindy. Getting up to six thousand valor points was brutal, and the whole “grind Throne of Thunder for twenty items with a low drop rate, then grind it again for twelve items with an even lower drop rate” thing was just too much. Don’t even get me started on finding a group that wants to fight all four Celestials, or the Alliance griefers that kept despawning the bosses so we couldn’t get anything done…

I would have simply given up on completing the chain, but I was invested in the story. And after a while, I had come too far to be willing to turn back.

The fact remains, though, that the legendary chain was a major contributor to my burnout this expansion.

I also have mixed feelings on the fact that absolutely everyone is being given a legendary this expansion. Normally, I’m all for accessibility, but if there’s one thing in WoW that deserves to be exclusive, it’s legendaries.

I am very glad they gave everyone a chance to experience the story, but the legendary items themselves are not something players like me deserve.

I stand by my original stance on legendaries: Decouple them from lore, make them purely a game mechanic, and make them OMGWTFBBQ hard to get. MoP’s solution is better than the Cataclysm model of making the vast majority of players miss out on major storylines, but it also devalues the concept of legendaries.

The main thing I enjoyed about the legendary chain, naturally, was the story. Wrathion has turned out to be an incredibly fascinating and layered character, and he’s only getting more interesting as time goes on. From moment to moment, he can go from being hilariously funny, to horrifyingly ruthless, to utterly heroic.

His voice acting is brilliant, and if I was to come up with a listing of favourite quotes from Mists of Pandaria, it would probably end up being 90% Wrathion. Some of his banter with Anduin is particularly priceless: 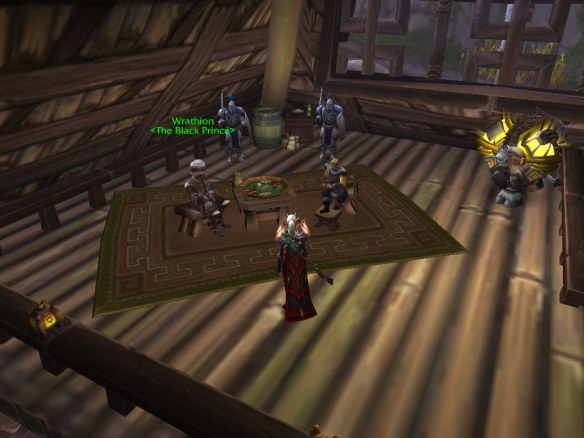 “Why are you lecturing me? Aren’t you only two years old?”

And as grindy as it was, the legendary quests did feel like quite an epic journey. I’ve literally been to the four corners of Pandaria and back again, gathering power for my cloak. Getting to the end and having Lorewalker Cho tell my epic tale was very gratifying, and the solo challenges were very fun, if not as hard as I was led to believe.

I must admit it feels like quite an achievement, even though I know it isn’t. Pretty much everyone is going to have one of these cloaks by expansion’s end, if they don’t already. But still, I can’t help but feel like I’m a bit of a badass.

I’m tempted to AFK in front of the door to the Shrine and show off my cloak like a true obnoxious raider.