Over the past year or so, I’ve played several games that give you pretty much free reign to create whatever character you want. The Secret World and Fable: The Lost Chapters both allow you to create pretty much any ability set (within reason), and Aion and Guild Wars 2 are both games that allow nearly limitless appearance customization.

And as I’ve played these games, certain patterns have begun to arise. There are certain themes that keep coming up over and over when I’m given the freedom to create whatever character I wish.

This has led me to wonder whether I, and other people, have an “ideal” RPG character that we will always gravitate towards creating if we have the chance. And if so, why are these traits our ideals?

There are two sides to this: appearance and abilities.

While I do play and enjoy characters with other looks, there is one look that keeps coming up over and over. If you’re a regular reader, you’re probably used to it by now: a tough-looking woman with an athletic, muscular build and black hair tied back in a ponytail. I’ve also occasionally dabbled with tough-looking women with tied back white hair.

Examples of these include my World of Warcraft rogue, my other WoW rogue, my Guild Wars 2 thief, my GW2 mesmer, and my Templar in The Secret World. If we add those with white hair, the list also includes my WoW warlock, my GW2 thief from the beta, and my ranger in Aion.

This all began with my rogue in Warcraft. I chose to make her tough-looking because, well, she’s a killer. I’m not sure why I always go for black hair, but the ponytail is because I wanted a style where her hair wouldn’t get in her eyes while she’s stabbing people.

Similar reasoning also applies to why I choose athletic builds in games where body customization is possible. My characters are fighters; they should look the part.

I also tend to make my characters tall when given the chance. The reasoning for this is simple to understand. Despite being of normal height for a white male, I’ve always felt oddly inadequate about my height and wished I was taller.

As for why I keep playing women… that’s more complicated. I’ve already talked about that in some detail, but I suspect I still don’t have all the answers.

I first started thinking about this when I spent a week playing Fable: The Lost Chapters about a year ago. This was by no means a particularly good game, but one thing I did appreciate was the utter freedom of character design. You can pretty much be whatever you want.

I went into this game with no plan. I just did whatever seemed like a good idea at the time and progressed as felt natural. This makes my Fable character possibly the truest expression of what my ideal playstyle would be.

The Secret World is also incredibly open in the kind of character you can create. What did a I end up using there? Fist weapons and blood magic. Again, melee and magic.

My Templar alt has settled on swords and pistols. In GW2, my warrior uses axes/longbow, my thief uses daggers/pistols, and my mesmer uses sword/staff. All characters that combine melee and ranged abilities.

Is it any coincidence that I stopped playing Aion right around the time my melee abilities stopped being competitive with my ranged skills?

So it’s clear that I prefer characters that are capable of fighting both with melee weapons and at range. Which makes sense, as I enjoy both. If I had to pick one, I would probably play ranged, but melee has a visceral thrill that ranged fighting just doesn’t quite equal. Plus, melee weapons are better aesthetically — they look more heroic.

As for which melee weapons, I prefer to dual wield weapons — usually swords — instead of using two-handed weapons. Plus, dual wielding tends to lead to faster attacks, which is what I prefer.

I also like characters that have at least some magical capacity. I’ll be honest; this is mostly just down to looks. Magic is pretty.

Reading it back, this seems kind of greedy of me. I want my character to be everything: ranged and melee, magical and physical.

But is that wrong? Why should our characters need to fit into rigid boxes? I won’t say that classes are a bad thing necessarily, but I feel they are often too confining.

One place where I have to give Guild Wars 2 credit is the way they let you interpret each archetype very broadly. A thief can be a subtle assassin, a sword-wielding brawler, a gunslinger, or artillery.

Classes do muddle the idea of an “ideal character” somewhat, as do game mechanics. I’ve always loved the idea of playing an archer, but most games tie bows to annoying crap like pets, minimum range, or an overabundance of ground target AoEs. So my view of what my ideal character would be may be somewhat skewed by the games I’ve played. 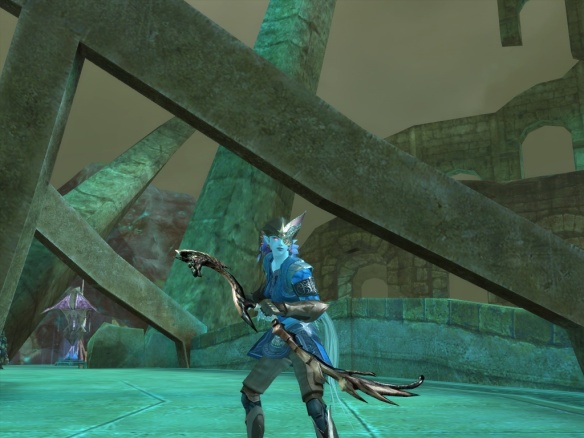 Also, it’s probably impossible to ever get every experience you want from one character. If you like playing tanks and glass cannon DPS, you obviously can’t be both at once.

So my ideal character would likely be a female character with an athletic build, tied-back dark hair, and abilities  that combine fast melee skills with ranged magic.

Hmm, no wonder I liked Dungeon Siege III so much. I basically just described Anjali.

At the same time, it also seems clear to me I could never only play one character, no matter how closely it matched my ideal. We all need a change of pace now and then. 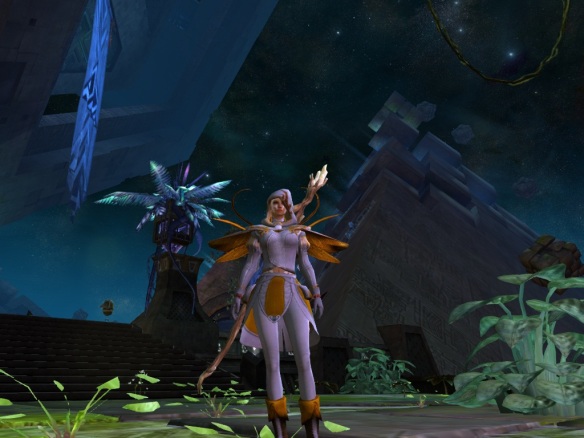 What about you? Do you have an “ideal” RPG character? What would it be, and what makes it your ideal?

8 thoughts on “Do You Have An Ideal RPG Character?”