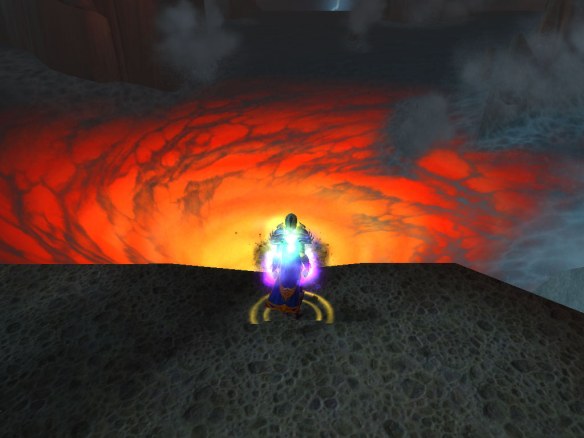 Although most of my gaming time is going to Diablo and remastered Starcraft I these days, I’m still finding the time to log onto WoW every now and then.

The other night, I had the good fortune to fall into a raid doing the last two fights of Dragon Soul on normal mode. We cruised through them with only one wipe, and I earned my “Destroyer’s End” title.

This marks the first time I’ve killed an expansion boss in its appropriate expansion outside of the Raid Finder. Granted, the raid’s been nerfed to hell, so it’s not much of an accomplishment. It didn’t end up feeling much harder than the Raid Finder version — although the last few minutes of Madness were pretty tense. Our tank did not make it. 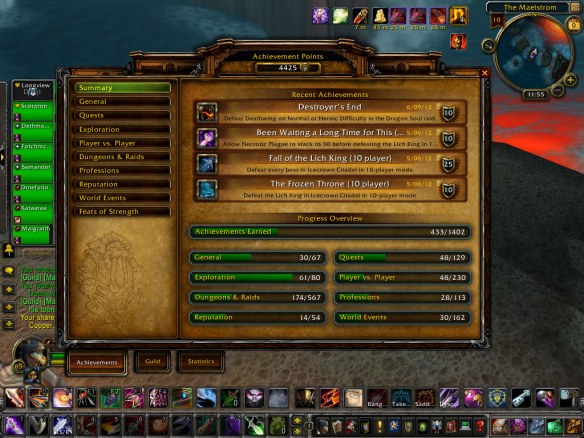 It’s funny, because Firelands was given the same level of nerfing, but I still found it very challenging. I’m sure real raiders will scoff, but I always thought Firelands was rather over-tuned. But I digress…

Guild drama. It’s the scourge of WoW players everywhere, but I’ve largely avoided it, at least on the Alliance side. And on the Horde side, I’ve solved it by rage-quitting every guild soon after I join it.

But now, it’s hit home, to my beloved Alliance guild. I won’t bother airing our dirty laundry, but to make a long story short, two people got into a stupid little spat, it got blown wildly out of proportion, and now pretty much everyone but me and one other guy has quit — and they made sure to rob the guild bank blind before they did.

Suffice it to say, I’m very disappointed in those on both sides of the argument. I really expected more of these people. 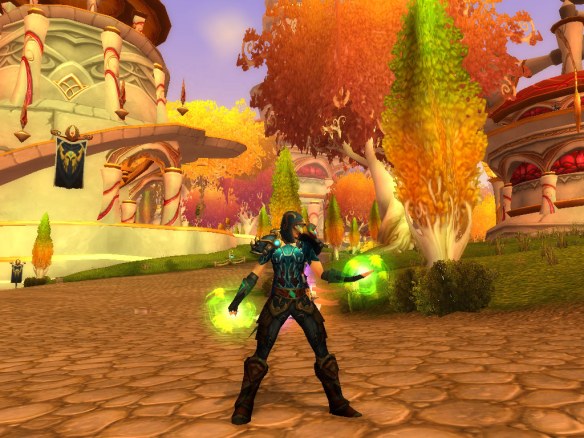 I’m insanely fussy about my guilds. I won’t tolerate any kind of stupidity, ignorance, or immaturity. It’s led me to go through countless Horde guilds, but I’d never had a problem with this guild. Well, maybe a few, but nothing worth mentioning.

This guild was my home for years. I’ve been a member since Wrath, not long after joining the game. My rogue was a mere level ten when I joined.

They raised me from a newb to the player I am today. We killed the Lich King together and spent countless hours helping each other through heroics and group quests. I worked hard to level it up to twenty-five when Cata came out, healing heroics even in the early days when healing was still brutal. Heck, I changed factions on my paladin just to heal for them.

It pains me no end to see it consumed by such foolish, petty behaviour.

I don’t know if the guild will survive this, but the future looks bleak. It was always a small guild, and now our roster is completely gutted. Those that left have reformed in a new guild, but the manner of their departure leaves a sour taste in my mouth, and I’m not sure I want to rejoin them

If not for guild perks, I’d probably give up on guilds altogether. Not worth it.

Heart of the Swarm update:

But enough whining. There are other things to discuss.

Blizzard has released some preview videos — including full length matches — showcasing the new multiplayer units for Starcraft II Heart of the Swarm.

Protoss and Terran have both gained a new, previously unannounced unit. Terran gains the widow mine, a sort of advanced spider mine capable of targeting both air and ground. Protoss gains the mothership core, a defensive spellcaster attached to your nexus that can later be upgraded to a proper mothership.

Yup, the mommaship won’t be scrapped after all. Protoss, rejoice!

Between that and its potential for early game defense, I’ve rapidly fallen in love with the idea of the mothership core.

The matches were interesting. The new units haven’t yet been neutered for the sake of balance, so they’re quite exciting. Zerg look particularly frightening with their hordes of swarm host-spawned locusts, lightning fast hydralisks, burrow-charging ultralisks, and their ability to abduct units with the viper.

That said, I like what I see of Protoss, too, for the most part. As mentioned above, I like the mothership core, and the oracle looks surprisingly devastating for a unit that can’t attack. The new mass cloak gives it much-needed sexiness, and its ability to entomb mineral fields is potentially devastating to an enemy economy.

I still hate the tempest, though, and not just because it replaces the carrier. It seems like a gimmick unit that will never be balanced.

Currently, its range can be upgraded up to 22 — nearly double that of a siege tank and vastly longer than anything else in the game. It actually needs to be paired with spotter units because it can’t even see that far.

Sounds over-powered, right? It does until you realize it does the same DPS as three probes.

That’s right. The fancy, super expensive, super slow Protoss capitol ship does the same DPS as the workers you build at the start of a match.

Really, Blizz? Remind me why we can’t keep the carrier?

Widow mines also seem like a balance nightmare. Suicide units are notoriously hard to balance, and the cloaked nature of widow mines — not to mention their ability to hit air and ground — makes them even more problematic.

On the plus side, warhounds are no longer carbon copies of Starcraft I goliaths. They’ve lost their anti-air attack in exchange for an auto-cast missile barrage that targets mechanical units. Excellent against Protoss or other Terrans who are using a mech-heavy army.

Overall, I’m feeling better about the new Heart of the Swarm units than I was, but there are still some kinks to be worked out.