I’m totally not writing this post just because I finally came up with a good beta pun.

All the way down:

Several notable changes have come upon the Mists of Pandaria beta in recent weeks, and one of the most important is the announcement of the Pandaren mount.

Early sources had stated that the cloud serpent (see: Asian dragon) was the “Pandaren mount of choice,” leading some, including myself, to report it as the Pandaren racial mount, but this has since proven untrue. Cloud serpents are in fact rewards for a reputation grind in the style of Netherwing.

But now, we have learned the identity of the true Pandaren racial mount: the dragon turtle.

I can’t speak for anyone else, but I think this is an awesome mount. I mean, if the image of a giant drunken panda warrior charging into battle atop a huge, badass snapping turtle doesn’t fill your heart with glee, what will?

It’s actually got good grounding in Warcraft lore, too. Dragon turtles have appeared in the Burning Crusade and Warcraft III as allies of the Naga, and in Warcraft II, the Goblins attached cockpits and rocket launchers to giant sea turtles and used them as submarines.

Giving the pandas a voice:

Recent builds have also added voice acting to the playable Pandaren males. They’re about what I expected, and although I haven’t heard all their emotes yet, I’m satisfied so far. I particularly like the /charge emotes. “Let’s brew some trouble!”

And then there’s this:

I have absolutely no clue what this emote is for, but it made me laugh pretty hard.

I haven’t been following the class changes too religiously, but I know rogues are a bit less broken than before but still pretty underwhelming, and a few other things have caught my interest.

One is the removal of judgments of the pure from holy paladins. I don’t mind the removal on its own, since JotP was never a terribly exciting mechanic and holy paladin mana regen is pretty over-powered.

I’m hoping it will be replaced by something better, though.One of the things that attracted me to the spec was active mana management, and I don’t want to lose that. I still miss judging on cooldown for mana. Plus, not wanting to judge as a paladin is all kinds of wrong.

Warlocks have gotten some further improvements. Demonology isn’t burning through demonic fury so fast, which is nice, and affliction’s mana costs have been reduced, rendering the spec playable again.

Destruction has also had some nice tweaks. With proper use of backdraft, chaos bolt is down to a two second cast, which is much better than the brutal four seconds it was at before. 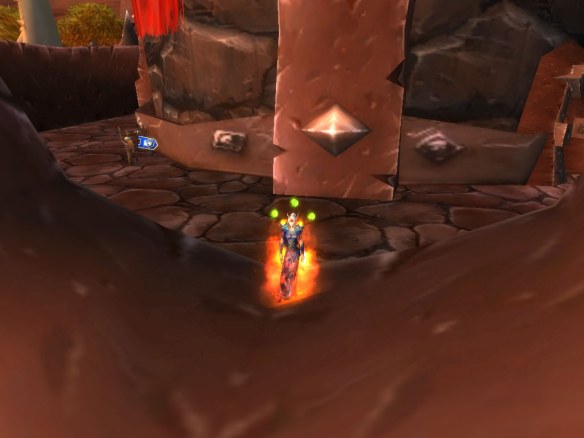 Also, the verdant spheres glyph now functions for destro as well as affliction. My dream of playing a blood mage shall at last come to pass!

Breath of the Black Prince:

It seems Wrathion, the Black Prince and star of the Fangs of the Father legendary chain, still has a role play to in the story. While the content with him has not been fully implemented, he seems to have a vested interest in the future of Pandaria. I haven’t read too closely to avoid spoilers, but it also seems he may be involved in another legendary quest chain.

Part of this chain includes a legendary item called the Breath of the Black Prince, which theoretically boosts the power of any item. Could this at last be a legendary for any class or spec? An item to turn any piece of gear legendary? Or is just a part of a chain to obtain a specific legendary?

My feelings on Wrathion’s involvement are somewhat mixed. He’s a great character, and I’m glad to see he’s sticking around, but I fear this may be another case of awesome lore being inaccessible to all but a few. Hopefully the new legendary chain will come with as many concessions to lore hounds as Fangs of the Father did.