After being intrigued by the demo, the developer of newly released RTS game Nordic Warriors was kind enough to give me a review code for the full version of the game. 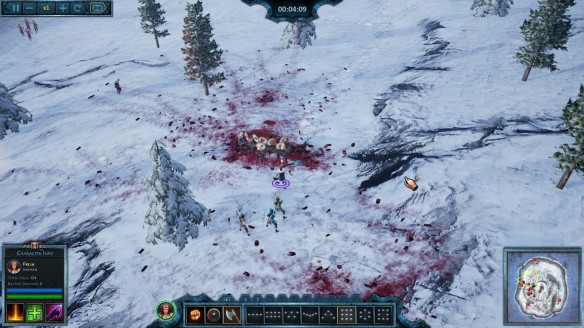 Nordic Warriors is obviously intended as a spiritual successor to Myth: The Fallen Lords and its sequel, a wildly unique series of real time strategy (or real time tactics, as they were sometimes dubbed) games from the 90s that I absolutely loved back in the day. There’s really been nothing like them before or since.

Until Nordic Warriors, that is.

This style of games lacks the economic gameplay you see in most RTS titles. Instead, you’re simply given a small number of units and an objective. With no reinforcements outside of certain rare scripted events, every unit is precious, and every death is felt.

This is further enhanced by the fact every unit is named, with a kill counter that persists across missions. Even without any actual character development or personalities, they can start to take on a life of their own.

In one mission, I sent one of my shieldmaidens, Iona, on what I believed to be a suicide mission to hunt down some enemy casters. She was already wounded, but after I successfully dodged the casters’ projectiles and slew them, Iona managed to evade hordes of enemy soldiers and make it back to my lines with about 1% health left. I had my shaman heal her up, and from that point on I did everything I could to keep Iona alive in all subsequent missions. She’d earned it.

Myth and Nordic Warriors also share a strong degree of realism, with projectiles following real physics. NW seems a bit less stringent about realism than its predecessors — I didn’t notice shrapnel doing any damage, and arrows seem less likely to be blown off course — which is a mixed bag. On the one hand it takes some of the character out of the experience, but on the other hand I did lose a lot less units to friendly fire, which I can’t complain too hard about.

The best and the worst thing about Nordic Warriors is that it so closely replicates the experience of Myth.

It’s good because it’s a good formula that deserves to be repeated. I keep saying it, but there just aren’t any other games that feel quite like this, and that’s a crying shame. There’s a unique tension and thrill to these hyper-realistic virtual battles against overwhelming odds.

The downside is that it is perhaps too slavish in adhering to Myth’s formula. It basically is just playing Myth with modernized graphics, and much as I love Myth, I would like to believe after twenty plus years the formula could be refined somewhat.

I know this was made by a very small development team with a very limited budget, so there’s only so much you can expect, but there are a lot of things that could be done to enhance this style of game. Maybe we could have the option to choose our units before each mission (within limitations) or customize our troops somehow, or perhaps the physics engine could be further enhanced to include terrain deformation or the like.

Nordic Warriors also brings back the rather punishing difficulty found in its predecessors. Even on the lowest difficulty setting, it can be a stressful game, requiring precise play and constant vigilance. I grant the sense of danger is part of what makes this formula work, but I would have liked to have seen a balance struck to make things less taxing. It’s fun, but it’s not relaxing.

The other big downside to Nordic Warriors is that a huge part of what made Myth special was its incredible story and world-building, and that’s something that NW just can’t replicate. It’s not their fault, but I can’t stop missing the originality of Myth’s setting. 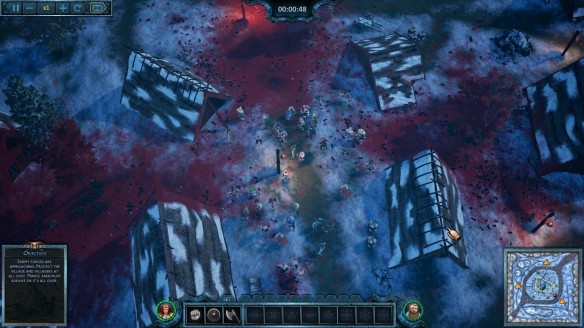 To be fair, considering the low budget and obvious lack of a dedicated writing staff, the story-telling in Nordic Warriors isn’t half bad. The plot’s nothing remarkable, but it captures the feel of Norse mythology pretty well — aside from depicting Helheim as fiery rather than icey, anyway.

I do appreciate that this game presents the ancient Norse as actual three-dimensional people rather than the cartoonish savages so much of our pop culture makes them out to be.

I also like that some effort has been made to show the relatively high level of gender equality in ancient Norse culture. There’s a decent selection of female units and characters, which was definitely a major blindspot for Myth back in the day.

All in all, Nordic Warriors is a solid game and an impressive effort by such a small dev team, but I wish more had been done to improve on the Myth formula. This is a genre that is capable of so much more, and I worry this won’t be enough to attract new fans.