I have spoken before about the series of novels and stories that I am currently calling The Soulcleaver Saga. I consider it my life’s work, having spent much of my time on this earth refining and reinventing it over and again. And this month, I’m marking the twentieth anniversary of this universe’s creation.

All of the pics in this post are Soulcleaver characters I’ve recreated in Black Desert Online or Aion.

I do not remember the exact date I first created this world, but I’m pretty sure it was mid-autumn of 1997, and I think it was October. I was seven years old at that time.

It didn’t start as anything special. When I was young, I spent much of my free time playing make believe games — role-playing, really, but without the dice and the stat sheets. I always managed the stories and world-building for such things, though they were always very simple.

Wanting a new game to play, I came up with a very simple premise: We’d play as the leaders of various fantasy races and have totally generic fantasy adventures. I fully expected to get bored with this game in a week or two at most.

But I didn’t. I enjoyed it, and so I kept playing it. I played at school with my friends, and I played at home with my parents. This went on for months, and then years. There were breaks here and there were I didn’t play the game, but I always came back to it.

And over time this very simple game became not so simple at all. Plots grew, evolved, reached their climaxes, and made way for new and different adventures. The world kept deepening, with more races, more villains, more lands, and more depth to the concepts and cultures. 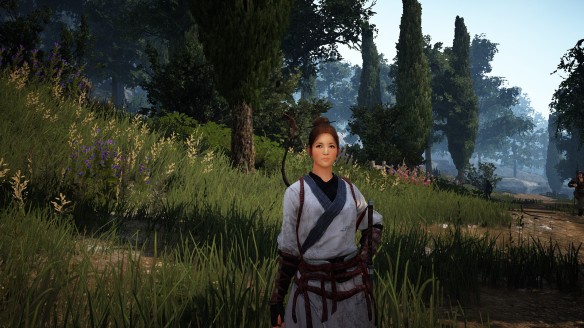 Somewhere along the line it stopped being a game, and I saw the potential in it for something more. I started fantasizing about writing novels set in the universe when I grew up, though I didn’t see it as a main career path at the time — I was at that point still hung up on my original dream of being an engineer or astrophysicist (neeeeerd).

Eventually, I outgrew the game, but the world never left my mind. By then it had reached truly epic scale. It was a fundamental part of my identity.

When I was sixteen, I decided that if I really wanted this story to be told, I would have to sit down and actually write it.

That’s how I became a writer.

Of course, I quickly learned that writing a novel is a lot harder than it sounds. I had to improve my grammar and learn the ropes of good story-telling. I bought books on writing and studied the craft, for years. I started writing fiction, but I didn’t want to screw up a story that was so important to me, so I focused instead on writing other things. First fan fiction, then original fiction.

This went on for many years as I continually laboured to improve my skills. This is how the World Spectrum series came to be. I don’t want to diminish it, because I have a lot of passion for that story, too, but ultimately it was just the practice round for Soulcleaver (as was another series of science fantasy novels I wrote that will probably never see the light of day).

All the while, the story that would become Soulcleaver was still lurking in the back of my mind. I had the time to break down the series and rebuild it from the ground up. What sounded cool when I was ten and what actually makes for a good novel people will want to read are quite different, after all.

There have thus been many different versions of this story. I have cut out an enormous amount of plots, characters, locations, and concepts from the original because they were quite frankly terrible. What remains is a sort of “greatest hits” collection that forms all the best ideas I’ve ever had in relation to this series, ranging from my childhood until the present day, into a cohesive narrative.

The end result is something that is very different from the game I played as a child. The concept of Soulcleaver itself didn’t even exist until about ten years ago, and now it’s so important I named the series after it.

That said, some things haven’t changed much at all. One of the main villains has not changed in any substantive way since I first created him back when I was around eleven. One of the protagonists has been around even longer and has changed almost as little. And the Elves still put kalni ferns on all their food.

And now, at last, I am actually writing the books. I hope this will be the final version of the story, or that only minor changes await it, but I can’t say anything with certainty right now.

I don’t even know what I’m going to do once the books are finished. Maybe I’ll try to get them published conventionally. Maybe I’ll self-publish again. Maybe I won’t do anything. I just know I need to get this story down.

What awaits me after that I don’t know. I don’t know who I am without this story. It’s a fundamental part of who I am and perhaps the only permanent fixture of my life. What will I be once it’s finished?

I know I tend to be very cryptic and cagey about the actual details of the story when discussing Soulcleaver, and if you read this blog a lot, it’s probably getting annoying. I’m sorry about that. But as the story still has the potential to change, I’m hesitant to make too many firm statements, and as intensely passionate about the world and story as I am, the very fact that it’s so important to me can make talking about it publicly difficult. It’s an oddly personal thing to share.

That said, I should probably at least give a hint at this point.

The Soulcleaver Saga takes place on an ocean-covered world called Arthai, an ancient Karani word that approximately translates to “All-Kingdom.” Most of the action takes place on a small northern continent called the Homelands, so named because it is home to all of Arthai’s terrestrial races.

At its heart, it is a story of the long conflict between two bitterly opposed factions.

The first is the Great Fellowship, an alliance of long-lived magical races who dwell mainly in the north. They are a very advanced and egalitarian — though not necessarily flawless — society where several different cultures live in harmony. They are partially inspired by Star Trek’s United Federation of Planets.

Their rivals are the Bonru, a race of ruthless alien raiders who occupy the south. Imagine a high fantasy version of Mad Max, and you have a pretty good idea of what the Bonru are like.

The war between the Fellowship and the Bonru has lasted generations, but now, at last, it reaches its climax, as a new and more cunning leader rises among the Bonru with the intention of snuffing out the Fellowship once and for all.

Yet there is more to this conflict than meets the eye. There are dark forces at work in Arthai seeking to shape events to their own malevolent ends.

As the days darken, the fate of all may lie in the hands of Seesha Avallen, a young Elven woman who must come to grips with the dark past she never knew she had. A past inextricably tied to the terrible blade known as Soulcleaver… 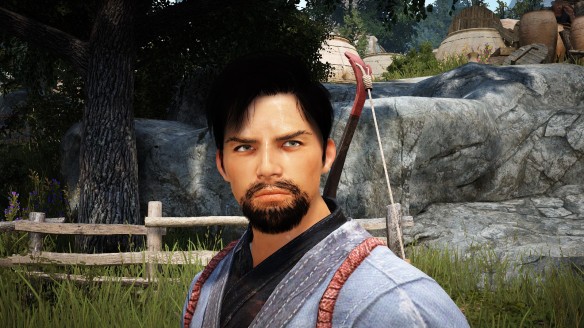 That’s just the barest snapshot of it. It is a story of endemic hatred, and how it can poison societies. It is also a story of the redemptive power of love, and the struggle to endure in the face of unimaginable loss.

The Soulcleaver Saga: Coming eventually to a bookstore near you, maybe.