Was hoping this would be a review of the Dark Matter season finale, but the app store is being uncooperative, so here’s a book review instead.

Following on the heels of The Summonstone, the second installment of Ian Irvine’s The Gates of Good and Evil series, itself the continuation of the massive Three Worlds Cycle, has at last been delivered into our grubby mitts.

This is a sometimes inconsistent book, which makes it a little hard to rate. 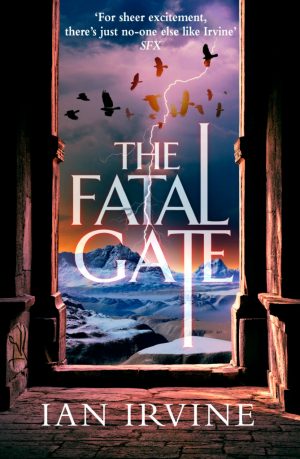 One thing I have found in my long career of reading fantasy novels is that every author whose series goes on for a very long time eventually falls into a formula that will feel increasingly tired. Stories become predictable, and every book starts to feel the same.

Being a writer of uncommon skill, Ian Irvine has done a better job than most of avoiding this pitfall, but I am starting to see elements of formula creep in. For example, much as I have long admired the intensity of his stories, I have found that more often than not I am now able to predict the outcome of any given situation by asking myself, “What’s the worst possible thing that could happen here?”

And it wouldn’t be an Ian Irvine book without a long, grinding escape through the wilderness in brutal conditions.

I find the cast a little hit and miss, too. As I’ve said before, I find Karan’s sensitive nature becomes rather exhausting after a while. Llian, on the other hand, has grown a lot as a character, and I actually quite liked him in this book. Peasant turned hero Wilm remains a gem, and the tormented double agent Ifoli grew on me a lot, but neither got enough attention.

And the story does take some odd turns at times. The whole “ghost vampire” thing sure came out of left field.

My biggest complaint, though, remains the villains, the Merdrun. They’re too inhuman to have any nuance, but still human enough to feel ordinary. They’re not as scary as the beasts of the Void, as grand and tragic as the Charon, or as viscerally vile as the God-Emperor. They’re just boring.

I have to say again that my expectation and hope had been that The Gates of Good and Evil would focus on the conflict between Karan’s family and Maigraith. Maigraith, to me, deserves the title of the greatest and ultimate villain of the Three Worlds saga, and hers is the story I want to read.

There is some attention in The Fatal Gate given to the threat she represents, and it’s by far the best part of the book, but it’s not enough.

That said, there’s also quite a lot about The Fatal Gate I do like.

While it’s still not quite as much of the story as I’d hoped, there is a lot more that bridges the gap between The View from the Mirror and later books in The Fatal Gate than The Summonstone, and some of them can be real “chills” moments. In a way it’s sort of heartbreaking to see the seeds of so much misery and destruction being sewn, but it’s a part of the story that needed to be told. 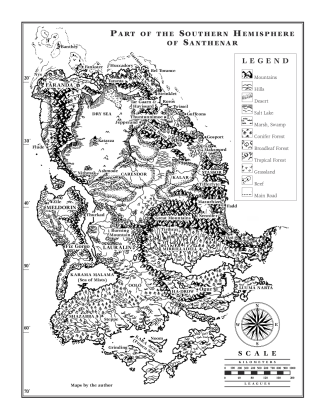 Formulaic elements notwithstanding, Irvine is still an absolute master at producing page-turners, too. You would think a 500+ page book might be a bit slow in places, but you’d be wrong.

The best part of The Fatal Gate, though, is its final few chapters, which unfortunately I can’t talk about in detail without all kinds of spoilers. Even there, there are a few things I’m not sold on, but the overall result was a fiercely exciting and often powerful ending that has me incredibly eager to read the next book.

As an aside, that there will be a next book cannot be doubted, but whether it will be a continuation of The Gates of Good and Evil or part of a new series is less clear. The back cover of The Fatal Gate declares it to be “the epic conclusion to The Gates of Good and Evil duology,” but the last page says that the series will continue, and the current direction of the story seems more suited to a continuation of the series rather than starting a new one.

It’s all a bit confusing.