One of the things that gives StarCraft II’s co-op missions such enduring appeal is the wildly different playstyles offered by the many commanders. I’ve often compared to the different civilizations and god choices in the “Age of ____” games, but you could also compare them to RPG classes. In some cases, the similarity is very obvious, while others you have to squint a bit more, but most can find an equivalent in the RPG world. 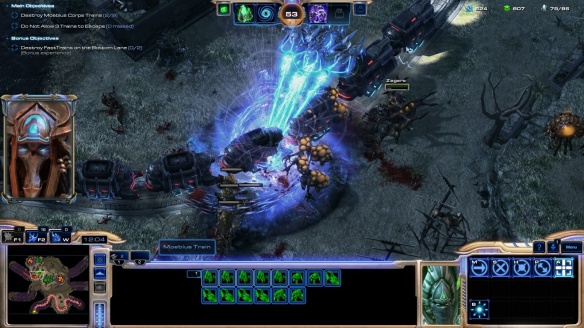 Vorazun is part of the inspiration for this post. I’ve been saying for months that she’s like the traditional rogue archetype ported to the RTS genre, focusing on cloaked units, burst damage, and crowd control. Generally playing Vorazun tends to entail a lot of stunlocking the enemy and then bursting them down before they have a chance to fight back. That’s a rogue if I ever saw one.

Artanis’ army is slow, with little mobility or fancy tricks, but they’re also incredibly tough and durable, making them the ideal frontline bruisers. He also boasts a number of helpful buffs that help add survivability to his ally’s forces.

Like Artanis, Abathur has a strong focus on very slow but very tanky units. In late game, his troops are virtually indestructible. But he also has a strong emphasis on feeding off the destruction of his enemies; his power comes from killing. That sounds like a death knight. 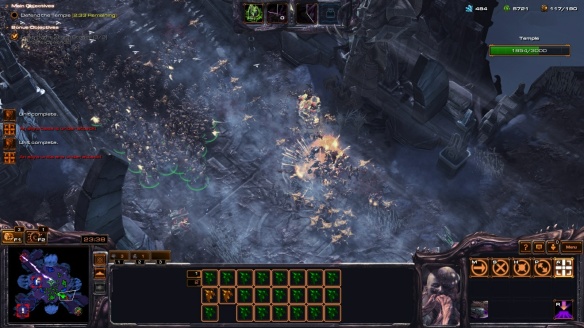 Not just because he has zombies, but because his playstyle is about overwhelming the enemy with endless floods of cheap and free units. He’s a summoner through and through.

More so than any other commander, Karax tends to focus on supporting his ally. He uses buffs, global abilities, and powerful defenses to turn the tide in his team’s favour, often taking little to no direct role in the battle himself. While that’s not exactly the same as being an RPG healer, the general principle of hanging back and supporting your allies remains intact.

Alarak’s playstyle can differ a little bit depending on whether you’re going for a Wrathwalker or Ascendant build, but either way you’re going to be using a lot of active abilities (Alarak’s and/or the Ascendants’) and pumping out huge damage numbers.

That seems like a spellcaster to me, and given Alarak has a habit of sacrificing his own units for power, warlock seems like the best fit. 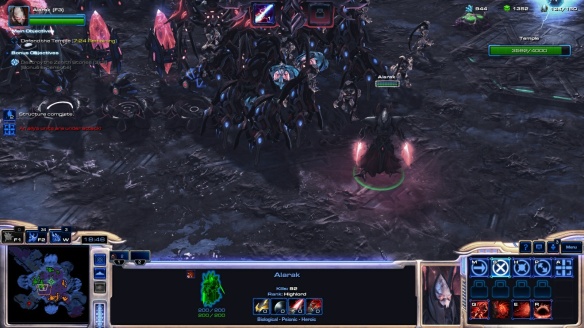 Raynor’s army tends to focus on mobility and high ranged DPS, which makes him a decent allegory for a ranger archetype. Furthermore, a common trait of ranger classes is that they are considered to be very newbie friendly but have a surprisingly high skill cap at higher levels of play, and that’s also true of Raynor.

A lot of playing Kerrigan boils down to controlling Kerrigan herself, a hero unit with a variety of powerful abilities. This puts me in mind of a mage, but she’s also pretty hard to kill and tends to like getting into the thick of things, so I suppose that would make her more of a battle mage.

Subtlety was never Swann’s strong suit. He likes to build an army of slow, tanky, powerful units and slog his way to victory with sheer brute force. This makes him a decent allegory for a warrior archetype.

This one’s a bit of a stretch, I grant, but she is probably the most versatile commander at the moment, able to adapt to any situation, and she can swap between two different stances with very different abilities, so that’s sort of like shape-shifting. 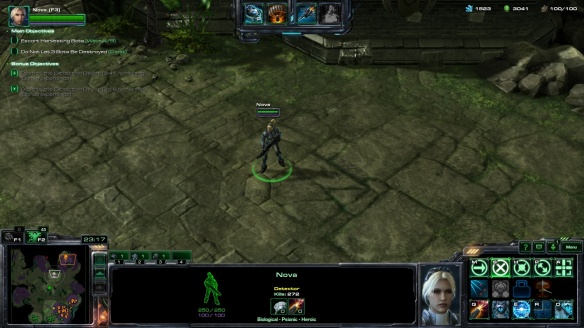 Okay, I’ll admit I can’t draw any clear RPG parallels with Zagara. What class does “hurl a bajillion suicide units at your enemy” translate to?

If you’ve got any suggestions, I’m all ears, but maybe this thought experiment simply has its limits.