I’m not the biggest comic book/superhero fan in the world, but I do think it’s a great setting for games. It’s the ultimate power fantasy — who wouldn’t want super powers?

Given that, it surprises me that superhero MMOs are such a small niche. There just aren’t that many options for the MMO fan looking to put on tights and fight crime. I’ve already tried DC Universe Online — which was fun, but I’m just not into DC — and Marvel Heroes — the less said about that experience, the better. That left only one significant option left to try: Champions Online.

This game doesn’t have the best reputation and is by all reports is on maintenance mode with little to no new updates for a very long time, but I thought it was a worth a try. What I found was a game with serious issues, but which is nonetheless a lot better than the negative buzz led me to believe.

The first thing I noticed about Champions Online is that the character creator is amazingly powerful. Like The Secret World, the gear you get your stats from and the clothes your character wears are two separate things, so in addition to having a healthy degree of control over your character’s physical appearance, you also have a baffling array of options for their costume.

Even with a great deal of options locked behind a paywall, the possibilities are nearly endless. Champions Online is the first game I’ve played that could truly rival Aion for the sheer breadth of options in character customization, and if you can’t create a hero that exactly matches your vision, that’s more likely due to a lack of creativity on your part than any flaw with the game.

If you’re as concerned with getting the perfect look for your character as I am, Champions Online’s character creation screen may destroy your life. Just fair warning.

There’s a lot of potential to recreate your favorite comic book characters. In my time with the game, I crossed paths with doppelgangers of both Captain America and Deadpool.

Once I got into the game, I found the mechanics fairly standard, with a few interesting quirks.

The questing is very much like in Neverwinter, also made by Cryptic. That is to say it’s pretty much your stock standard kill and collect tasks, but with good pacing and an abundance of soloable mini-dungeons to break the monotony a little.

The combat is a little strange. Mostly, it’s a standard tab target system, but there are also some elements of action combat thrown in. For example, there’s an active block mechanic that can be used to largely negate incoming damage, and certain enemies have very powerful attacks that must be blocked if you don’t want to take a brutal damage hit.

Something I enjoyed was that the telegraphs for these big attacks often come in the form of comic book “sound effects” — colorful bubbles above enemies’ heads saying things like “Pow!” Nice touch.

Oddly, the combat in Champions Online is actually quite difficult by MMO standards, and several quest bosses were real nail-biters. Normally I’d praise any effort to inject a little danger into MMO combat, but if there was ever a time for enemies to just fold under the slightest pressure, a superhero game is it. 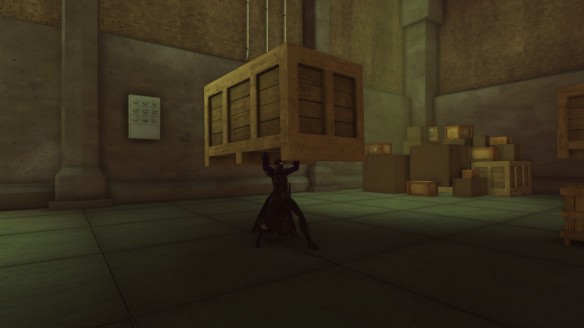 As in DC Universe Online, players can pick up many objects from around the game world and throw them at enemies, but the damage from doing so seems quite minor, and it struck me as more an element of flavor than a viable tactic.

Similarly, the travel powers are very fun — and quite diverse — but not quite as powerful or fun as those in DC Universe Online.

On the whole, the core gameplay of Champions Online is enjoyable, but doesn’t really sell the idea of you as a superhero, at least at low levels.

Looking beyond the solo game, the group content I tried was very quick and kind of basic, but also very accessible. There’s a streamlined group finder, and even as a DPS, my queue times were almost instant. On the other hand, finding a PvP match proved impossible. If the UI is to be believed, I was the only person in the entire game queued — at least in my level bracket.

One other thing that deserves mentioning is that despite Champions Online’s reputation as a dead game, the game world did seem fairly busy, and I encountered no shortage of other players. Maybe it wasn’t as crowded as some other games I’ve played, but it definitely wasn’t the ghost town I expected. 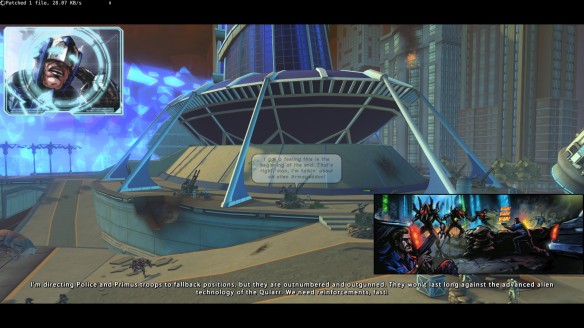 The look and feel of Champions Online is very cartoony in a way that I found quite charming. Similarly, the story and characters are an endless string of cliches, but there’s enough humor and self-awareness to make it charming rather than grating.

There are a lot of subtle details that I liked. For example, there is a mission where you contact various NPC superheroes over computer, and each one has a different style of texting — from the beefy brawler who talks in all caps to a sorceress who is clearly typing on her phone.

The game world is also richly detailed and a real pleasure to immerse yourself in. Millennium City feels very authentic as a sprawling metropolis — at least as comic books imagine the concept. There are a variety of neighbourhoods with distinct looks and personalities, and there in-character signs and advertisements everywhere — often providing a chuckle or two when you read them.

The streets are full of random NPCs, making the city feel populated by more than just superheroes. I assumed these were just set pieces, but when I clicked on one, a short scene played out where I wound up signing an autograph for her. I then went around clicking on random civilians all over and found them full of fun little bits of dialogue.

I really wish games would put more effort into little details like this. It adds such a richness to the experience.

The only downside is that mob density is quite high, making exploring the world something of a chore at times, and there doesn’t seem to be a lot of value in exploring beyond seeing the sights and a few very sporadic open world events.

This article has been fairly positive so far, but there is one glaring issue with Champions Online, and that is its free to play to model.

All of Cryptic’s games have invasive monetization. It’s the worst aspect of both Neverwinter and Star Trek Online. But Champions Online is even worse.

One of the things I most hate is when free to play games paywall class choices. Your choice of class is by far the most important choice you can make it an MMO, and being able to find the right class can make or break one’s experience.

Most games that limit class choice for free players only lock out one or two, but Champions Online has more than half its archetypes reserved for paying customers only. The ones that remain tend to be the ones that most closely resemble classes in fantasy MMOs, which rather hinders the appeal of a superhero game. I like dual-wielding swords, but I can do that in any MMO. In a superhero game, I’d like something a bit different.

Worse yet, freeform characters, which can choose any powers to create a unique build, are also limited to paying customers, and the cost to get one is very high. If you don’t want to risk losing your freeform status, you need to subscribe indefinitely, buy a $300 lifetime subscription, or purchase a $50 freeform slot — which still carries the risk of losing most of your powers if you unsubscribe.

A freeform archetype is a great idea, and combined with the awesome visual customization, it could allow anyone to make their perfect superhero down to the finest detail, but the cost of such is just unreasonable.

Hideouts, a form of player housing, are also limited to paying customers, with no free option whatsoever.

And there are other irritants. In-game voice chat plays advertisements for non-subscribers. A pop-up for the cash shop appears every single time you log in. Virtually every aspect of the game is monetized somehow. Non-vendorable lockboxes drop constantly. It gets very wearing very quickly.

I’d really like to be able to answer that question with a, “yes.” There’s a lot about Champions Online that’s very endearing. But the free to play model pretty much forces you to pay early and often, and you could get a better experience for less money from DC Universe Online. So unless you’re both desperate for a superhero MMO and vehemently opposed to DC, it’s probably not worth your time. 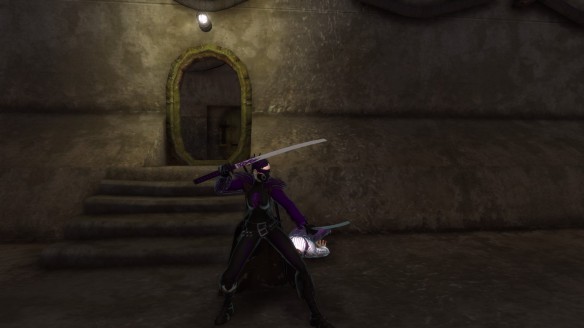 I’m strongly tempted to keep playing myself, but I just don’t think I can justify the expense that would be necessary to play the game the way I want to.