Between playing through Dragon Age: Inquisition and binge watching Once Upon a Time, the subject of romance in fiction has been on my mind a fair bit lately.

As I’ve said in the past, I’m not overly fond of fictitious romance. It can be done well — Greatshadow by James Maxey comes to mind — but often it’s nothing but bland, predictable, formulaic, and downright cheesy.

Recently, I think I’ve nailed down one of the main reasons romance in fiction is so rarely satisfying: We only ever see one part of the story. Specifically, the beginning.

In the vast majority of cases, a romantic arc consists entirely of the two lovers trying to come together, and once they’re actually a couple, the plot is essentially over, and often the book/movie/game/whatever will end shortly thereafter, the initiation of the relationship almost always coinciding with the conclusion of the greater story.

Does this seem weird to anyone else? We’re seeing such a small part of the concept of romance. In the real world, getting together with someone isn’t the end; it’s the beginning. Why does fiction have that backwards?

I mean, generally speaking, one’s goal in a romantic relationship isn’t to just hook up with someone and then forget about them. When you care about someone, you generally want to stick with them — often the desire is to spend the rest of your life with them.

I do understand the desire to focus on the beginning of a relationship — infatuation and the “honeymoon” phase — is the sexiest part of romance, both in the literal and metaphorical sense. But it’s still just one small part, and I think there are a lot of compelling reasons why storytellers should lose their tunnel vision on it.

The point of romantic fiction — or most any other kind of story, really — is for the reader/viewer/player to live vicariously through the characters. The fact that romance plots pretty much end with the beginning of a relationship seems to me to be robbing the consumer of much of the emotional payoff. One’s goal in love is to not to get together, but to be together.

In fiction, I want to see the characters be together, not simply get together. That’s the reward for all the struggles up until then, far more than simply professing true love and riding off into the sunset.

Focusing on the beginning and ignoring all else seems to me to rob romance stories of much their potential drama, as well. I’m pretty young, and I don’t understand much, but even I know that a relationship isn’t something that just stays magically perfect forever after. They take work. There will be conflict. There will be issues. There will be the need for compromise.

The work of building and maintaining a relationship over the long haul seems to me to be infinitely more interesting than simply having characters get together and then poof that’s it. That’s where the real work, the real challenge, lies, and there’s so much more potential for interesting stories and compelling insights into the true natures of the characters in that journey. 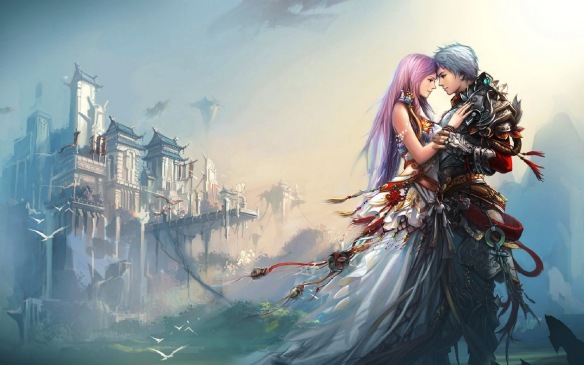 I can also see how a lot of my other issues with romance in fiction spring from this, at least partially.

For example, one troublesome thing about romance in fiction is how binary it is. Either they get together, or they don’t, and in the vast majority of cases, they do, so there’s very little drama, and it all feels terribly predictable.

And there’s just not that much variation in how many different ways couples can get together. They meet, they get to know each other, they worry the other might share their feelings, they profess their love, sexy times ensue. You can shake that up a little bit, but it’s not an easy task, and most writers don’t seem interested in trying.

It seems to me like there’s more potential for variety in what comes after the relationship begins. Maybe I’m wrong, but at the very least, it’d be a welcome change of pace from the spectacularly tired formula that dominates most fictional romance.

So is it just me? Am I the only one wishing we could see the entirety of fictional relationships instead of just one part, or is there a huge well of untapped potential here?

4 thoughts on “Writing: Why Do We Only Ever See One Part of Romance?”