I finally got around to signing up for Netflix, so you can probably expect an increase in movie and TV reviews on this here blog in the coming weeks. 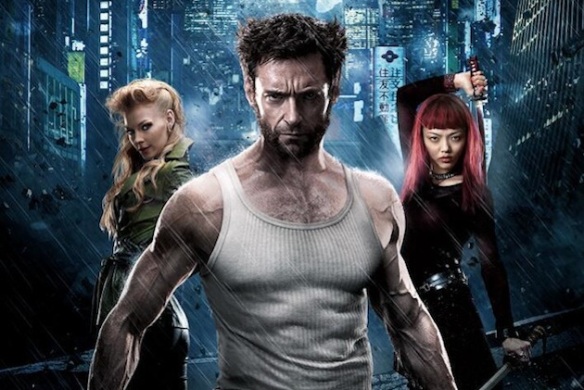 First, I’m going to be talking about The Wolverine. This is one of the movies I missed out on seeing in the theater due to my current geographical isolation, and boy, do I regret it.

This could be considered a sequel to X-Men Origins: Wolverine, but really it’s quite a standalone story. It hits a good balance between being connected to the plots of other X-Men films but not requiring knowledge of them to understand what’s going on.

As the story begins, Wolverine is wandering without focus or cause. His life has gone on for too long. He has suffered too much, and lost too many people close to him. In particular, his is constantly tormented by visions of Jean Grey, whom he killed.

It is in this state that a woman named Yukio finds him. She has been sent by her master, an aging Japanese magnate named Yashida, to bring Wolverine to Tokyo so that he may thank the mutant for saving his life during the Second World War.

It doesn’t take long for things to start spinning out of control. The Yakuza is making attempts on the life of Yashida’s granddaughter, Mariko; Yashida’s corrupt son, Shingen, has his own dastardly schemes; and throughout it all, Yashida’s doctor, a serpent-like female mutant, is also plotting something nefarious.

The plot borders on the overcomplicated at times, and you might get a little lost if you don’t pay close attention, but everything comes together by the end, and overall it’s a refreshing change of pace from the overly simplistic plots you tend to see in superhero films.

And this is the great thing about this movie: It’s smart. It’d be very easy to just make a mindless blockbuster about beating up bad guys — especially with a character like Wolverine — but there’s some depth here.

Wolverine’s character arc is once again a demonstration of why the X-Men are my favourite superheroes: They’re human first, and superhuman second. Wolverine is not some flawless archetypical hero; he has pain, he makes mistakes, and he has plenty of rough edges.

The supporting characters are strong, as well. I was especially fond of Yukio, who is portrayed as brave and spunky but also vulnerable and human. 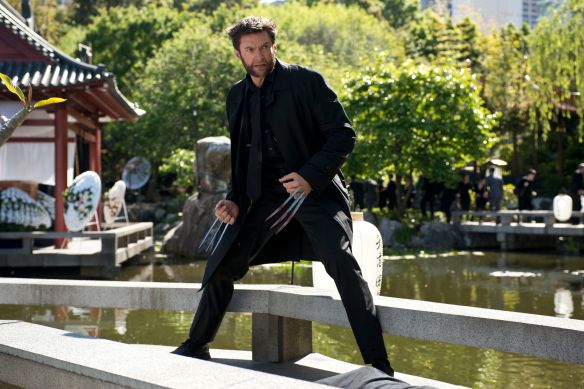 The more fantastical elements of the story are also handled well. By superhero movie standards, The Wolverine feels relatively grounded. The use of mutant powers and sci-fi technology is sparing — at least until the end, and they build to that, so it doesn’t feel jarring.

Maybe it’s not Shakespeare, but it’s a long way from being mindless action. It hits the right balance between entertainment and emotion, approachability and depth.

That’s not to say there isn’t still a lot of action. This is a Wolverine movie, after all. There’s plenty of slashing, stabbing, roaring, and bleeding. I was particularly fond of a very inventive and spectacular (if thoroughly implausible) fight sequence atop a bullet train.

In case it wasn’t clear by now, I thoroughly enjoyed this movie. That said, it did have some flaws.

The biggest flaw was probably Wolverine’s relationship with Mariko. It felt very forced and cliche, as these things often do, and Wolverine and Yukio are such an obviously better match.

Mariko was a pretty underwhelming character in general, actually. She doesn’t really do anything or display much personality, and she mainly exists as a prize for Wolverine to chase. 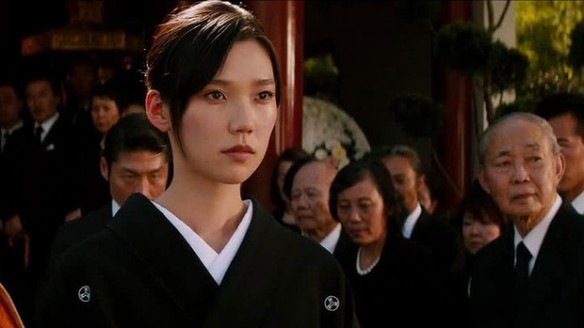 My other complaint would be that Yukio deserved way more screen time than she got. That girl was badass.

Still, these issues aside, The Wolverine was an excellent movie. I highly recommend it.

Overall rating: 8.8/10 I hear there will be a sequel, and this pleases me greatly. I just hope Yukio is involved.

As an aside, I think part of the reason I loved this movie is because it reminded me of my books in a lot of little ways. Yukio looks and acts like a Japanese version of Leha, Wolverine’s guilt and regret was greatly reminiscent of Leha’s struggles in Human Again, and the villain is pretty much Garribis.