This is a murderously difficult book to review. 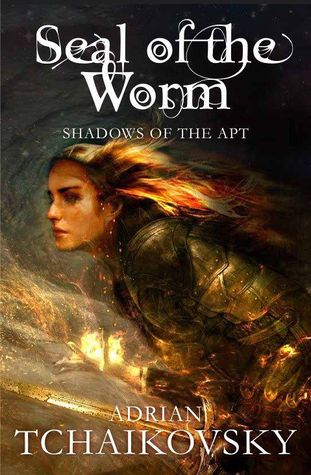 And so we come to it at last. The tenth and final book of Adrian Tchaikovsky’s massive Shadows of the Apt series. After so many books, so many years, it felt like this series would be around forever.

There’s so much emotional baggage that comes with the weight of history behind this series, and that alone would make this a difficult book to review, but it’s such a mixed bag, too. It gets so much so wonderfully right, and so much so terribly wrong.

There will be spoilers ahead. Lots of them.

Seal of the Worm begins with the world in an incredibly bleak state. Credit where it’s due: Tchaikovsky had me completely at a loss as to how things could possibly be set right, which is something I haven’t felt towards a book since I was… eleven, probably.

The Wasp Empire stands triumphant. Collegium has been conquered, and only a handful of the world’s powers still oppose the black and gold. Their fall seems almost inevitable as the Wasp war machine continues onward without pause.

But there is far worse to come. Empress Seda, in her recklessness, has shattered the Seal of the Worm, that greatest and most terrible accomplishment of the Inapt powers of yore. The most feared race in the world’s history, the Centipede-kinden, are loose.

Cheerwell Maker and her companions have been cast into the lightless, horrific world of the Worm, and there they will discover that the Worm has only grown more terrible in its centuries of isolation. 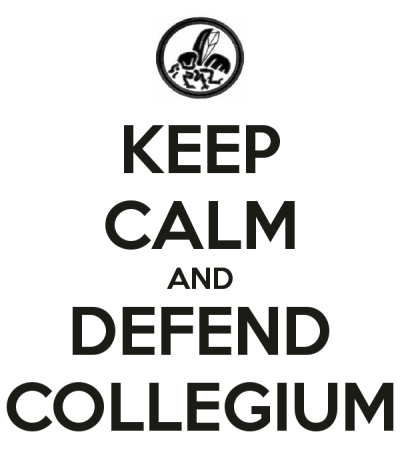 Even Seda, who was trained by Mosquito-kinden blood mages and managed to surpass them in both power and cruelty, quails in horror at the all-consuming hunger of the Worm. She has a plan to reforge the Seal and banish it from the world again, but it is almost as terrible as the evil which she hopes to vanquish.

For the most part, I’d say this is a brilliant book. It’s a thrill ride from beginning to end, it’s full of epic action and true terror the likes of which few fantasy novels, and likely even a fair few horror novels, have managed to evoke.

Once again, Tchaikovsky proves himself to be an utterly masterful world-builder. The realm of the Worm is as fascinating as it is horrifying, meticulous in its detail and unrelenting in its brutality. It is pure, undiluted nightmare fuel, and not since Mordor has a fantasy location inspired such utter dread.

Seal of the Worm also provides a welcome respite from the unending bleakness of the last several novels. While things start out hopeless, it doesn’t take long for the good guys to finally, after so long, start winning some victories, and it feels great.

In particular, Stenwold Maker’s return to Collegium is absolutely amazing.

Unfortunately, here Seal of the Worm also makes its first stumble. As great as it feels for Stenwold to retake Collegium, one does have to wonder why he didn’t simply bring the Sea-kinden to bear before now. If he had this ace up his sleeve all along, why did Collegium need to fall in the first place?

This is never explained, and one is ultimately left to conclude this is nothing but a transparent deus ex machina. It feels contrived, and it adds an unfortunate blotch to what is otherwise the highlight of the book and one of the highlights of the whole series. 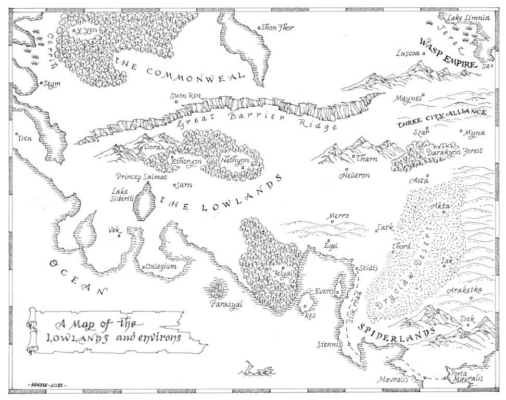 Still, even with that hiccup aside, the first ninety percent or so of the book is nothing but excellence, and this almost could have been Adrian Tchaikovsky’s masterpiece.

Endings are always the most important part of a story. They are the memory that the reader is left with, and they forever colour perceptions of the entire series. And as an ending, Seal of the Worm fails miserably.

The Worm is dealt with well. I have nothing bad to say about how that part of the story turned out. Beyond that, though, I have little to muster but disappointment.

Adrian Tchaikovsky has a terrible habit of killing all my favourite characters. First it was Tisamon, then Teornis. Countless other more minor but still endearing characters fell, replaced by less compelling new characters like the Antspider. The cast was slowly stripped of almost everyone that I cared about. Through it all, I maintained my interest in the series by repeating the mantra, “At least there’s still Tynisa. He better not kill Tynisa.”

It’s not even a good death. Not even a properly tragic, heroic Mantis death. She’s just randomly shot dead by Seda. She died for nothing — it serves no purpose to the story whatsoever. It’s not as if Seda needed to be made any more unlikable.

If anyone out of this entire odyssey deserved to live happily ever after, it was Tynisa. She who was so young and full of life, she who never had a chance to truly live. Haunted by the ghosts of her father and the legacy of her birth, she deserved better. 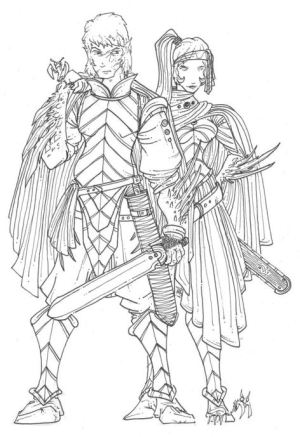 Stenwold, too, does not live to see the end of the war he spent his life fighting. And just like Tynisa, his death is utterly random and pointless: sniped by an anonymous Wasp snapbowman in the streets of Myna.

Killing off the main protagonist of a very long series is a pretty tough pill for your readers to swallow, and doing it in such a meaningless way sure doesn’t help.

Seda, of course, also meets her inevitable and violent end. I am not disappointed that she died, because she’s the villain and that’s expected. But once again, it was an incredibly weak death and nowhere near what a character of her stature deserved.

I loved Seda. She was one of the greatest fantasy villains I’ve ever had the pleasure to read about, and I’ve read literally hundreds of fantasy novels, so I don’t give praise like that out lightly. She deserved a truly epic end.

She didn’t get one. We don’t even get to see her die. Just the aftermath. It’s the definition of underwhelming.

So on the small scale, at the character level, Seal of the Worm fails to provide a satisfying resolution. But on the larger scale, the situation doesn’t get any better.

In the early days of this series, I felt the Wasps were fairly weak villains. They failed to inspire much in the way of hate or fear, as good villains should. But gradually that turned around. Between Seda and a huge list of brutal victories by the Wasps, I came to truly loathe them and hope for their eventual defeat.

So I imagine my disappointment that the Wasps basically got off scot-free. The Lowlanders show up at the gates of Capitas long enough to put a scare in them, they implement some reforms so they’re not quite so evil, and that’s it. 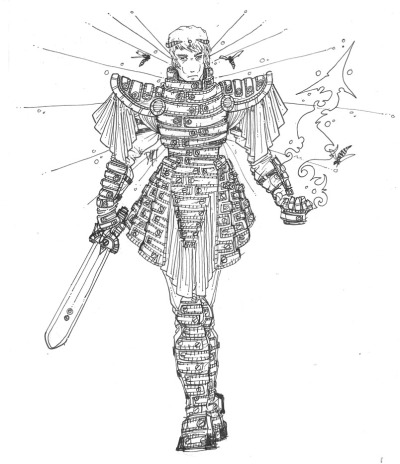 I know it’s not reasonable to expect to see Capitas burned to the ground and Wasps slaughtered by the thousands. Aside from being ethically questionable, it doesn’t make sense for the characters or the themes of this series.

But surely justice should be served at some level. There wasn’t even an attempt at that.

How about war crimes trials for the Wasp generals? How about any acknowledgement whatsoever of the tens of thousands of innocents they slaughtered, of the countless lives they ruined, of the cultures they crushed?

The one good thing I can say about the resolution of the Wasps’ arc is that it feels very appropriate that it was ultimately the ideals of Collegium that defeated them more than their weapons. But that still could have been done without letting their entire corrupt civilization off the hook for all their crimes.

Unfortunately, in light of this utterly disappointing ending, I am forced to reexamine my views of the entire Shadows of the Apt saga to date, and knowing there’s no payoff at the end does not improve those views.

The first four books were good, and I have nothing bad to say about them, but it is now clear the series trended downward after Salute the Dark. The Scarab Path was all right, if a bit odd, but The Sea Watch was in retrospect pretty much a complete waste of time. It was a strange and random tangent that added nothing to the story but a much delayed and largely illogical deus ex machina. 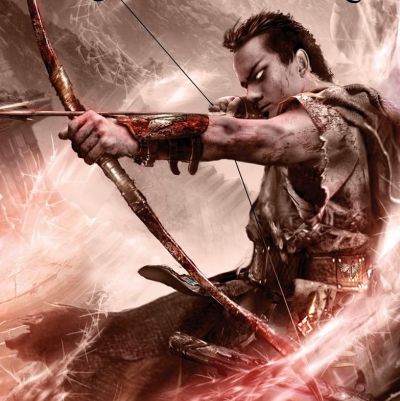 Heirs of the Blade bucked the trend and was probably the best installment of the series.

But The Air War, War Master’s Gate, and Seal of the Worm were nothing but a bleak, grinding slog to nowhere. They were brilliantly written in almost every way, but they failed to be an enjoyable source of entertainment, and that is the truest and most important goal of any novel.

I am really, truly saddened to be saying those words, because I do think Adrian Tchaikovsky is a fantastic writer in many ways, and there is so much good in Shadows of the Apt. But I can no longer ignore the truth: This series went off the rails and never got back on.

Overall rating for Seal of the Worm: 5/10 A brilliant piece of art, and a complete failure as entertainment. The two cancel each other out, and all that’s left is mediocrity and a profound sense of disappointment.