I seem to be doing an awful lot of reviews lately. I should probably work on getting some variety in my posts again some time soon.

But that day is not today.

Here we have another of those episodes where Continuum basically devolves into just another cop show.

In this episode, Kiera and Carlos investigate a series of bizarre murder/suicides. The one connection between the perpetrators is that they both worked for the same video game developer, so the weight of suspicion falls squarely on the company.

The developer is working on next generation virtual reality technology. Kiera and Betty, whose tech know-how and general geekiness have earned a her a role in the investigation, receive a demonstration of the tech, but something goes wrong, and Kiera collapses. When she awakes, her implants begin to malfunction.

All tech wizardry aside, “Play Time” is pretty much just a standard whodunnit. On the plus side, this one does reveal a connection to Liber8, but it’s still just not that interesting, and it does very little to advance the main plot.

About the only noteworthy thing to come out of this episode is that Liber8 now knows Alec is helping Kiera. That, and the hidden files in Kiera’s suit offer some intriguing possibilities. But both of these things are things that will prove interesting later — they don’t do much to add to “Play Time.”

Overall rating: 6.9/10 At least Betty geeking out was amusing. 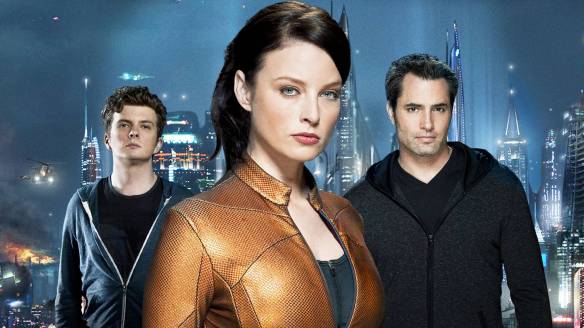 This is Continuum at its best. Tense and action-packed from start to finish, with not a moment wasted.

Wait, sorry, I’m getting ahead of myself.

“Family Time” has Kiera and Carlos investigating a large shipment of fertilizer to a rural farm. This is supposedly standard procedure whenever someone orders a bomb-worthy quantity of fertilizer.

What Kiera doesn’t realize until she arrives is that it is the same farm where Alec and his family live. Alec’s step-father, Roland, insists he didn’t order that much fertilizer, but when they reach the burn, they discover that not only is he wrong, but it’s already been turned into a bomb by Julian.

What follows is an hour of Kiera and Alec pulling some clever, Die Hard-esque badassery as they attempt to escape the clutches of Julian and his thuggish friends, who seek to make a stand for their ideals or die trying. 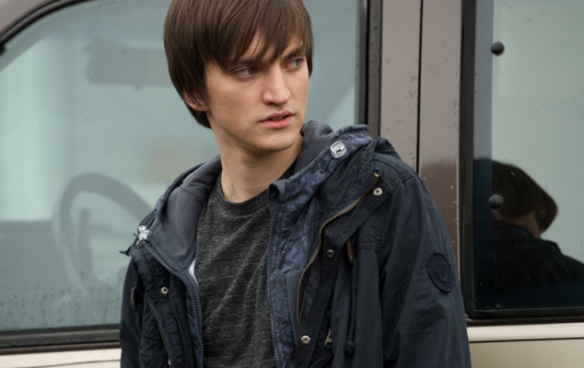 I have to say that Continuum is really good at making me hate villains. I have come to really, truly despise Julian. I would like to see him tied to a tree and beaten with cricket bats.

Although it was a fairly small part of the episode, I also found the vignette from the future very interesting, and I think I’m finally starting to develop some interest in Kiera as a character, not just as an action hero.

It’s fascinating to me that Kiera is what most would judge to be a good person — someone with a strong moral compass who loves those close to her and wants nothing more than to provide a good life to her family — but yet she’s done, and continues to do, some awful things. She’s propping up a corrupt regime which has robbed humanity of its liberty and dignity, and she straight up murdered Kellogg’s sister.

That was shocking to me. She killed a woman who was if not innocent then at least of no immediate threat, in cold blood.

This is something that’s chillingly true in real life: Often those we would classify as monsters are ordinary people who under most circumstances would be considered perfectly decent.

Does that make them good people who are simply misguided, or bad people whose darkness is well-hidden? Is Kiera the hero of this story, or just another villain? 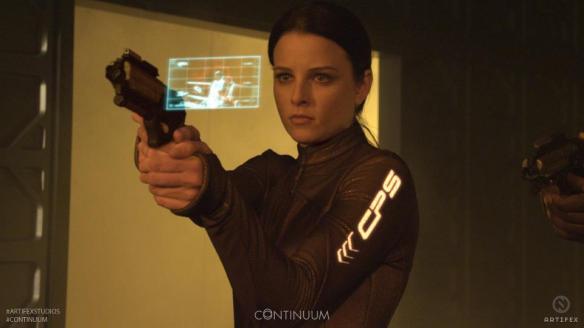 The finale for the first season of Continuum doesn’t feel much different from most of the episodes to date, which is as much a compliment to the rest of the series as it as a criticism of the finale.

“Endtimes” wastes absolutely no time and offers major reveals, high tension, and plenty of adventure virtually from the first shot onwards. But that’s been true of pretty much every episode to date. On the one hand, that’s made for a very fun ride up until now, but it leaves them with little room to ramp up the tension for the finale. Despite offering slightly more in the way of major revelations and higher stakes than ever, “Endtimes” pretty much feels like any other episode.

“Endtimes” sees Liber8, with the aid of a fugitive Julian, launching a massive terrorist attack on downtown Vancouver. On her way to investigate the threat, Kiera encounters a rather scruffy gentlemen (played by Ian Tracey, who did a brilliant turn as Dr. Jekyll/Adam Worth on Sanctuary) who recognizes her — from the future. He was pulled through time at the same point she was but went back even further, arriving in the 1990s. Unfortunately, his trials have left his sanity in a questionable state.

He does have some interesting revelations, though. He mentions there are other people who have traveled back in time, called “Freelancers” and led by someone called “Mr. Escher.” 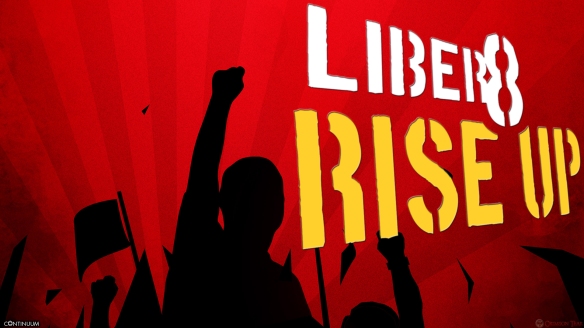 Meanwhile, Alec attempts to track down Julian and is captured by Liber8 in the process, but Kagame does not react to him at all as one would expect.

I’m afraid I once again can’t help but compare to Orphan Black — last time, I promise. Whereas its season finale offered no major revelations and no closure for any plot but one, Continuum offers a flood of changes and new revelations.

There are other time travelers! Alec is the one who sent Liber8 and Kiera back in time! Kagame died and took a good chunk of Vancouver with him! Julian founded Liber8! Travis and Sonya have turned on one another!

With that being said, while “Endtimes” is vastly better than Orphan Black’s finale, it still has its issues.

As I said, because Continuum is already so fast-paced and action-packed most of the time, “Endtimes” doesn’t feel terribly special compared to the average episode. It would have taken some truly insane, “Boomer shoots Adama”-esque twists to really stand out, but while the reveals we got were good, they weren’t that good.

The question I most wanted answered is why future Alec did all this, but that’s the answer we have to wait until next season for. Although thankfully that won’t be a long wait where I’m concerned. 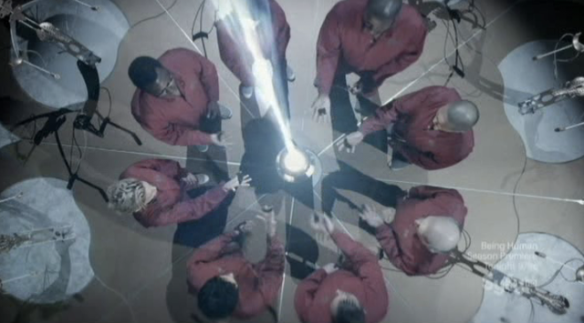 There were also some painfully implausible things about this episode. Apparently it takes less than 24 hours for Carlos to recover from a gunshot wound, massive blood-loss, and major surgery.

Furthermore, the aftermath of the explosion tried too hard to play on the emotion of the viewer, at the expense of logic. Those shots of the civilians caught in the blast tore me right out of the story — when the cops learned of the bomb threat, they would have evacuated the whole area. There wouldn’t have been kids around to be caught up in 9/11 North.

Still, on the whole, a worthy conclusion to a strong first season.