With the recent announcement of the release date for the Warcraft movie, the speculation is on as to its cast and script. We’ve already had a fair few casting rumours, but I thought I’d weigh in with who I think should play the iconic roles of the Warcraft universe.

Since we don’t know the plot of the movie, I’ll be listing characters from all eras of the Warcraft universe. Also, I don’t have ideal casting choices for every character, so if someone important got left out, it’s just because I don’t have any ideas for who should play them. Or I forgot.

Anyway, on with the show!

I was really blown away by Michael Fassbender’s performance in X-Men: First Class, and I’ve heard good things about him in other roles, as well. He has a great ability to be sinister and menacing while still having a sympathetic element, and I think that makes him an ideal choice for everyone’s favourite fallen prince. He could convincingly portray both Arthas the noble crusader and Arthas the sadistic monster.

I haven’t watched True Blood myself, but I doubt it would be so popular if Anna Paquin wasn’t a competent actress, and I certainly enjoyed her performance as Rogue in the X-Men films. I think she can portray the right mix of likability and strength to make a good choice for Jaina Proudmoore.

And she’s certainly got the right look. 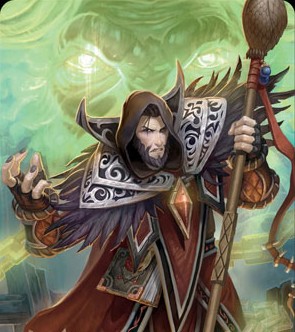 Say what you will about Johnny Depp, but the man is absolutely the perfect choice to play Medivh. I can’t think of anyone else who could so perfectly pull off the mix of intensity and eccentricity that defines the Magus.

Sylvanas is a really hard role to cast for. Aside from the fact that she’s such an iconic and beloved character that they absolutely must get right, she’s a very difficult role to play. Whoever plays her has to capture her as both the noble ranger-general and the ruthless Banshee Queen.

I have two potential picks for Sylvanas: Tricia Helfer of Battlestar Galactica fame or Jolene Blalock, whom I know from her role as T’Pol on Star Trek: Enterprise. Both have demonstrated great range and the ability to portray very intense emotion. I think they could handle both aspects of Sylvanas’ personality, and the brutal transition between them.

Ian McKellen may seem an odd choice to play a Tauren, but consider that the Tauren would likely be purely CGI, so all we need is voice actors for them. Ian McKellen has the dignity and the experience to do justice to the wise old chieftain Cairne Bloodhoof. Actually, his voice is even pretty similar to Cairne’s original voice-overs.

Saurfang is the most badass character in the Warcraft universe, and that’s saying a lot. There is only one man I can think of who could embody such an awesome persona.

No, not Chuck Norris. Much as I’m amused by the memes, Chuck Norris is actually pretty lame.

Edward James Olmos is the only man badass enough to give life to Varok Saurfang. If you know anything about Saurfang or Eddie Olmos, it should be plainly apparent why this is the perfect choice. I’m nerdgasming just thinking about it.

Ron Pearlman as anyone:

Ron Pearlman needs to be in this movie. I don’t even care who he plays; he’s just too cool not to include. He’s so good at playing badass, larger than life characters that he’s a perfect fit for the Warcraft universe. I have every confidence that he would rock any role they chose to put him in.

With that being said, if I had to pick a specific role for him, I’d go with Grom Hellscream.

I’m far from the only one to notice that the new version of Illidan we met in the Well of Eternity dungeon both looked and sounded suspiciously like Hugo Weaving.

Aside from that, Hugo Weaving is an excellent actor who could readily portray a character as complex and iconic as Illidan Stormrage. I’ve seen Weaving in a lot of movies, and he hasn’t disappointed me once. I’ve seen him excellently play heroes, anti-heroes, and villains alike, and since Illidan combines aspects of all of the above, you would need an actor as versatile as Weaving to play him.

There are very few positives to JJ Abrams’ take on Star Trek. But one of the handful is Bruce Greenwood as Captain Pike. He’s able to project a great feeling of fatherly dignity. 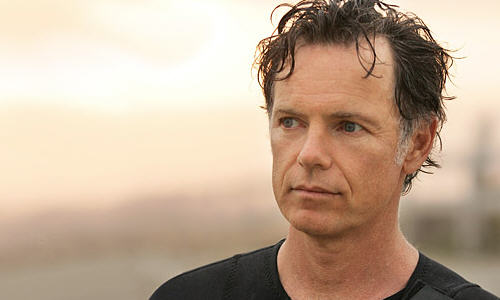 I think this makes him an excellent choice to embody the ideals of the Alliance as one of their iconic heroes. The reason I haven’t made a specific choice is that there are a lot of different heroes he’d be suited for. He could be Anduin Lothar, the great Lion of Stormwind, but he would be an equally good choice to play the iconic paladin, Uther the Lightbringer. In a pinch, I could even see him as King Terenas Menethil or perhaps Danath Trollbane.

Those are my ideal picks for the Warcraft movie. What are yours?