This isn’t necessarily an earth-shattering revelation, but I had a bit of a realization when it comes to writing recently. 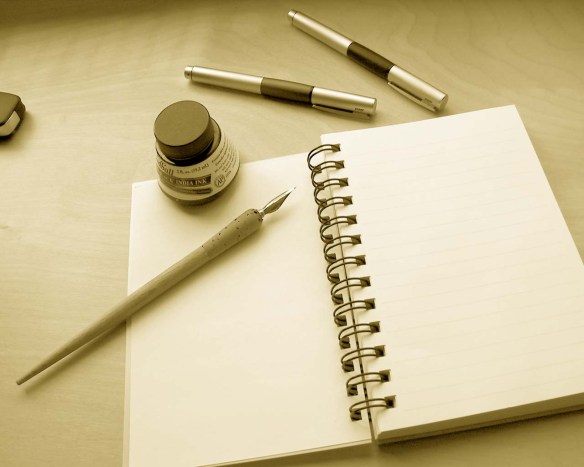 For most of my writing career, I’ve thought of the terms “likable character” and “sympathetic character” interchangeably. Both just terms for a character you like and can empathize with — most well-written protagonists, in other words.

But recently, it occurred to me that the two concepts are not identical. You probably won’t like a character if they’re not sympathetic, but you can sympathize with a character even if you don’t like them.

Although it is by no means the only example I can draw — or even the best example — what got me thinking about this was playing Mass Effect 3. I was reflecting on how interesting I find Miranda Lawson’s character to be — once you get past the shameless eye candy — and I wondered why she fascinates me.

But yet, despite myself, I feel some sympathy for her. She doesn’t have a very happy life. Nobody likes her because she’s a cold-hearted, arrogant bitch. She doesn’t have any family aside from her psychotic control freak of a father and the sister she never gets to see.

Seems like the only thing that ever gave her any purpose in life was Cerberus, and we all know how that worked out. She doesn’t take any pleasure in her achievements because she views them all as the product of her genetic enhancements rather than any real talent or work on her part.

It’s a pretty sad, lonely existence she has.

So I feel bad for her, even though I dislike her personally, and that dichotomy fascinates me.

I think this is one of the most difficult tightropes to walk as a writer, and it’s impressive any time someone call pull it off.

It occurs to me that my own writing is heavily lacking in characters that are unlikable but still sympathetic. I should probably experiment with it in the future. I guess I just get too caught up in trying to make my heroes as over the top awesome, and my villains as over the top vile, as possible.

Speaking of which, I realize there is one very prominent example of unlikable yet sympathetic characters.

It’s relatively common to see villains that still have some sympathetic qualities. Maybe they’re stealing and murdering to get money to help an ill loved one. Maybe something truly terrible was done to them, and now they seek vengeance indiscriminately.

The latter is something I’ve dabbled in a bit with my writing. A key villain for one of my main universes became a bloodthirsty killer after his entire family was massacred. Doesn’t exactly excuse the whole “I’m gonna commit mass genocide and conquer the world” thing, but you can kind of see where he’s coming from.

On the whole, though, I don’t find sympathetic villains as interesting as characters who are protagonists — or at least neutral — that manage to be both unlikable and sympathetic.

It’s not that it’s any less impressive of an accomplishment, necessarily, but it’s too simple a swerve. Making a villain sympathetic is a very obvious way to reverse a reader/viewer/player’s expectations. It’s effective, but it’s not a wild stroke of originality — at least not anymore.

Perhaps it’s just my personal experience, but I find the unlikable but sympathetic characters who are not overtly villainous to be far less common, so they’re more of a novelty.

Don’t really have any point to make here. Just something interesting I was pondering.

Also, totally random, but while working on this post, I did a Google image search for “sympathetic character” and the first results I recognized were Dexter Morgan, Cameron from the Sarah Connor Chronicles, Willy Wonka (Johnny Depp version), Harry Potter, and Sheldon Cooper.

Not sure what meaning can be drawn from this, if any.