I don’t think it’s an exaggeration to say I’m one of the biggest fantasy fans you’re ever going to encounter. I eat, sleep, and breath fantasy. I watch the movies, play the games, and read the books. I also write the books. 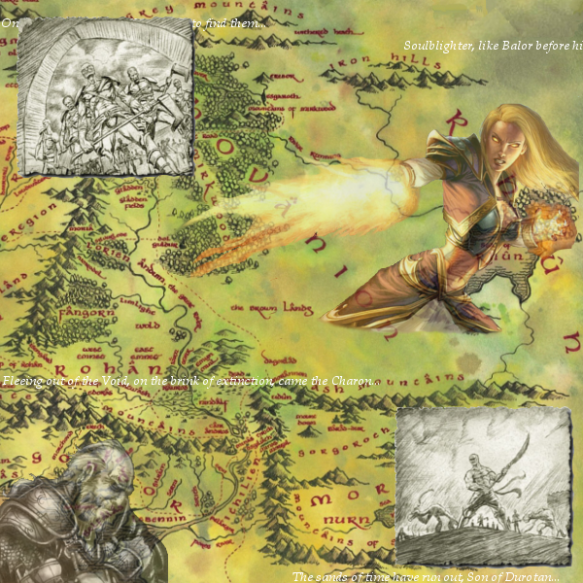 But that doesn’t mean I think the genre is perfect. While I love almost everything about high fantasy, there are still a few common cliches, tropes, and plot elements I really wish would just go away.

There’s a perception in fantasy that using certain dark types of magic — like necromancy, for example — will instantly and permanently stain your soul, automatically turning you into a bad person.

There seems a certain logic to this, but a lot of stories take it to illogical extremes. If you’re raising the dead to shake down people for cash, well, yeah, that’s bad.

(Hmm, has anyone done a necromantic gangster novel yet?)

But this cliche states that even if you were raising the dead to stop a rampaging band of brigands who are coming to slaughter the women and rape the cattle, that still makes you evil.

Now, I’m not talking about a slippery slope argument. A slippery slope is something I’d happily accept. This cliche paints it as a cliff: if you use any dark magic at any time for any reason, you automatically become a villain.

I’m sorry, but that makes no sense.

Magic is power, and people have free will. They can use that power for good or for ill. The idea that using even one spell from the bad side of the magical spectrum, even with the best of intentions, will somehow rob you of any moral compass doesn’t make sense logically, and it doesn’t do anything to make a story more interesting. It takes choice away from the characters and makes both them and the plot bland.

I think the Warcraft universe has perhaps the most interesting take on magic in the fantasy genre. In Warcraft, all magic is dark. It is always corrupting and addictive, and it attracts Demons like a candle attracts moths.

Many cultures in Warcraft believe using certain kinds of magic — or any magic at all — will invariably corrupt you and lead you down the path to darkness, but it’s just that: a belief.

Despite the fact that Warcraft’s magic is an innately corrupting force, we still have many protagonists who use magic, even the darkest magic, for good ends — from Jaina Proudmoore to Illidan Stormrage.

Because they have free will, and they can resist the dark temptations of magic.

Bowing to the inevitable:

Fate is an extremely common concept in fantasy. As a plot element, I’m fairly indifferent to it. It’s over-used and rarely adds much to the story, but it can be quite interesting when some creativity is applied.

What bothers me is when fate in a story is not only unalterable, but something characters fatalistically surrender to. They simply gave up in the face of whatever horror is coming their way.

The essence of drama is conflict. So where, pray tell, is the drama in a story where the “heroes” simply lie down and wait for the end?

Particular offenders for this would be “The Ancient Blades” and Frank Herbert’s “Dune” series. I remember coming to despise Paul Atreides because he just stood there and accepted it as terrible things happened to himself and those he loved. 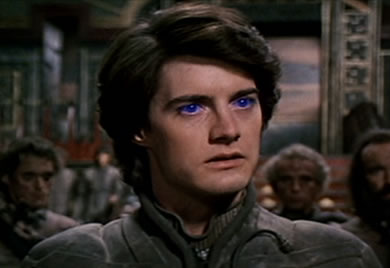 That’s not a hero. That’s a coward.

Now, maybe it’s realistic that people would just give up in the face of a fate that cannot be changed. But as we’ve discussed, true realism isn’t always the best choice in fiction.

Unrealistic or not, I want to see characters fight against fate. Even if they fail, I want the struggle.

To wield power, you must give up your humanity:

There’s a perception in a lot of fantasy and science fiction that to wield power effectively, without being corrupt, you need to divorce yourself from your humanity. You cannot allow yourself to love, to be ruled by compassion, or to feel anger — even righteous anger.

A prominent example of this would be the Jedi in the Star Wars universe. They forbid their members to marry and counsel against all passionate feeling.

This concept is offensively illogical, and frankly a little disturbing. Does anyone out there really believe that the only way to do good in the world is to rip out all that makes you human? Even anger and hate have their place and can do good when directed to righteous ends.

This kind of logic is how holocausts get justified.

Getting back to Star Wars, I always viewed Darth Vader as a creation of the Jedi, not the Sith. Anakin was a man of great passion and furious emotion, and the Jedi tried to extinguish that spark. How could he not turn to the Sith in such circumstances?

By trying to force a square peg into a round hole, the Jedi created the very monster they were trying to prevent. They treated Anakin like someone who was more machine than man, so that’s exactly what he became.

Of course, Star Wars is far too simple-minded to acknowledge such complexities, and I’ve probably just put more thought into the prequels than Lucas did.

Fantasy books about princes and princesses are a dime a dozen. Honestly, I don’t think there’s anything wrong with making your main characters royalty. The problem is that writers rarely apply creativity to the concept.

The ironic thing, and the main thing that irritates me, is that fantasy writers will almost invariably bend over backwards to make their royal characters as un-royal as possible.

They always hate the trappings of court, they always wish they didn’t have such great responsibilities, and they always prefer to spend their days doing unrefined things like hunting and sword-fighting.

There was a probably a time where this idea was daring and original, but that time is long since past.

I would like a fantasy writer to create some royal protagonists who embrace their royal status. They like the fancy clothes, the pompous ceremonies, and everyone kissing their ass. You can be a hero and still be an arrogant jerk. There’s nothing wrong with protagonists being less than perfect.

In fairness, it should be noted I, too, have frequently written about royalty, but at least I didn’t go out of my way to make their royal status as small a part of their personality as possible.

I could probably think of some more, but those are the most ubiquitous fantasy concepts that get under my skin.

What are some fantasy cliches that you wish would just go away?

My latest WhatMMO article is 6 MMO Concepts That Should Be Banned.

Seriously, if I have to play one more game about rampaging dragons…

3 thoughts on “Fantasy Cliches I Could Do Without”