Kritika Online isn’t a game that’s really been on my radar. On paper it seemed to be a very generic action MMO made noteworthy only for its anime-inspired cel-shaded graphics, and even that’s not exactly unique. 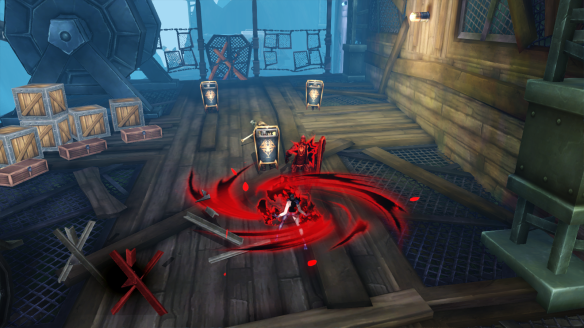 However, a faint curiosity inspired me to try the recent closed beta event, and while my expectations weren’t entirely disproven, I did find the game to be surprisingly well-executed in many ways, and it stands as a strong argument for clarity of vision in game design.

A lot of the marketing on Kritika Online talks about how you’ll jump into the action right away. This is a promise I’ve seen a lot of MMOs make, but very rarely do they deliver on it.

Kritika is a welcome exception.

Immediately after character creation, you’ll already have enough skills to comprise a basic rotation, and you’ll set off slicing and dicing your way through hordes of enemy minions.

This, really, is pretty much the entire game. You carve your way through small, linear dungeons; head back to town for a few brief minutes of handing in quests and managing your inventory; and then head back out to start the cycle all over again.

If you’ve played other dungeon grinds like Vindictus, the routine will feel familiar, but Kritika manages to pare the formula down even further. This is as a no-frills of an experience as you’re going to get. 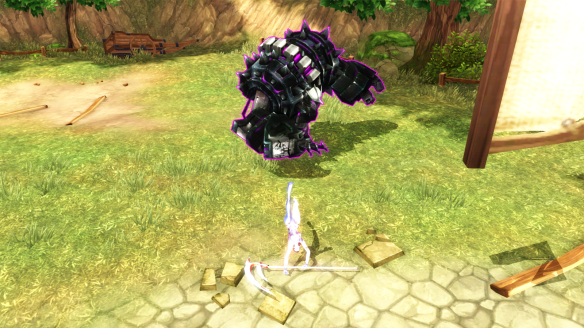 It is a very simple, very shallow game, but for what it is, it manages to work pretty well.

While visual character customization is severely limited, there is a healthy selection of possible playstyles for your character. While the class list is relatively short, each class can later evolve into one of several advanced classes, and these add a lot more variety. Oddly, the number of advanced classes isn’t equal between classes, but perhaps they just haven’t all been implemented at this stage of beta.

I chose reaper as my base class on the grounds that it has a scythe. I was rather hoping it would be analogous to the oracle in Dragon’s Prophet, an excellent class trapped in a very mediocre game. I wasn’t entirely disappointed on that front, but the class didn’t start to get really interesting until I chose my advanced class.

I picked “vamp,” which is silly name for a pretty fun playstyle. It’s a sort of melee/caster hybrid that eschews mana in favor of draining the blood from its enemies. This blood is then used to fuel the most powerful spells.

Also you can turn into a cloud of bats and eat people’s faces.

In general I greatly enjoyed Kritika’s combat. It maybe could have benefited from a bit more combo play, and there seems to be a certain degree of redundancy between some of your abilities, but overall it’s visceral, visually engaging, and just plain fun. 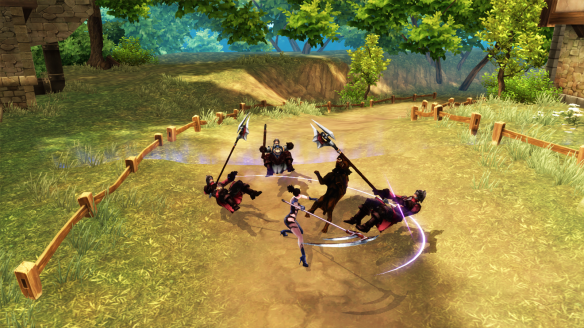 A game like this really lives or dies by the strength of its combat, and the Kritika devs clearly understood this. Hacking and slashing your way through endless swarms of trash mobs might not be the most intellectually stimulating gameplay ever, but damn if it’s not entertaining.

Something else I liked is that each instance has four separate difficulty settings that you can choose from freely — there are recommended character and item levels for each, but they’re not strictly enforced. This makes it very easy to find a difficulty that feels comfortable for you, and it’s something I deeply wish more MMOs would offer, though I grant it would be very tricky to implement in an open world game.

I also found the game’s story to be of a higher quality than I was expecting. Oh, don’t get me wrong; I’m not going to be listing it as one of the great story-driven MMOs anytime soon. But I was expecting nothing, and I got something.

Kritika’s story is very straightforward. A genius inventor created revolutionary new magical technology that vaulted society forward, but in the process gained nearly total dominion over the world and has now become a ruthless tyrant. The player finds themselves fighting alongside a rebellion to bring him down and restore peace and liberty to the world.

Again, it’s simple, but it works. It gives you a decent motivation, and the whole steampunk/magitech feel of the setting is kind of neat (though hobbled by how shallow and limited the content is). The quest NPCs actually have some personality, and the dialogue is well-translated and actually reads pretty well most of the time, if you don’t mind a little cheese. 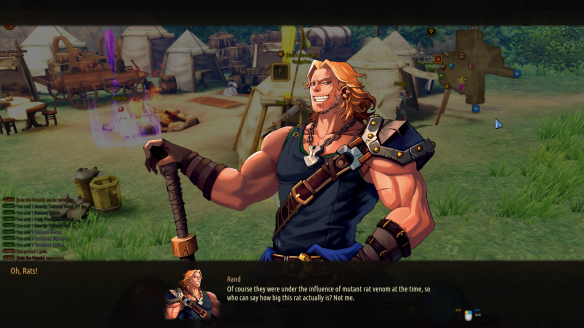 The chief downside of Kritika is that this is clearly a very, very grind-heavy game. Even as a low-level character just playing through the story, you can expect to have to repeat each dungeon several times before moving on. I can only imagine what it’s like at endgame.

This is further complicated by the game’s rather extreme version of rested experience, which severely curtails your rewards if you play too much each day. I don’t doubt there will be a way to circumvent this with real cash. In general Kritika has “overbearing monetization” written all over it.

If you’re a purist, it could be debatable as to whether Kritika Online is actually an MMO, honestly. With its tiny maps and total reliance on instancing, it’s certainly not massive. What about the multiplayer part?

One of the stranger things about Kritika is that from what I can tell it doesn’t have dedicated group content in the traditional sense. It’s entirely up to you whether you want to tackle the dungeons solo or with allies.

Realistically, I expect that grouping becomes mandatory at higher levels and/or difficulties, but at least early on it’s all up to you, which is a level of flexibility I can’t help but admire. 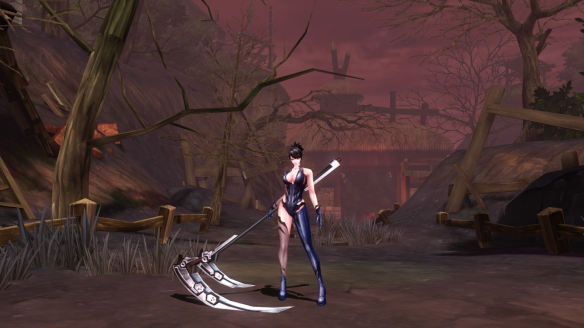 This flexibility is further reinforced by the fact that Kritika doesn’t seem to be obey the “holy trinity.” A few classes seem like they could be analagous to tanks, but I saw nothing resembling a healer. This would be in keeping with the game’s overall philosophy of removing all obstacles between you and the brutal mayhem of the combat.

Again, this is all surprisingly good design from what’s obviously a low budget game. I could see Kritika being a great game for casual, small group play. Doesn’t matter what classes you play or your relative skill levels. With no trinity and a wealth of difficulty options, it should always be easy to play with a friend or two.

When it comes to PvP, though, the news is a lot less positive. Kritika doesn’t appear to have any matchmaking. Instead, there’s just a rather difficult to navigate player-run lobby system, which I guess is great if you’ve been craving that retro 90s nostalgia. For the full effect, have someone shriek dial-up noises at you over the phone while waiting on a match.

I couldn’t find any other players near my level, so after getting curbstomped by someone ten levels above me, I decided it was time to give PvP in Kritika a pass.

The one thing I did find interesting about the experience is that Kritika allows you to spectate other players while waiting on a match. It’s a nice idea — something more games should offer. 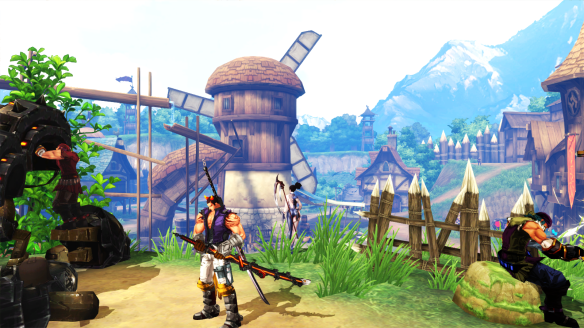 There is something to be said for a game that has a clear vision and executes it well. Kritika Online is mindless and grindy, but it was never meant to be anything else.

And as mindless grinders go, it’s not half bad. The combat is fun, the classes are interesting, the story is a little thin but adequate. It’s a fundamentally good game to play. The developers seem to have set out to make the best mindless grinder possible, and for the most part, they succeeded.

Kritika Online won’t be for everyone. I’m already losing interest. But I do admire the purity of its design, and I’d recommend trying it. Even if you don’t stick with it for long, the sheer addictive violence of it is bound to provide a few hours of entertainment.